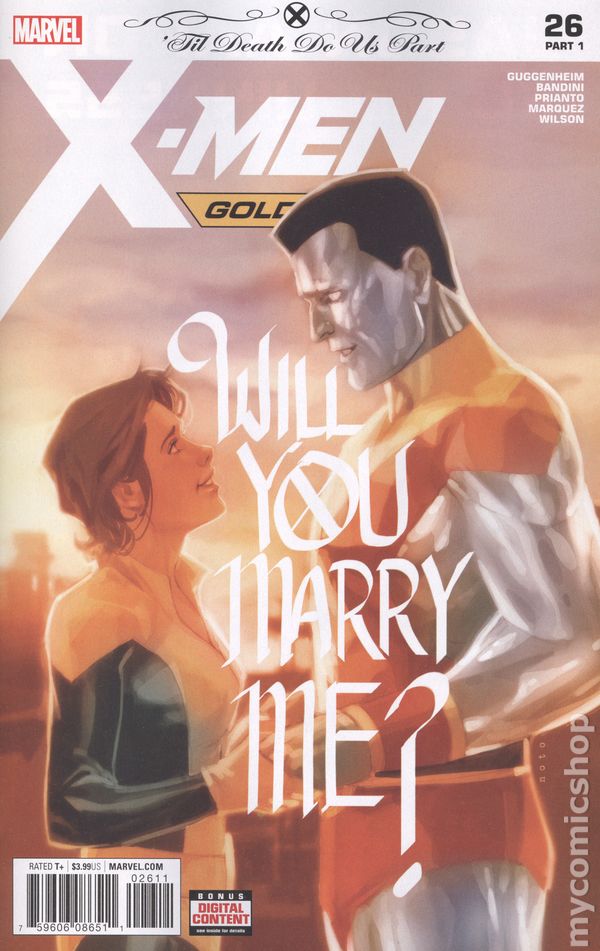 Whether DC or Marvel, both comic giants have been promoting their events of the summer for quite some time.  For DC Tom King has been, working up to the momentous event in issue 50 since issue #24 of Batman.  Batman, also known as Bruce Wayne, and Catwoman, better known as Selina Kyle, spent the issues in between and various tie-ins exploring how this new formality would affect mostly Batman’s myriad of relationships. There was the fight with baby-momma Talia al Ghul, the telling of the Robins, all five or six of them depending who you ask, the double date with Lois and Clark cosplaying, and the iconic best man requests by the Joker in the last couple of issues leading to the wedding debacle.

I use the word “debacle” here, not because it was any surprise that the Cat and Bat would not actually marry. It is more so about why or who would cause it not to happen. Like many outlets, we here at BGN had been pondering the right way to cover the pending nuptials of two superhero couples for these two major comic publishers.  There were several ideas, but in the end, we were probably just going to recap spoilers included after the issues hit the stands on the appropriate Wednesday.

BGN like many other outlets is provided advance copies of books. This typically happens the Friday before to support a timely issuance of a review.  For major events, the responsibility to not spoil the material is a skill apparently one major newspaper lost. The huge headline spoiler by the New York Times (NYT) in their Wedding Section three days before the issue dropped was devastating. 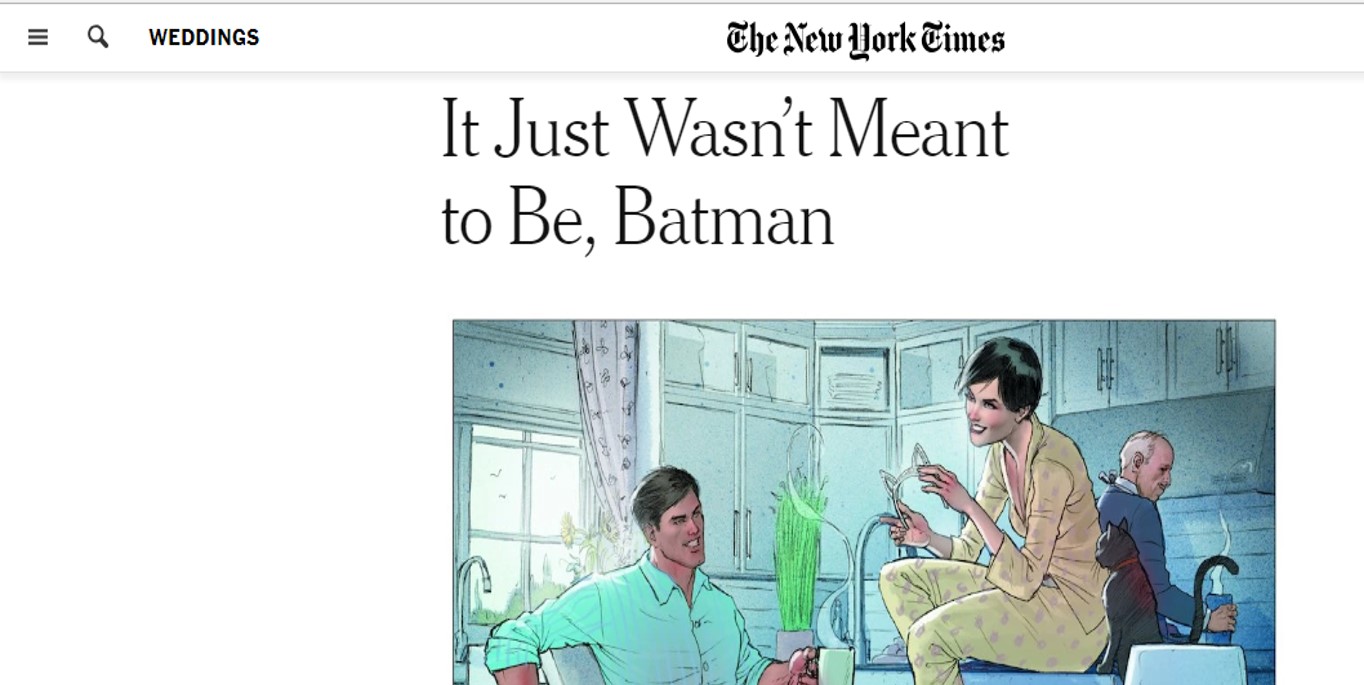 It is no secret that for a hero with tragic origins such as Batman, happiness was unlikely to last. However, there are thousands of ways the wedding could have ended.  For many, nine hundred and ninety-two of those endings include the Joker (and maybe Harley Quinn).  The knowledge that Selina left him standing at the proverbial alter was crushing and what was worse we really didn’t a choice to find out for ourselves.

The NYT’s response of “my bad” we’ll do better next time rings hollow.  The idea that DC knew, sort of, also makes me cringe.  As a comic reader and reviewer, the struggle is as a gushing over the story–or lack thereof–and discovering what ends up on the website. It’s usually just enough of a teaser for the reader to still want to pick up a copy. In some instances, this includes a tactfully worded suggestion to skip it altogether or wait until it goes on sale for 99 cents somewhere. The NYT’s actions and its hollow apology essentially dismissed the importance of the event to fans.

With Marvel, Peter Rasputin, Colossus of the X-Men, and Katherine “Kitty” Pride, also known as Shadowcat, proposed to each other (it seemed like) every two issues of X-Men Gold.  There were hints that someone was possibly getting cold feet. But for anyone who has followed the couple, Peter’s dedication to Kitty gives the impression that if anyone was going to back out it would be Kitty.  Jump to the wedding issue, and yep, you guessed it. She backed out at the last minute.

Now here’s the thing, the big twist was not the jilted Russian (sounds like a drink during Comic-Con, right) who did decide to get married. (Watch this NYT, we will not tell it all here.) If you follow comics even a bit you know those rogues at Marvel gambled by including a classified polybagged variant cover by J. Scott Campbell, which included the actual couple who got married on its cover.  Way to go with the reveal Marvel! 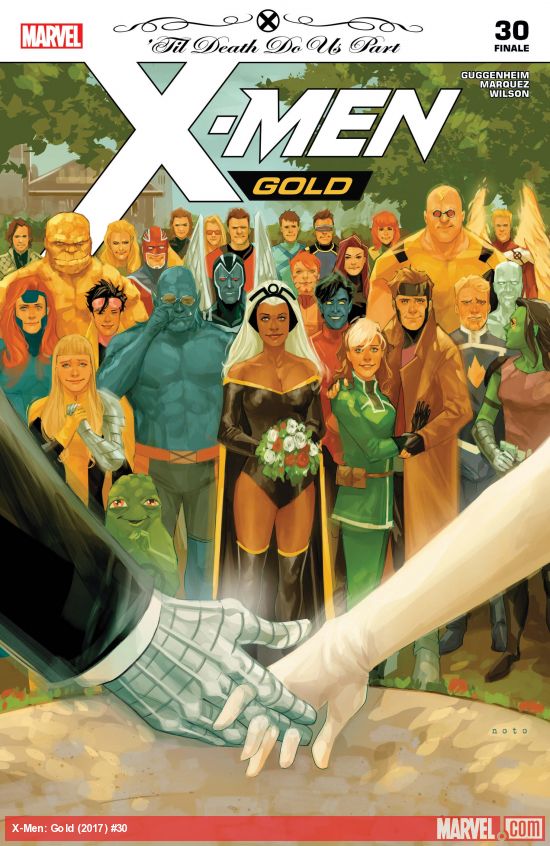 Going forward the NYT indicated that they would do better next time.  If I were DC, I would put them on a time out for ruining the reveal. There has been some defense of the NYT with folks saying that it wasn’t that bad. Really? Comic books were originally built on the concept of the cliffhanger–some big decision or occurrence that makes you want to get to the next issue.  Not giving the comic enjoying public the option to savor the story is inexcusable as it eliminates the reason to even buy the book. The newspaper can prevent this by simply doing a better job of keeping the reveal out of the headlines and graphics of the comic. As a comic store owner, I believe the fact that I still have copies of issue 50 on the shelf is a direct result of the NYT’s carelessness.  There are a lot of other sentiments I would like to say. But, I will not so my editor will not have to rein them in.

Instead, I will just leave with – really?