Short Version: An Old-Fashioned shoot-em/Farce that is quintessentially British. Featuring a hilarious cast of characters Free Fire is; a short plot, long on laughs, frenetic, yet entertaining genre film.

What would happen if you transported the cast of Guy Richie’s Snatch – with Brie Larson to the seventies, locked them in a warehouse, with double the contents of Deadpool’s duffle bag? Ben Wheatly’s Free Fire attempts to answer that very question. Premiering at the Toronto International Film Festival, last September Free Fire has a simple premise – gather an outlandish group of rouges, give them an arsenal, a suitcase full of money, manufacture a little drama, and see what happens next. For the cast of Free Fire what happens next is an increasingly ludicrous series of events are equally violent and hilarious. Alliances are formed just as quickly as they are broken, while everyone tries as hard as they can just to make it out alive. 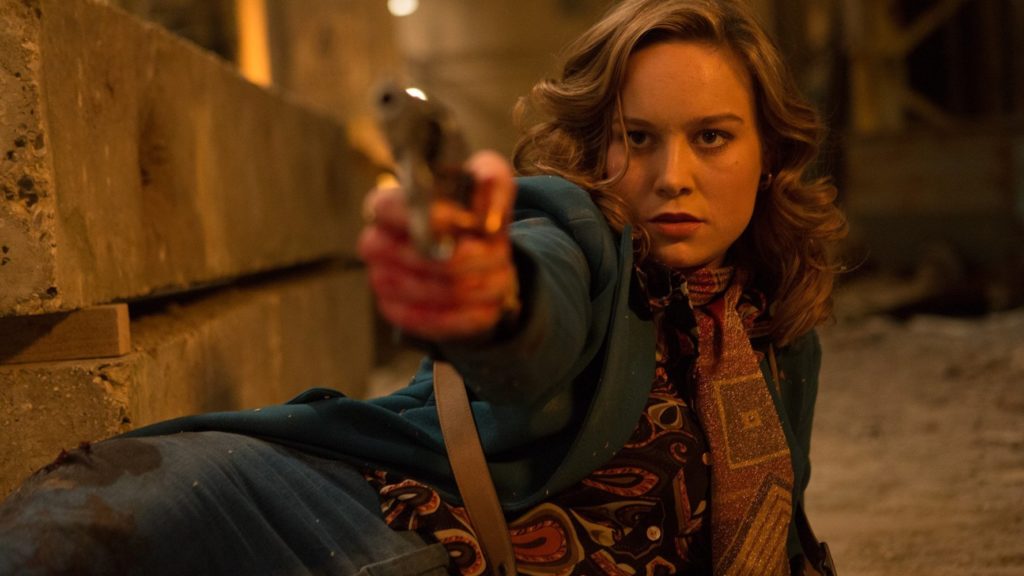 After seeing Free Fire, I can officially say, I really like Brie Larson in one room movies. Her Oscar-wining performance in Room is about a far away from her role in Free Fire as you can get, but it must be said. I say lock her up and let the camera’s role. Playing a dynamic female character in a boys only, brash, and bullet-laden action-comedy is a tough needle to thread. But Larson kills it as Justine and gives just as good as he gets. Ord the negotiator (Armie Hammer) is the only neutral party in the arms deal that brings the characters together. The buyers are comprised of an Irish Republican Army operative Chris (Cillian Murphy), the group leader Frank (Michael Smiley), their chief negotiator Justine (Larson), and the muscle of the outfit Bernie (Enzo Cilenti) and Stevo (Sam Riley). Playing opposite, are gun-runners led by Vernon (Sharlto Copley), Martin his lieutenant (Babou Ceesay), as well as, the skittish Gordon (Noah Taylor), and hotheaded Harry (Jack Reynor). One could almost give, the location, a portside warehouse an acting credit as well. Much of the action is enhanced, and a significant portion of the plot is advanced, because of the location’s advantageous, or at times prohibitive logistics.

Each character’s performance is strengthened early on with exaggerated idiosyncrasies and dialogue similar to epic comedies of the period. Free Fire is like Stanley Kramer’s It’s a Mad Mad Mad World with guns instead of cars. Every member of the ensemble commits to the absurdity to provide a memorable performance. Sharlto Copley’s turn as Vernon, the creepy yet comical gunrunner, however, is a cut above the rest. Over the top character performances often get discounted when examining an actor’s body of work, but I think we should all take note of what Copley has been doing the last few years. He’s become a cinematic chameleon. No matter how off-kilter the role he always delivers an authentic performance. 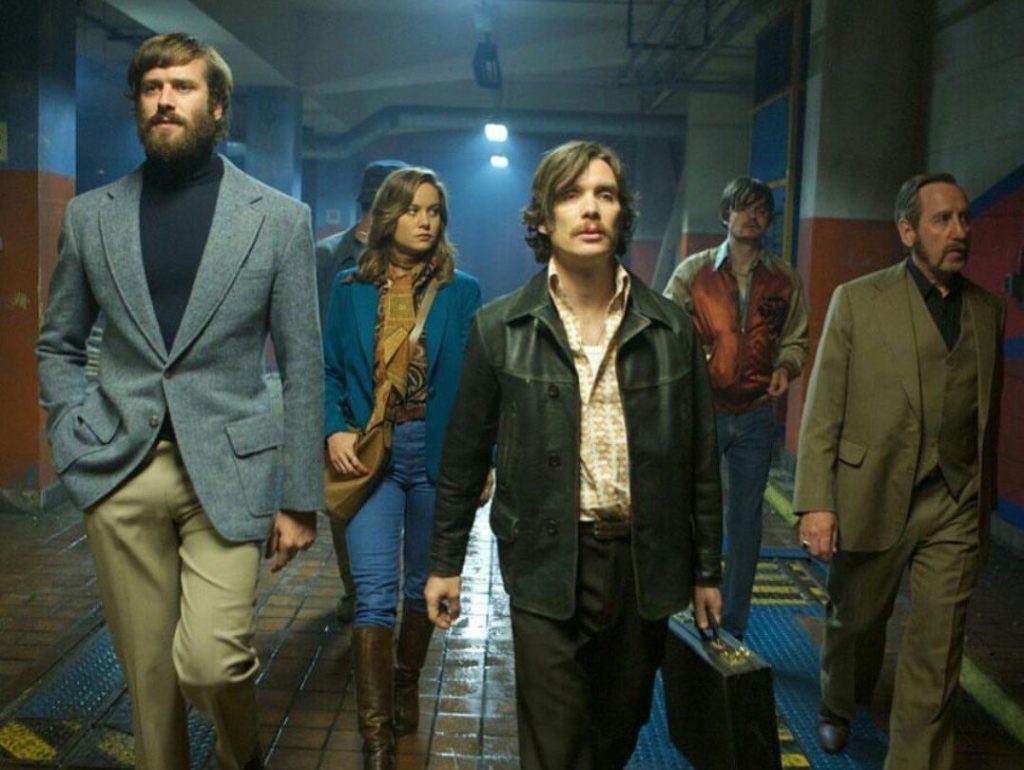 Once the tenor of the various characters is established, the film wastes no time before is places them in an adversarial position. Then at the peak of confrontation, with guns drawn, Wheatly freezes the action. We are left at a complete standstill, or in this case a standoff, just moments before things pass the point of no return.  Some of the players are trying to diffuse the situation, some are trying to escalate, and some just want to escape as quickly as possible. Everyone, including the audience, is struggling to figure out what happened to spiral things out of control, so quickly. It’s in these final moments before the bullets fly that Free Fire really shines. Some of the biggest laughs happen when the cavalcade of charters verbally spar over what to do next. I loved that we didn’t immediately jump into the shootout. Instead, Wheatly leaves the audience on a knife’s edge tension. The delayed skirmish increases the anticipation so much that when bullets do start flying, both the characters and the audience are caught off guard.

Peppered throughout the film are the fingerprints of other directors, and at times it comes off as a weak imitation. Tarantino and Richie clearly influenced the film, but I would’ve liked to see a bit more originality within the construct. While I think it’s fair to pull from these films, you must make a concerted effort to galvanize that narrative. Many films have a similar style and plot, so I understand it’s difficult to set a film apart. However, the cast in Free Fire is more than up to the task. As much as I liked the film, the material was not equal to actors performing it. Free Fire is indeed a missed opportunity to innovate the genre, but it’s still a fun ride. Everyone should absolutely check it out, the chance to see Brie Larson in action before Ms. Marvel, and Copley’s performance, easily makes it worth watching.