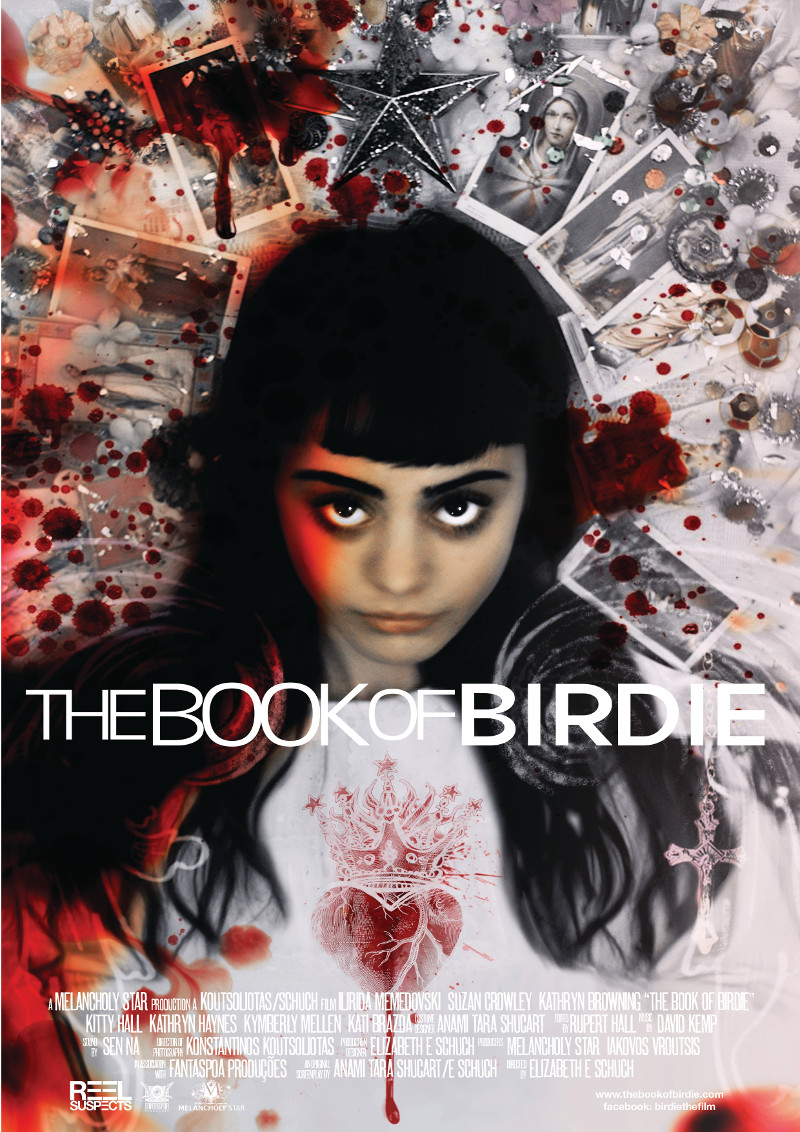 Who can forget the most memorable moment in William Shakespeare’s Macbeth? That moment when the strong feminist character, Lady Macbeth, told her husband that a little bit of water washes them of their sin. Her blood-soaked hands were made clean, but her obsessions with blood continued throughout the play. That obsession even continues now, in modern times and off the theater stage.

Women and blood have been associated with one another since before the Renaissance. This connection is made even clearer when looking at blood as it is associated with fertility and life. A similar focus on blood is observed in the film The Book of Birdie, which is composed of vivid scenes of the nunnery, mesmerizing camera angles, and intensely beautiful landscapes. All these elements fuse together to present a feminist and very feminine, depiction of soft horror and fantasy onscreen. 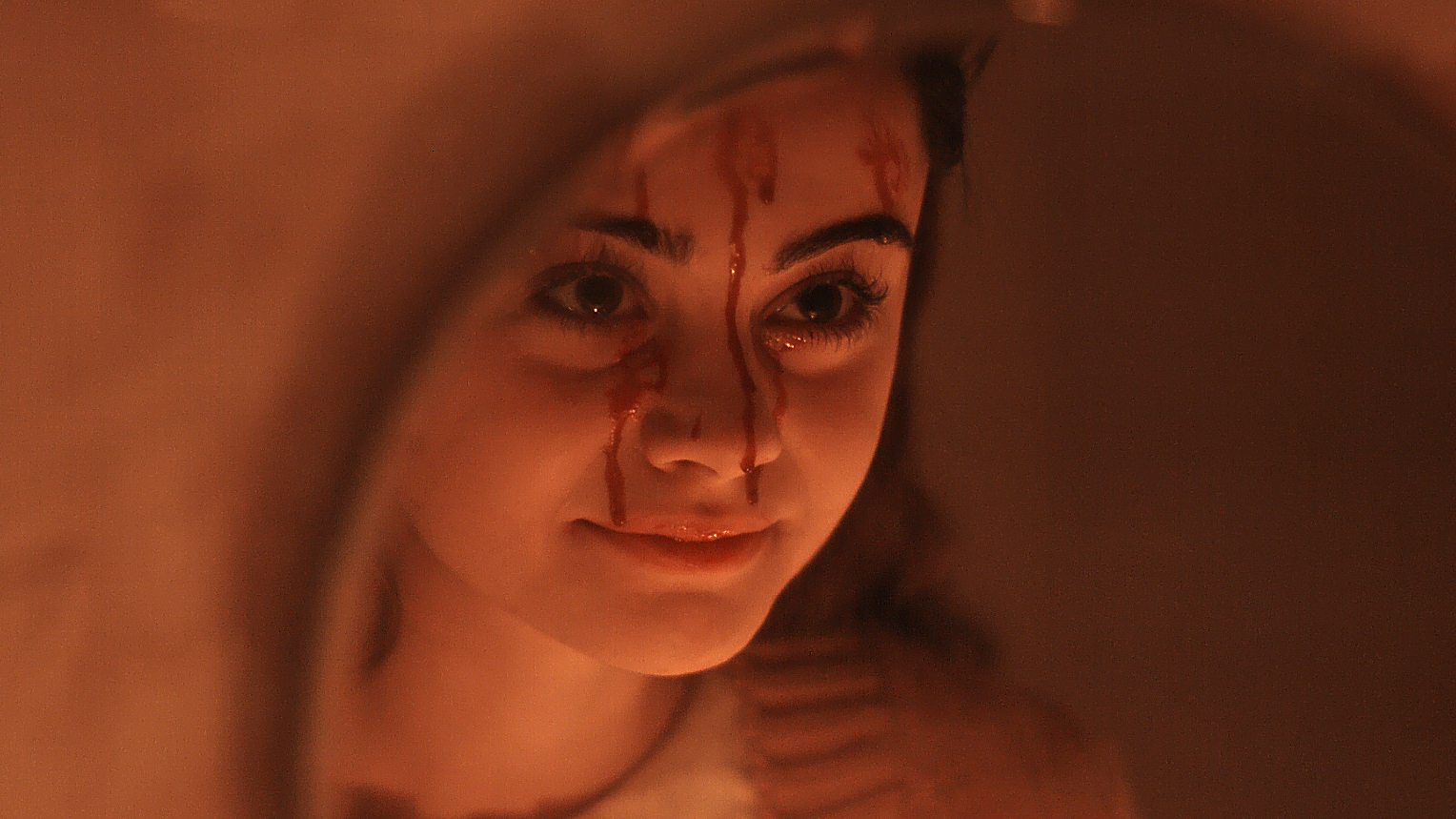 Writer/director Elizabeth E. Schuch is a London based a co-writer of the Book of Birdie along with Anami Tara Shucart. Together, these two powerhouses are able to construct a film that deals with issues women face. The lead is Ilirida Memedovski who plays Birdie, a character who has a fascination with blood. She is often seen filling bowls, sinks, and even her bed with it. Her menstrual cycle is heavy and seems to flow out of her so easily.

The opening scene is of Birdie’s grandmother (Kathryn Browning) leaving her at the convent. Birdie, a quiet, timid girl takes to her surroundings, but still retains her sense of self. She keeps a vestige of her past life with her at all times. While at the monastery, she brings to explore her own spirituality in a multitude of ways. Birdie creates a connection from the physical world to the metaphysical and sees the world in this way. She philosophizes ideas like if not seen something then it must not exist. A personal truth is explored in this film, exposing to audiences what is real, and what is not. Also posing the question, how is evil or goodness defined in terms of religion? 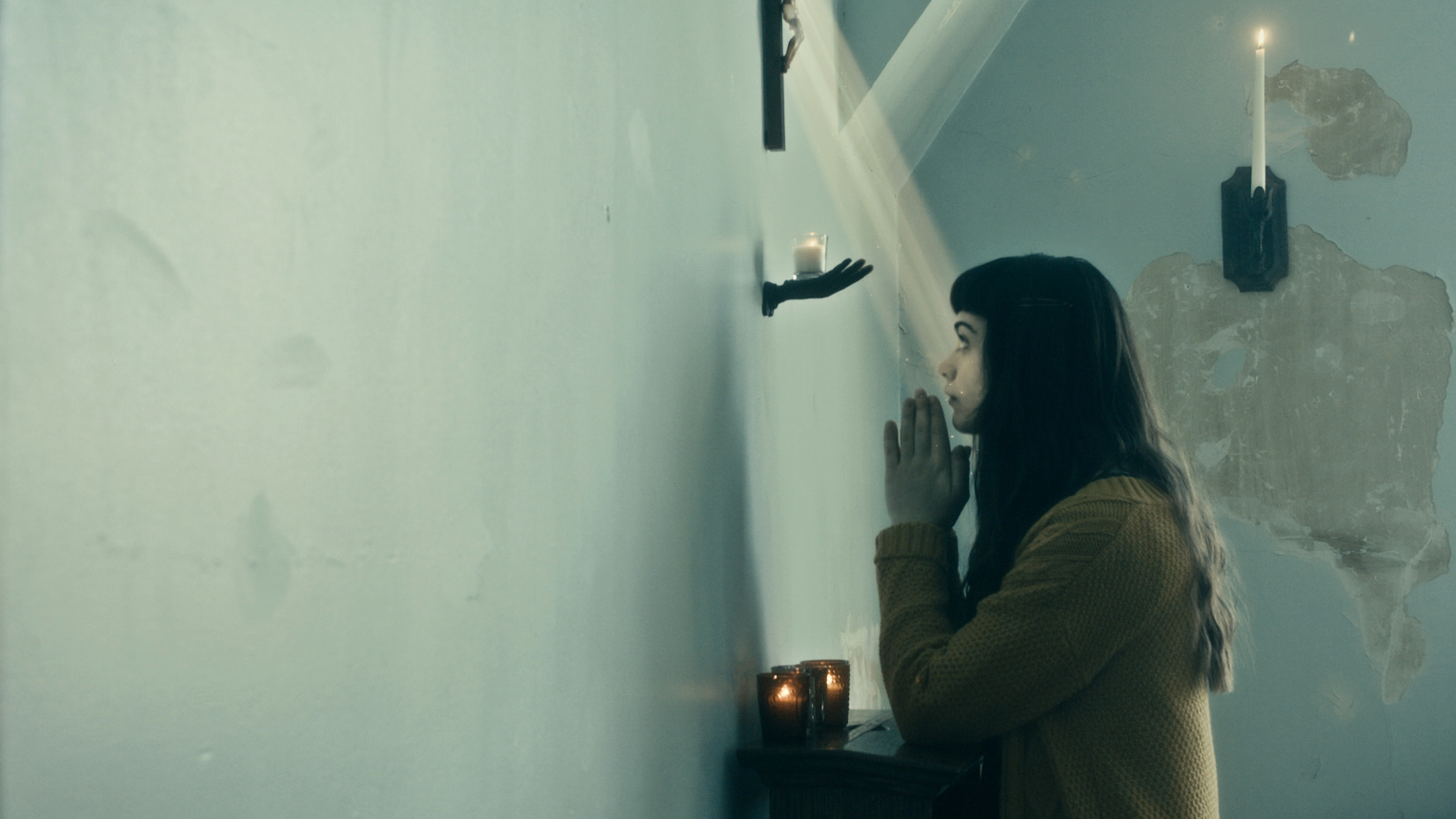 Every fall, the season of fear creeps up on us. During this period, we go out in an attempt to find things that spook us and frighten us in the dark. Often what frightens us more than sociopaths, mass murderers, and monsters are that which we do not expect. It is not always scary dolls or demons. What makes The Book of Birdie so terrifying is that it includes elements of demonic apparitions, ghost, and stigmata. The exaggeration of menstrual bleeding makes for an even more frightening image. The film pointedly captures that this aspect femininity is one that many find disarming. Some find the imagery grotesque to the point of excruciating discomfort.

Schuch’s personal interests shine through in Birdie’s with her fascination with comic book heroes. Birdie’s interest is no doubt influenced by the undercurrent of the director working on Wonder Woman. Her artsy craft and devotion to the character have undoubtedly translated into a penetrating dramatic motion picture. The film utilizes sparing lyricism for this, channeling the golden age of feminist and women empowerment films.

The Book of Birdie is one film that captures the beauty and veracity of being a woman. Mirroring what Shakespeare accomplished centuries before in Macbeth. The film captures the essence, in a literal sense, of femaleness. But it, unfortunately, fail to capture the greatness of Shakespeare’s essence. 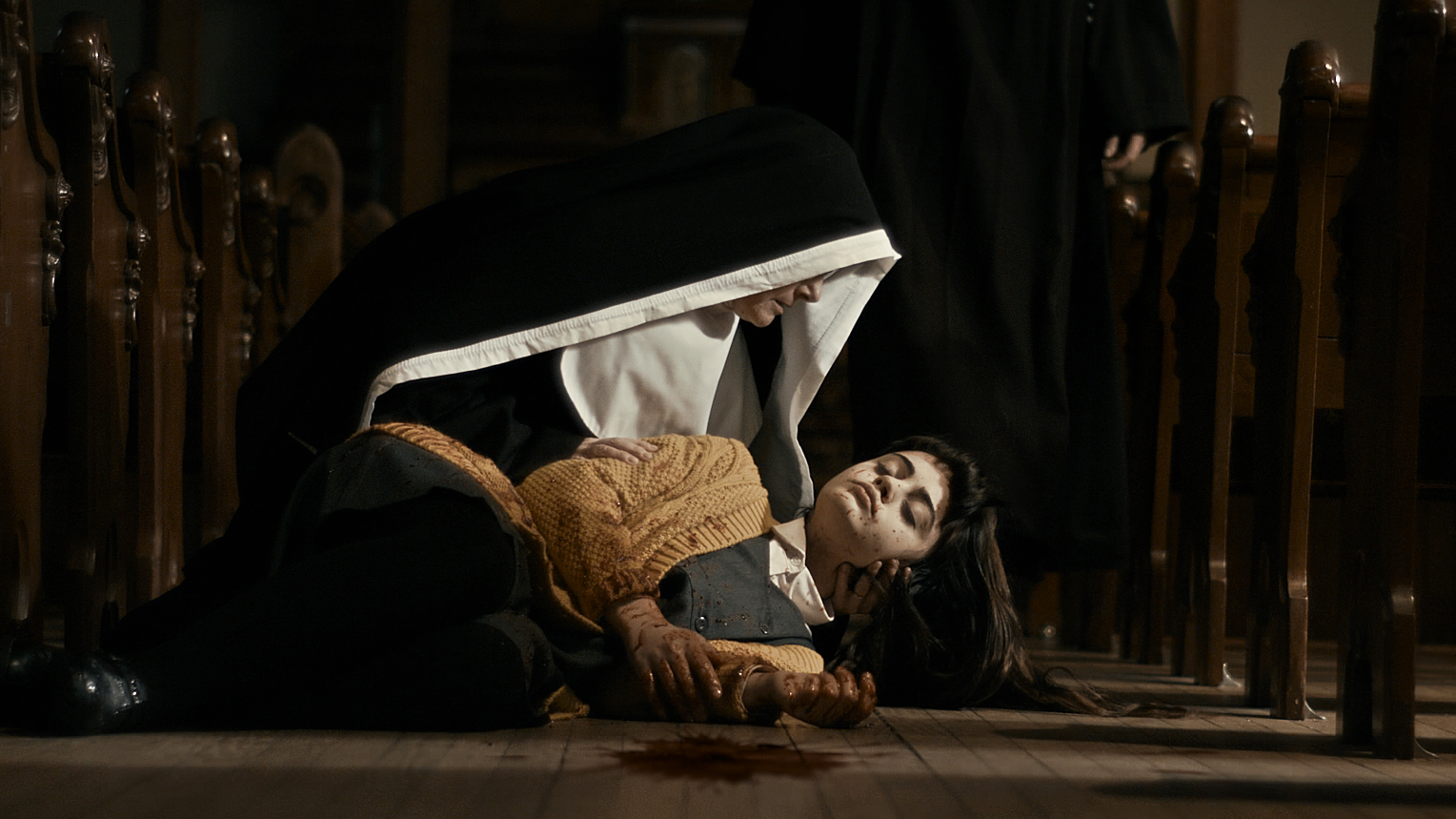 The comic book feature is explored in not only the interests of the main character, Birdie but also in how the narrative is told. The story is a post-modernist depiction of gothic fairy-tales. Resembling perhaps more closely the Brothers Grimm’s fairy-tales and their dark stories. In the film, there are comic graphics that separate the scenes from one another. It is in those graphics that construct this as a post-modern film. Those images give more insight into the narrative. It is a pretty combination of graphic art and movie scenes.

The plot of The Book of Birdie blurs the lines of angelic and skeptic, mental illness and mental wellbeing, and the bodily and spiritual. These categories are gorgeously poised to produce a stunning film that highlights womanliness. It reflects Shakespeare Lady Macbeth in a perfectly feminine way. This is a must-see for anyone who is wanting to step out of the male gaze of horror and into the female gaze of fantasy.