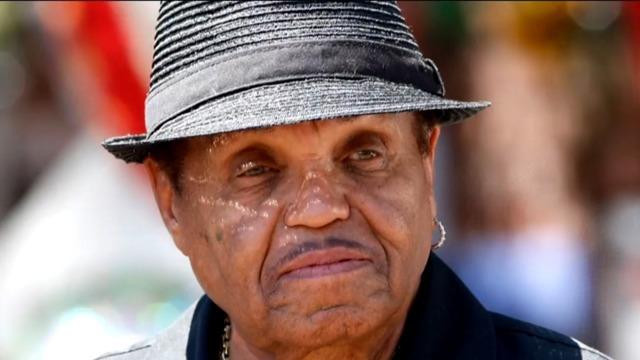 The Jackson family patriarch died just two days after the ninth anniversary of his son, Michael Jackson’s death. Joe Jackson, 89, died Wednesday morning after a battle with pancreatic cancer. Fans gathered outside the family home to pay their respects. BGN spoke to a few of the mourners.

Angela Burnham of Hammond, Indiana, arrived at 2300 Jackson Street, Gary, IN late on Wednesday evening dressed in black and silver carrying a poster board and marker. She wrote, ‘R.I.H. [Rest in Heaven], Joe Jackson,’ and invited those who stood in front of the gated home to sign their names and write comforting messages. 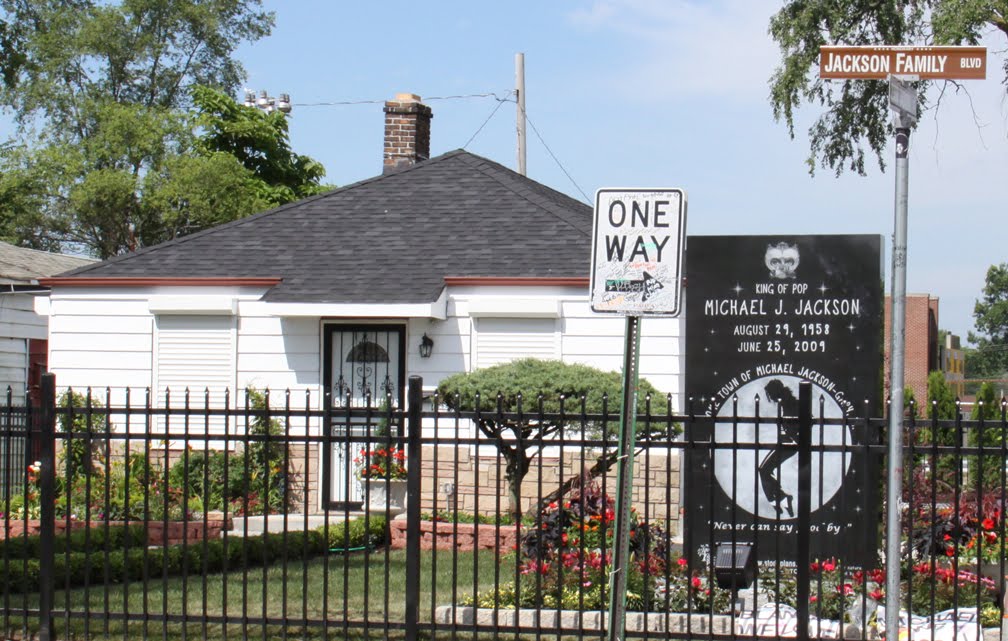 Burnham spoke candidly with BGN about the late “Papa” Jackson and his controversial relationship with his kids.

“Joe was a good man who worked hard for his children to become who they are. I don’t have anything negative to say about him. He kept his children out of trouble and kept them focused. They would not be the entertainers they are if not for him and their mother, Katherine,” Burnham said.

Burnham works as a Janet Jackson impersonator with Lady of Distinction DJ and Entertainment Services in Gary. The company’s founder, Carmen “DJ Queen” Cortez, and Burnham were there to host a brief candlelight vigil in front of the Jackson home with a small group of fans. Cortez said Joe Jackson called on her entertainment services— specifically Burnham and other Jackson impersonators–for the annual celebrations of his son Michael.

Joseph Walter Jackson was a former Inland Steel mill worker who lived in East Chicago, IN before moving to Gary. A guitarist, Jackson’s aspirations of becoming famous turned to making his nine children–Tito, Jackie, Jermaine, Marlon, Michael, Randy, Rebbie, LaToya, and Janet; a tenth son and Marlon’s twin brother, Brandon, died at childbirth in 1957–musical superstars.  His tenacity for discipline and perfection from his children over the years were infamous and regularly over the years in the press.

However, fans like Maurice Grant, who recently moved to Gary from Houston, Texas, saw Joe Jackson was just an “old school” dad.

“He wanted the best for his children. He kept them off drugs and the streets. Yes, he may have been strict, but what parent wasn’t? He was a good father and grandfather,” Grant said.

Tracy Carter of Merrillville, IN, shared this opinion. Carter said her mother called her about Joe Jackson’s death. Carter, who is the newest lead singer of a local band called, The New Heights Band, had just returned from a Minneapolis visit to Paisley Park.

She told BGN, “I heard a couple of days ago about Mr. Jackson being very sick, so this is a sad day,” she said. “He was an old-school dad. He did not play when it came to getting things done. He made good and bad choices, but he made their dreams and his dreams come true. My dad did not play when it came to us getting stuff done. We kind of need that now, in my opinion.”

Michael Jackson impersonator Isaiah Stevenson of Gary showed off his dance moves in the street. He wore a black fedora and danced as “The Way You Make Me Feel” played loudly from his car stereo. Stevenson had a CD of songs by Michael Jackson and the Jackson Five. 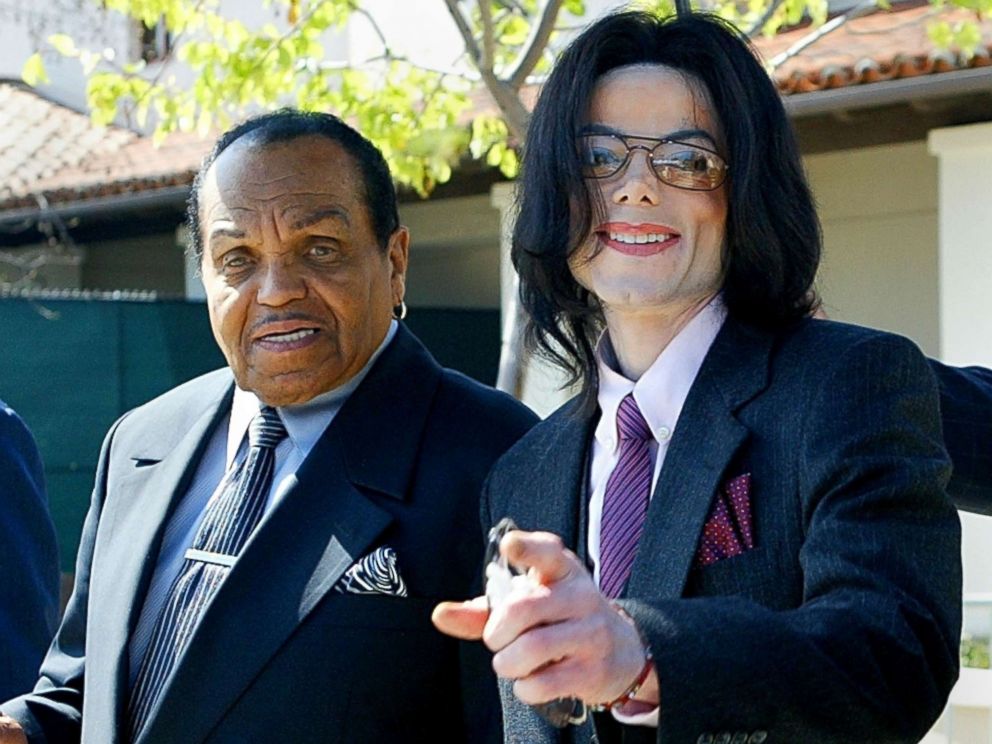 “I’ve been impersonating Michael since I was 10 years old. He and his brothers and sisters inspired me to love music. I was in shock and disbelief when I saw the news about Joe Jackson and double checked on the Internet to make sure it was true,” Stevenson said. When asked what he thought about Joe Jackson’s legacy, Stevenson said he believed the man loved and cared for his children. “Despite what the world thought about him, he wanted the best for his children. He did everything he could for them.”

Ronea Dennis-Davis, also from Gary agreed. She said Joe Jackson was a real father who pulled no punches when it came to caring for his children. “Unlike some of the fathers, you hear and read about, now…Joe was definitely old school. Old school fathers made you appreciate your life more,” she said.

As the evening continued, more people arrived at the house and took group photos at the gate with the former Jackson home in the background. Paraphernalia like stuffed animals, balloons, and homemade signs surrounded the front door as fans from all over the world, traveled to Gary to pay their respects.

The small home’s exterior received a major makeover in 2010, prior to the one-year anniversary of Michael Jackson’s death. Prior to that, the property was open and often had fans standing on the lawn, which was what occurred when Michael died, June 25, 2009. Today, the childhood home is heavily gated with memorials etched in the some of the concrete sections behind the gates along with statues of children and animals in the front and back yards. An abandoned home next to the Jackson home was also purchased, gated and renovated to prevent foot traffic towards the legendary home. 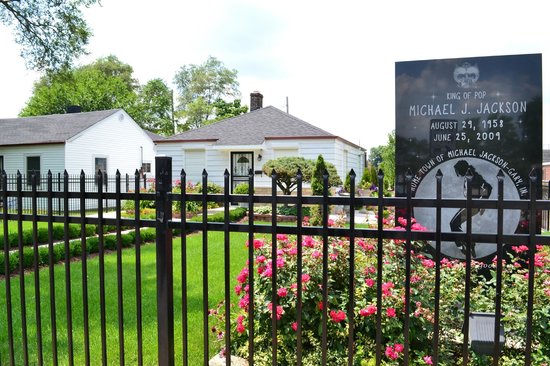 It is uncertain whether a tribute to Joe Jackson will happen in the city or on the west coast. Burnham said she hopes Gary holds a collaborative tribute to Michael and Joe Jackson in August around Michael’s birthday, August 29.

BGN will keep you posted on the decision when it’s made.

Lisa D. DeNeal is a freelance writer and author living in Gary, Indiana.