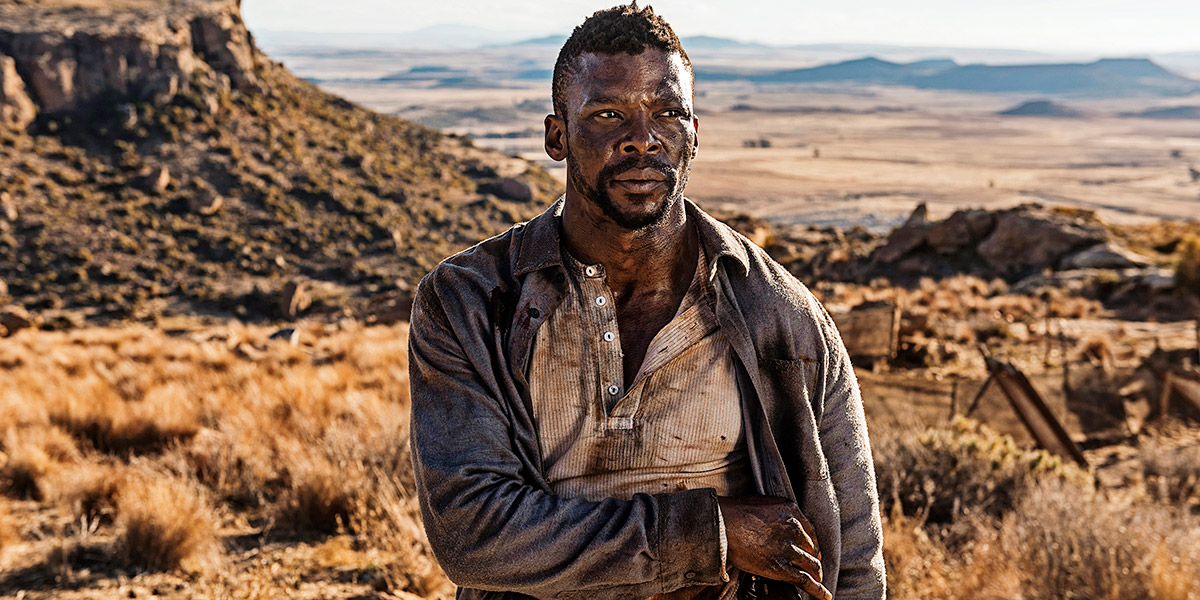 In the film Five Fingers For Marseilles, a Western and action drama about the small rural town of Marseilles, we learn that any home worth its weight in value is also worth protecting.  Directed by Michael Matthews and shot in a very small, rural, town called Lady Grey in the Eastern Cape. The setting of the movie begins twenty years ago when five young fighters make a pact to ride together to fight against brutal police oppression. Now, after years of being away, Tau (Vuyo Dabula) returns as a pariah and drifter back to Marseilles; seeking only a peaceful pastoral life. When he finds the town under a new threat, he must reluctantly fight to liberate the community. 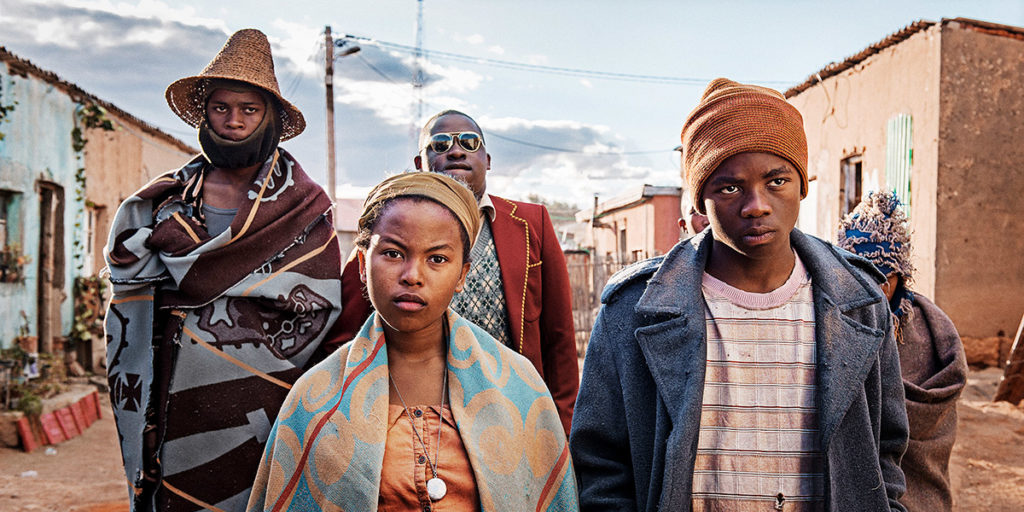 The five fighters, who refer to themselves as the “Five Fingers” are a group of misfits in their own right. Zulu, the leader who is fearless.  Unathi (Aubrey Poolo), the pastor, and storyteller. Luyanda (Mduduzi Mabaso) the broken one called “Cockroach”. Bongani (Kenneth Nkosi) also known as Pockets, the rich one. And Tau the lion, who is also the fastest ruthless and meanest.  The group is rounded out by Lerato (Zethu Dlomo), who is the heart and soul of everyone.

There is a connection between Tau and Lerato, who have shared a kinship since they were children.  There isn’t a love story between these two per se, but if things were different in both of their lives, it’s likely these two would be married with a family. Each of these characters is seeking one thing with the exception of the antagonists and that is peace within the community. Tau becomes the King of his people in the metaphorical sense when he fights to protect what is left of the town that has been corrupted by vigilantes and has scared the townspeople into losing all hope of what is left to be salvaged. Tau inevitably carries the weight of his duties and responsibilities to not only his people but to himself. 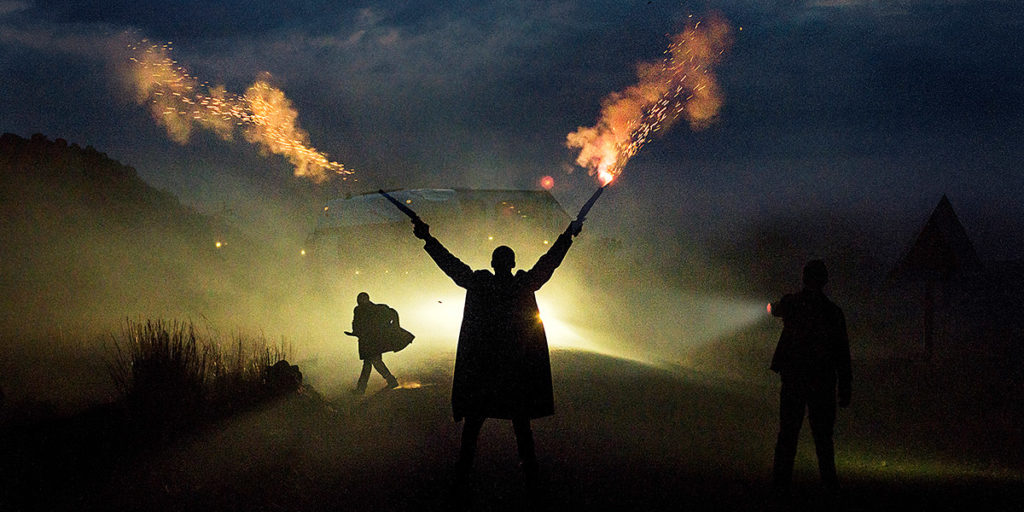 The main villain and antagonist in this story is the character of The Ghost along with his minions called The Night Runners. Keeping with the traditional formula of the Western movie genre, his rag tag team of miscreants ambushes and is a menace to the residents of Marseilles which he seeks to take over for his own.

What was distinctive about the principal characters in this film are that each is represented by their moniker as it’s introduced in the beginning of the film.

Zulu, the leader. Fearless
Unathi, the pastor, and storyteller
Lerato, the heart and soul
Luyanda the broken one called Cockroach
Bongani also known as Pockets, the rich one
Tau the lion and the fastest ruthless and meanest

We see the characters become adults and in some cases, their namesake becomes both a blessing and a curse. The main villain Ghost is terrifying and everything you would expect and more as the personification of evil. His voice will haunt you well after the movie ends as his drawn out syllables and deep register will give you goosebumps.

Vuyo Dabula who plays the lead role as Tau gives a stunning performance as a cowboy, rebel, and an outlier among the rest of the main cast. However, although his character encompasses these qualities, we feel empathy towards Tau and can relate to his pain, his loss, and his victories. Vuyo gives a sensational and alluring performance that will have audiences intrigued about this actor for years to come. The high point of the film was the big confrontation between good guys and bad guys. In a typical spaghetti western formula, this duel that takes place was one of the standout scenes in the movie.  Although the plot is consistent from start to finish, the low point for me was the film’s ending. I won’t give away too much obviously, but I wish it could have ended a different way. I will say though, I can’t dismiss the film’s reason and cause for its delivery on its ending; since it is incredibly plausible as to why the story went into that direction. 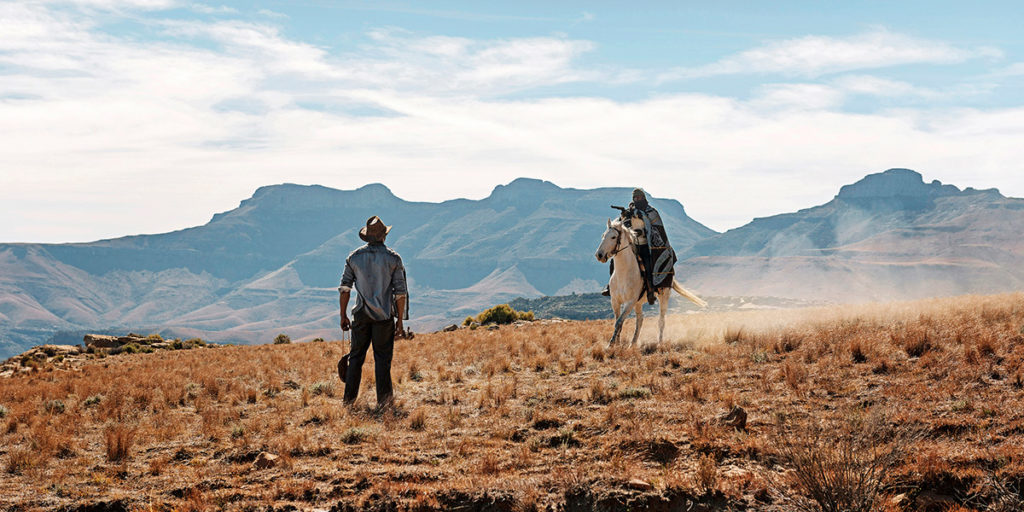 Although Five Fingers For Marseilles by definition of the genre can definitely be considered a Western, however, it’s unlike any Western I’ve seen. Most of my film knowledge in this genre are strictly American Westerns, but this South African adaptation feels more like a coming of age story that just so happens to deal with horses and cowboys.

The cinematography in Five Fingers For Marseilles by Shaun Harley Lee is so incredibly well done and executed perfectly. The establishing wide shots and beautifully lit close-ups of brown skin in various light settings were crafted just right. 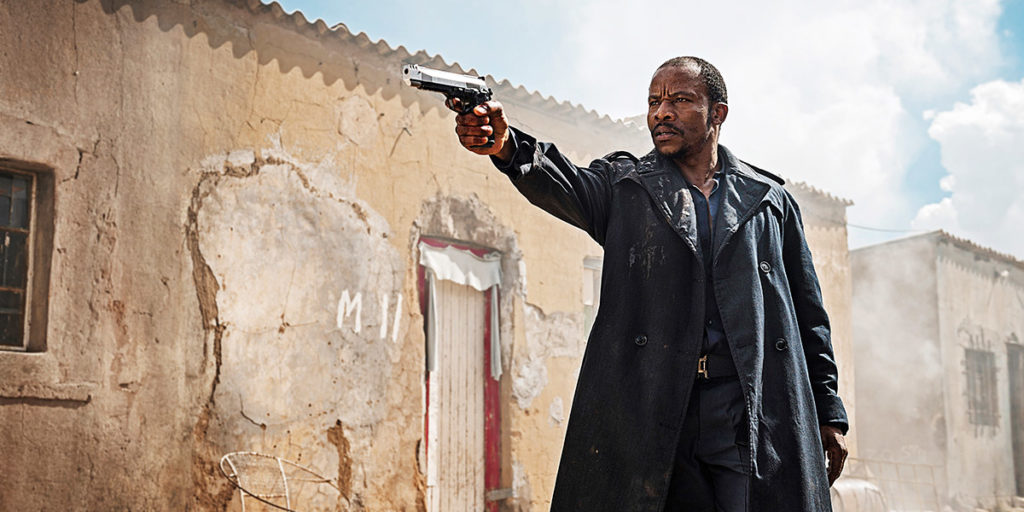 Overall Five Fingers For Marseilles is definitely worth your time. If you are someone that is interested in high action dramas with steady pacing, gorgeous photography, consistent themes, and breakthrough performances then this is one film you do not want to miss.

Five Fingers For Marseilles premieres this week at the 2017 Toronto International Film Festival.