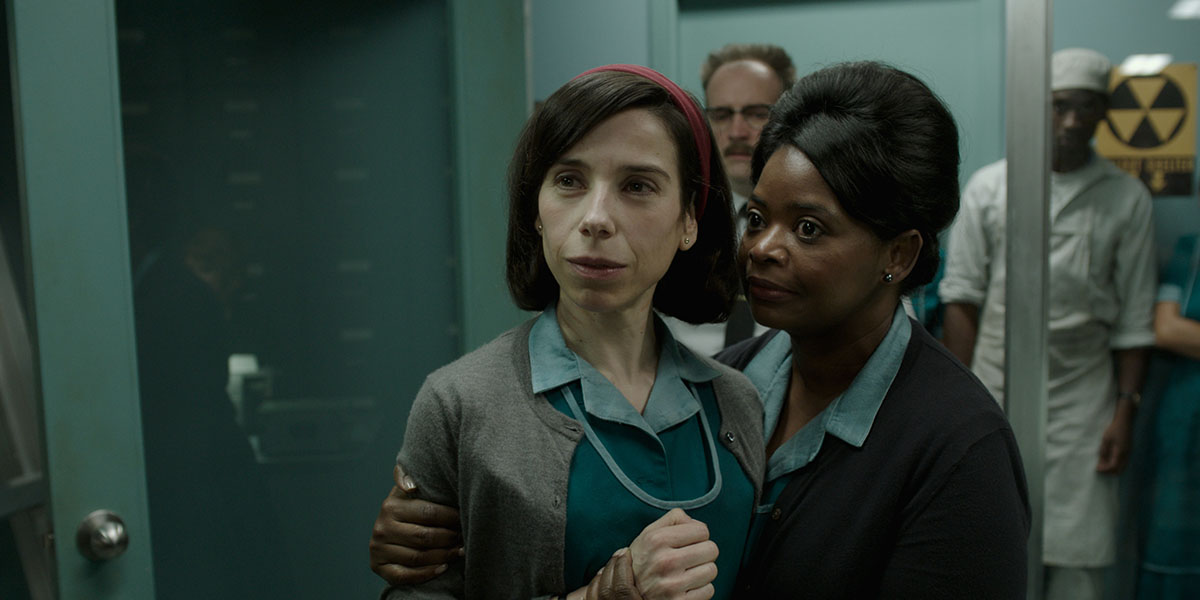 The Shape Of Water which premiered today at the Toronto International Film Festival is a 1960s fantastical romance set in the Cold War era starring Sally Hawkins, Michael Shannon Richard Jenkins, Doug Jones, Michael Stuhlbarg and Academy Award winning actress Octavia Spencer.  Directed by Guillermo del Toro (Pacific Rim) he shares the story of Eliza Esposito, a woman who lives a mundane and monotonous life. You can tell she’s looking for something more and that is finally fulfilled when she meets the beast of her dreams.

The Shape Of Water is a love story through and through. An unlikely romance unfolds between a lower-middle class cleaning lady named Eliza (Sally Hawkins), who works at a high-tech US government laboratory and an alien amphibian (Doug Jones) referred to as “The Asset”.  As it begins to develop, their relationship is complicated by US government intervention and its nefarious minion Strickland played by actor Michael Shannon. 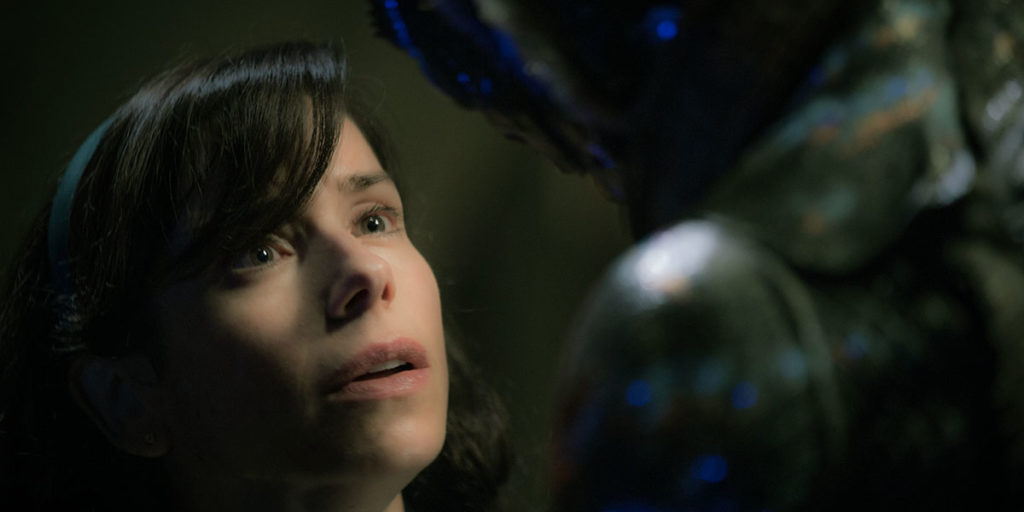 Initially, we are led to believe that The Asset is both a danger to itself and others since he is held in captivity. However, that changes when Eliza opens herself up to The Asset by offering it a single boiled egg. Eliza who is mute but has the ability to hear, uses sign language to communicate. It is this very method that allows The Asset to correspond clearly with Eliza over other human beings. His intelligence is quick and sharp as his learning curve to understanding things like food and music surpasses most living species.

These star-crossed lovers tell a fantastical and metaphorical tale about those of us who feel othered and marginalized. Eliza as a low-wage earner with the inability to speak and a monster who is seen as the beastly outcast. Their love for one another is forbidden, and there are some parallels drawn from the queerness of Richard Jenkins’ character of Giles (whose advances towards another man are rejected) to the taboo relationship between The Asset and Eliza. There were also some beautiful parallels with respect to the incessant use of water in this film and sexuality. Eliza’s sexuality could be represented as being fluid and that she doesn’t identify as anything.

Here’s another layer that del Toro taps into this liaison. Eliza and Zelda (Octavia Spencer) are not only co-workers but close friends. Zelda a Black woman, living in 1960s America and seeing images of Black people tear gassed, sprayed and hunted by dogs on national TV; understands even more what it’s like to be treated less than human. She never judges Eliza for her love affair with The Asset and she works to help Eliza hatch an escape plan once his safety is compromised.

There were some delightfully dark humorous scenes throughout the film. The scene that I believe most audiences will remember is when Eliza and The Asset have an “interesting encounter” and yes I am using air quotes as I type this, but let’s just say; as Eliza describes the moment to Zelda in hand gestures, we can only imagine how profound their “interesting encounter” actually was.

Octavia Spencer as Zelda was a delight and although her role was more supportive and didn’t stand out as much as I would have liked, she did a superb job in being the anchor between Eliza and The Asset. She also delivered some great comic delivery throughout the movie. 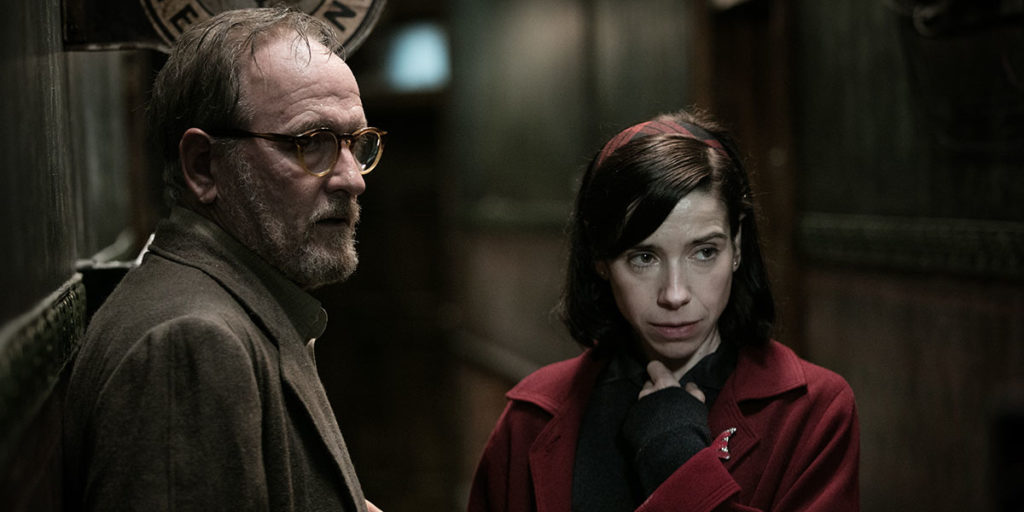 The stand out performer in this film is the incomparable Michael Shannon. Yes, he does tend to play some of the same oddball and detached villainous characters, but because he does it so well, it made sense that he was Strickland in this film. This biblical verse preaching character that is all about rules and laws was very reminiscent of his exceptional role as Nelson Van Alden in the HBO TV series Boardwalk Empire.

There are a lot of metaphors del Toro uses in this film that makes this love story easy to understand. Aside from the obvious metaphor of fluid sexuality with respect to the theme of water, there’s also the use of a hard boiled egg as a symbol of love between our two leading protagonists. Through various scenes we see eggs being boiled in water, and then we see Eliza hand over a hard boiled egg to The Asset the first time they meet. She cracks the hard outer shell of the egg and bites into the soft boiled and mushy part of the egg. The soft interior is The Asset and his kind heart which makes him more human than most. Eliza looks past the outer shell of his monstrous appearance and sees the soft and mushy part of the egg.

The Shape of Water may be a bit weird and jarring to most, but it played to me like a beautiful and whimsical love story that anyone can relate to. Especially to those who do feel like outliers to what love is supposed to look like.

The Shape of Water premiered this week at the Toronto International Film Festival.