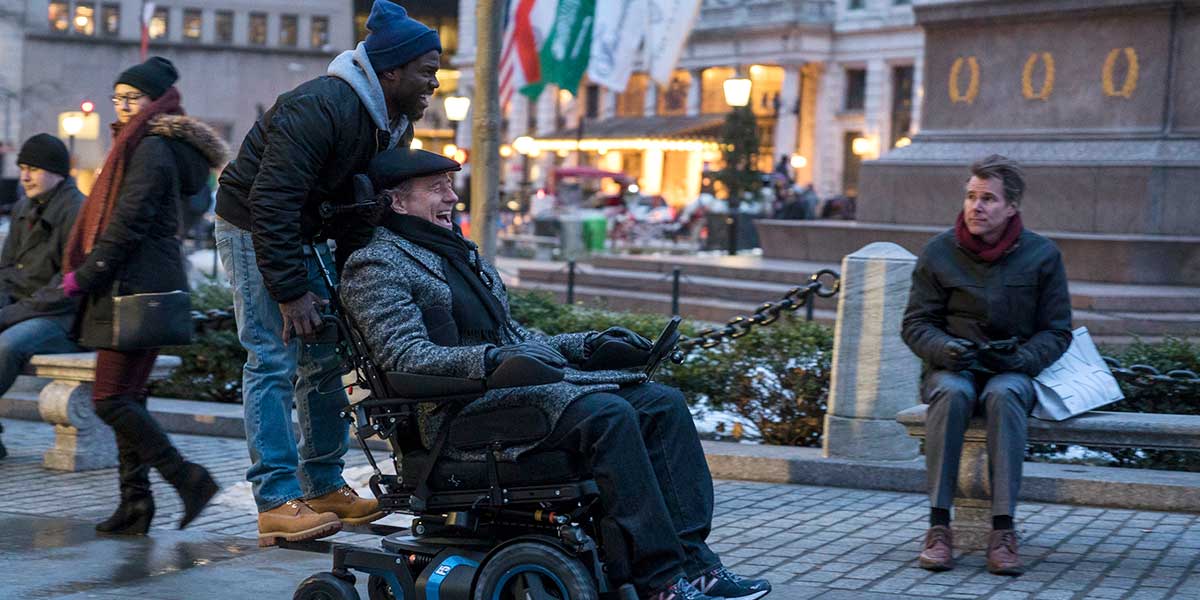 Based on a true story and also a remake of the French hit The Intouchables, The Upside premiered this week at the Toronto International Film Festival.  This dramedy directed by Neil Burger (Divergent, The Illusionist) and produced by The Weinstein Company; is about an inconceivable bromance between two men from opposite sides of the spectrum.  Dell, played by Kevin Hart, is an uneducated ex-con with no financial stability. He applies for a position as a caretaker, only for the purpose to show his parole officer he’s actively seeking employment and meets Phil (Bryan Cranston).  Phil is wealthy millionaire investor and author who requires 24-hour care as a quadriplegic.  Yvonne (Nicole Kidman) is Phil’s executive assistant who believes Dell is unqualified and reluctantly assists when Phil hires Dell for the full-time position.

The setting of this story takes place in New York City, New York.

Kevin Hart per usual delivers most of the laughs in this film, Cranston is able to play off of Hart’s humor incredibly well as the two go toe-to-toe at times trying to one-up each other’s comedic delivery in the movie. The funniest scene involves Dell and Phil in an awkward situation. During his first day on the job, Dell has to insert a catheter in Phil to drain his urine. Dell with absolutely no medical training experience whatsoever and his fear of even saying the word “penis” turns into a scene that becomes increasingly humorous and awkward at the same time. It’s just one of many moments these two opposites share in The Upside.

Oscar-nominated actor Bryan Cranston is superb in his performance as Phil, a wealthy investor, and author whose life has changed forever when he was paralyzed in an accident, which results in him becoming a quadriplegic.  There are moments of grief, anger, happiness and more that Cranston conveys in his role without the use of his arms and legs. He only has his facial expressions to use in each scene which speaks volumes. 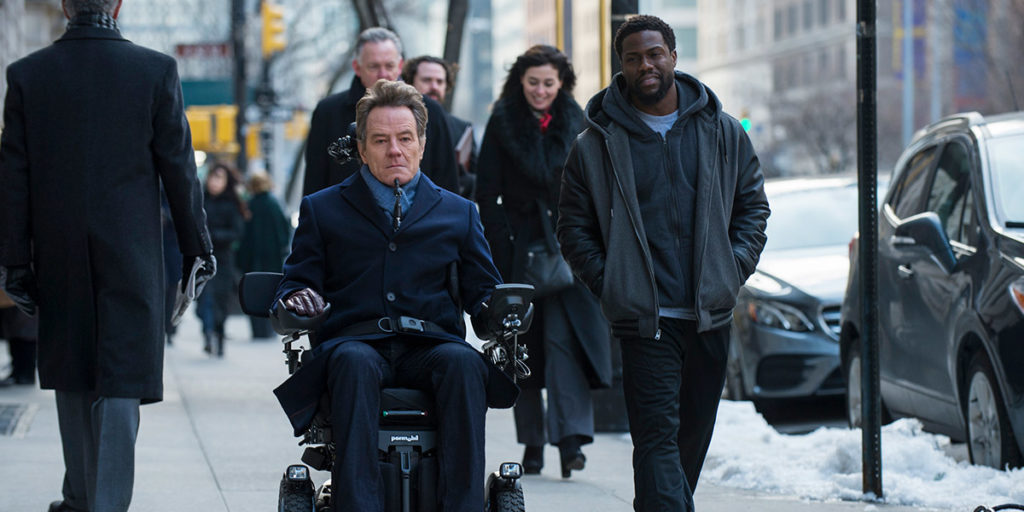 Comedian Kevin Hart in his first lead role playing it straight and not inundated with slapstick scene after scene; transforms seamlessly as the ne’er do well father trying to do right by a family he abandoned most of his life while incarcerated.  Hart brings the heart into a lot of this film, yes the pun is totally intended.

If this film wasn’t based on a true story, I would immediately assume this movie is a replica of every other movie I’ve seen. We’ve all seen it before, the film where two people from completely different backgrounds who both live unsatisfying lives randomly connect and find out that they are actually more similar and share a common thread. And in turn, learn something from one another and work to rebuild their lives from learning the morals of each other’s story. I will say that although The Upside brings nothing new in terms of a unique narrative about this type of relationship, it offers a lot of laughs and is a feel good movie.

The plot is consistent, but let’s be honest, we’ve seen this kind of movie before. The white privileged rich misanthrope with no social life finds solace and friendship from the underprivileged and poor Black character who helps him to rediscover joy in his life. The pendulum does swing both ways as Phil’s character also resurrects life into Dell and he learns to care again and become a better father and husband for his family.  However, it’s just not enough to avoid how tropey the story becomes as this bromance blossoms.