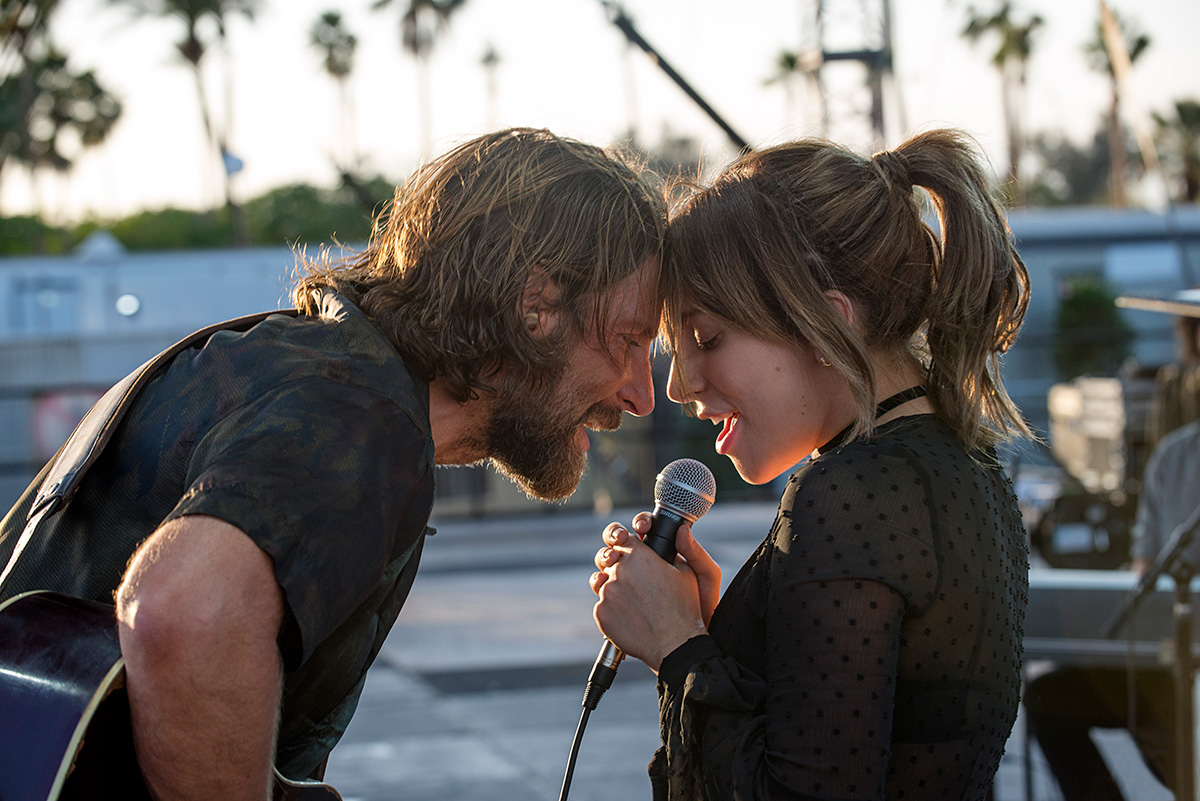 I walked into the A Star is Born screening with knowledge of the basic story and a familiarity with the Barbara Streisand rendition. I also carried the hope of eventually seeing Judy Garland in the role that Lady Gaga has taken over. I was ready to compare this film to the rest of the legacy. At the very least, I’d see how Bradley Cooper’s directorial debut handled the story of sex, drugs, and rock n’ roll that is now cemented in pop culture canon.

In the words of Tiffany Haddish, “I wasn’t ready, ya’ll.”

I was not ready for the way Cooper’s cinematic storytelling took my hand in the opening scenes and led me through the tale using cuts, uncomfortably close shots, freezes, and other filmmaking devices. I was not ready for Lady Gaga’s warm alto vocal notes. They filled the room and surrounded me like a warm blanket from the dryer on a snow day only to yank my emotions wherever she wanted them to go the next in the song. I was not ready for the incomparable onscreen chemistry between Cooper and Gaga as Jackson Maine and Ally. The duo held my attention when the cinematic stylings and vocals were resting for their next turn at the helm of the story. I wasn’t ready for the level of storytelling that was this complex and a deliciously riveting addition to the A Star is Born legacy. 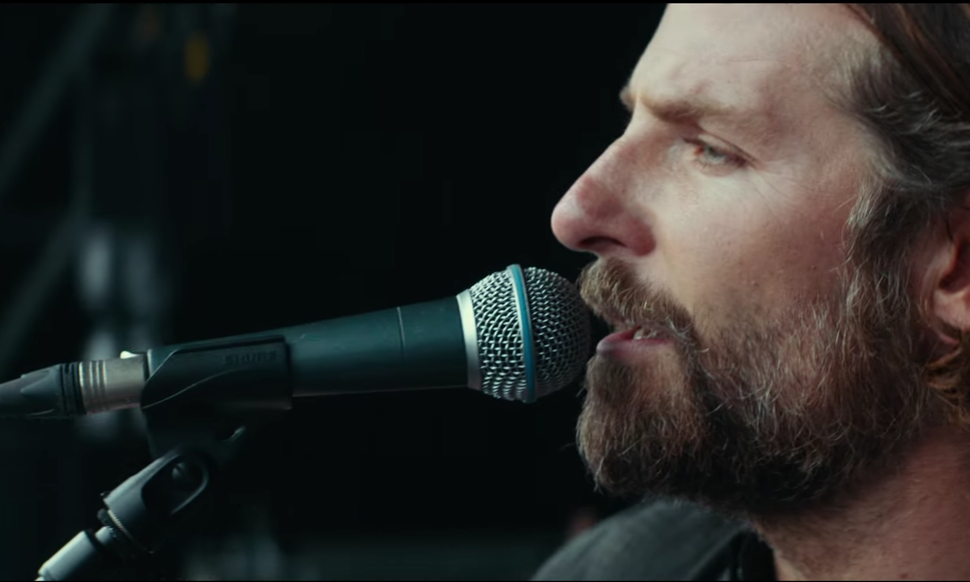 The Cinematic Stylings of Bradley Cooper–Storyteller

The very first introduction that the audience receives with anyone in the film is the imagery of pills tumbling from a prescription bottle into an unsteady hand. They are hastily chased with brown liquor swirling around ice cubes in a glass tumbler. The rest of the world around these items is blurred, but still moving.

Cooper as a way of freezing the whole world while simultaneously allowing it to keep moving. It reminds me of comic splash pages that have one smaller frame superimposed on top of it and dead center. Imagine that the splash page has a greater battler going on. However, that one frame in the center has zoomed in on something important that we mustn’t forget as we move through the story. Those pills and brown liquor are motifs that will repeat for an important reason–take note of that now. Meanwhile, the story is moving on.

And it does keep going. Cooper as Jackson, walks onstage and tickles those steel strings on his guitar in just the right combination. The rifts roar to life and fill the room offscreen. Jack croons into the mic in a gravelly low and husky tenor that is all stale cigs, sour whiskey, and dive bars. The show has begun.

With just those opening elements, it is apparent that something is very different about this story—this film. The close look at the important things and the way that the shots are composed of elements that force us to delve into our sense memory for a relationship are just a few of the ways that Cooper’s technique controls the story.

He later brings us so close into Jack and Ally’s romance, their first kiss, making love, and even their fight. The shot makes us uncomfortable, but not enough to look away. Instead, those tight shots that are so close that we see Gaga’s wonderful laugh lines work to draw the audience further into the story. It carries us deeper into the world Cooper is building scene by scene, shot by shot.

We feel the heat coming off the couple in their first sex scene. The shots are so close that it spurs the sense memory of sweat, pheromones, and last night’s party. Some of you may be more impressed by the nude shots in this part of the movie, but that only means you aren’t up for the film’s complexity in the first place. However, The way that Cooper manipulates the camera and orchestrates every piece of narrative is only one of the pieces of the film’s success.

The Scene-Stealing Voice of Gaga

The camera work and editing only work if there is something more to grab the audience and remove any distraction that may creep into minds between the big changes in the story. Ally’s songs with Jack do just that. This is a film about a woman rising to stardom while loving a man who is on his way in the opposite direction, so there is a lot of singing. In Cooper’s version of A Star is Born, however, those songs are far more than placeholders. Gaga breathes her warm alto vocals through Ally’s character, cradling us in our seats and blocking out any distraction as we watch the doomed love affair. Her powerful crescendos and voluptuous melodic stylings tease us along in places where Cooper’s camera can’t go in some scenes. In others, it lays the ground for the cinematics to slide in and carry us just a few steps further into the story.

The first example of this is when Jackson first meets Ally. She is singing in a drag bar, seducing the crowd. As she sings, Ally makes her way from the stage to the bar. She is headed for her friend Ramon (played by the adorably freckled Anthony Ramos), but he has brought someone to meet her. Ally’s version of “La Vie En Rose” creates the atmosphere of the smokey bar, while it reaches out and forces our faces forward and onto the screen as she performs.

Then, she makes eye contact with Jackson. The camera takes over and freezes on a bust-style portrait of Ally’s face—obviously from Jackson’s gaze. That frame sits on the splash page of the woman singing in a smokey bar, an act that hasn’t actually stopped. It doesn’t matter. Cooper makes us feel like the world stood still for Jackson, and for us in the audience experiencing the moment of “love at first sight”. The vocals set the tone and hold our attention long enough for the cinematics to point out another important landmark on the journey through this story.

The Actors’ Chemistry Carries the Film 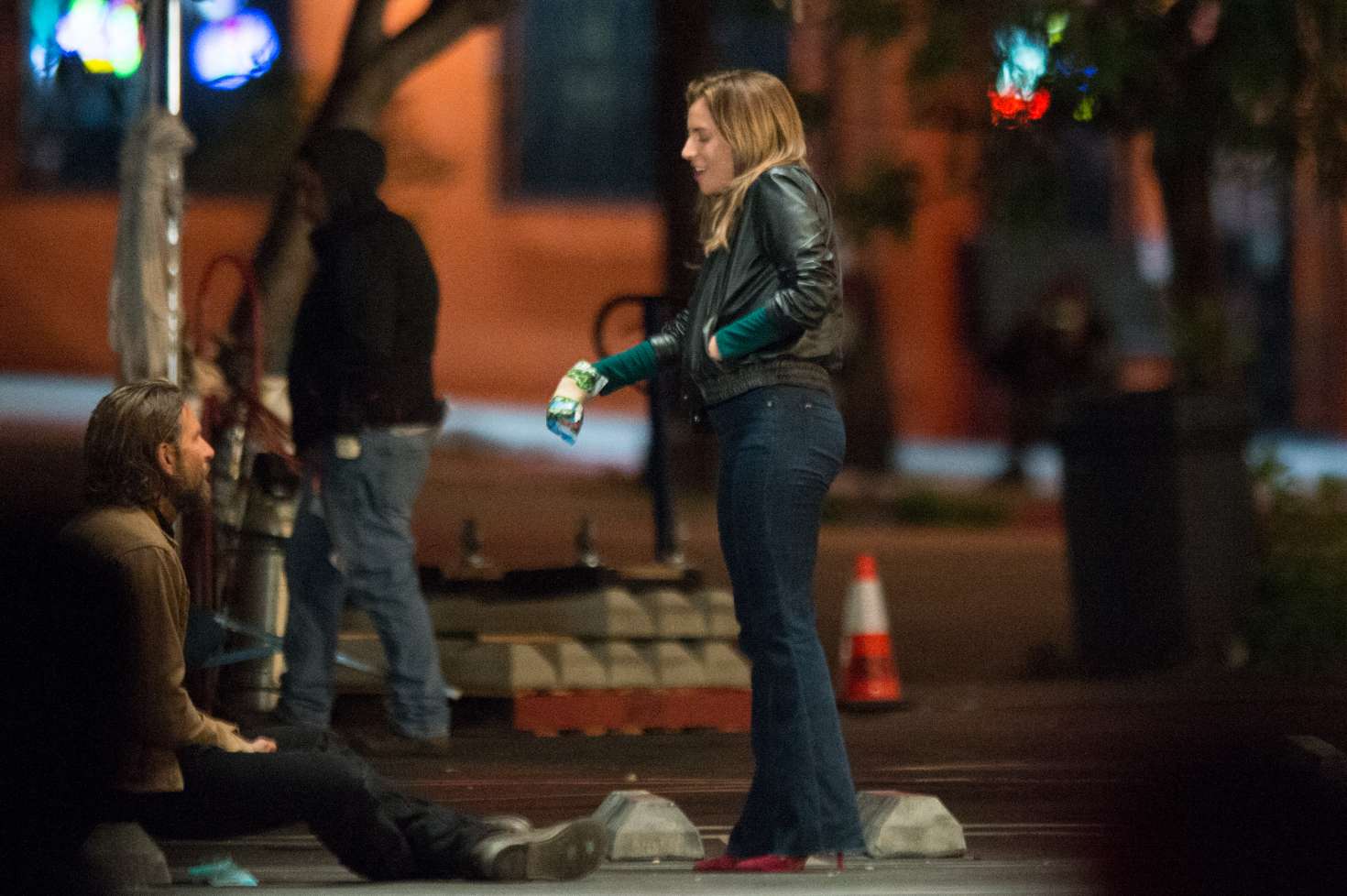 Gaga and Cooper not only merge their respective arts to make this film, they also have a chemistry that makes the love story feel real, and like something worth investing ourselves in. Ally and Jackson are broken souls in their own way who find and love one another as if they were always made to do so. That’s always been a huge part of the A Star is Born story. In this version, Gaga and Cooper have an intensity and a comradery that feels like that one couple you know who are made for one another, living in their own bubble.

People may evoke Angelina and another Brad when talking about this chemistry in the coming weeks. However, I argue that this is something different. Theirs isn’t the same lust or passion. These two embody their characters so well, they become Ally and Jack. I think that’s part of what makes them fit so well. The rest? I’ll have to view the film a few more times and get back to you on that.

It All Comes Together in the End

We don’t have to have a full answer on where the chemistry comes from, though. All of the elements already come together to make A Star is Born the film remake that should be proudly added to the other three versions as a worthy update. The cinematic work is a gentle guide, while the vocals act as a shield against distraction–also an atmospheric dressing–and the chemistry between the actors offer up a reason to allow Cooper control of two hours of our lives. Together, they make the film worthy of discussion as an awards contender and a movie with lasting power.

The film is not without its problems. Dave Chappelle has a stellar performance in the last half. The role, unfortunately, seems to carry a bit of the “magical negro” treatment. Meanwhile, the treatment of the suicide tropes featured was not handled well throughout. Despite the problems, the groundbreaking storytelling that merges the cinematics and the music must be discussed. That does outweigh the social issues for now. For now.

The ending is an example of the greatness this version of A Star is Born will become known for. Ally is on stage as a bereaved wife, but also a star in form of a packed crowd. She opens her mouth to sing a moving song that already jerks tears when it was introduced earlier. Tears jerk at the corners of eyes throughout the theater in the opening bars.

Close up, intimate. Ally’s facial muscles tremble from the song, and the fight to hold back that watery well of grief.

The song builds up and carries with it the pressure of mourning, of a woman in pain trying to be strong. In the audience, we push back until its painful. Eyeballs leak.

Gaga/Ally reaches the chorus about remembering her love. Cooper and his camera are taking us too close. I can feel the dam inside my eyeballs reaching their limits. The rush of hundreds of noses sniffling tells me I am not alone.

Then, Cooper launches a flashback.

Go see this movie, nerds. I just hope you are ready. I am just thankful to the reporter next to me who brought tissues to share.

A Star is Born premieres across the country October 5, 2018. Here’s a look at the trailer to tide you over until then. And yes, we gotta wait for the soundtrack too!