The first trailer for The Predator reboot teased an ensemble cast worth fangirling over. Keegan Michael Key, Sterling K. Brown, Thomas Jane, Trevante Rhodes, Olivia Munn, and Boyd Holbrook. The predator monsters were revamped to be more advanced and militant. We were promised a new experience that would still scare, but also tell a new story from the eyes of a more multicultural, multitalented group of actors.

That’s not what happened during the premiere of The Predator.

It started when director Shane Black came onstage, just before the movie started. He talked about the “misfits” in stories, films, and how he wanted them in his contribution to the Predator legacy. When the film began to play, it quickly became evident that none of these promised things were happening in The Predator. The movie Shane Black promised and the one he presented to the audience were two very different things — a cinematic Pinterest fail. 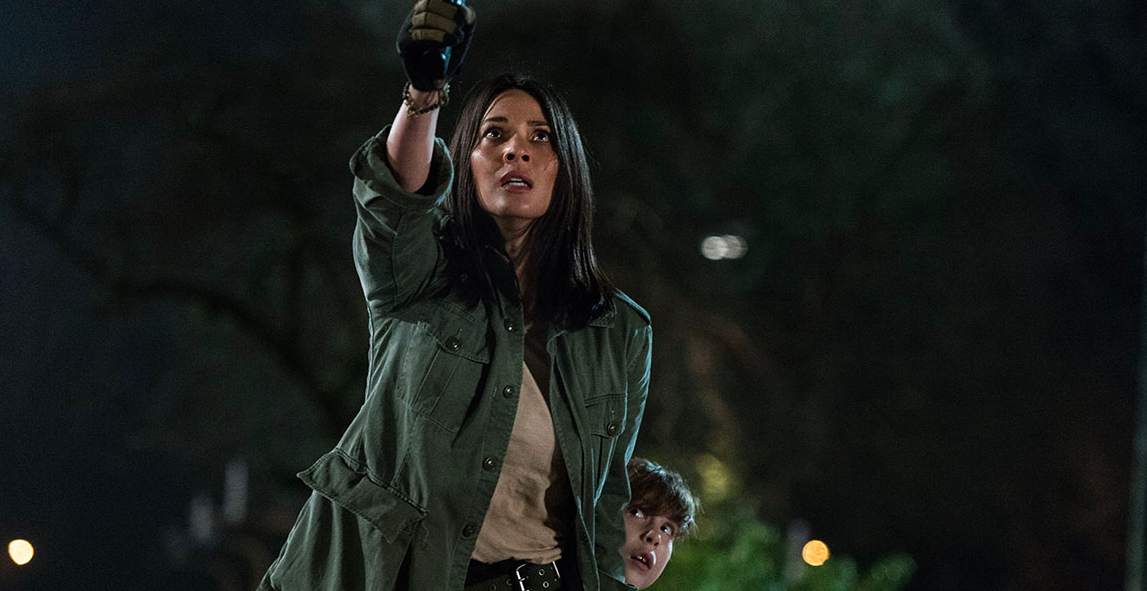 The premise of this new movie is that the new predators crash land on Earth in their spaceships and with all of these high-tech weapons that look like they came from a jumble of sci-fi shows. The mask that looks like the predator’s face is one disappointment. I really wanted it to have an exoskeleton I needed it to be closer to the original. What was most disappointing is the face of the alien without the mask. Remember Harry and the Hendersons? The new predators look like that but hairless. There was nothing scary about these guys.

Anyway, an American military veteran (played by Boyd Holbrook) finds the crashed ship and the body of the dying alien. He takes a forearm cuff to form the body and the mask and a few other things. He is in Mexico for some reason when he ships the stuff back home. Meanwhile, Sterling K. Brown comes into the film in what I guess is supposed to be a wise-cracking badass role, but comes off as the jerk who is trying too hard to be one of the big kids. We love you Sterling, but this was not the role for you. The joking was unnaturally and only disrupted the flow of the movie. He is joined by a familiar face to some of us SyFy nerds—Eureka’s Niall Matter. He and Jake Busey are the familiar faces fighting on behalf of the government to recover the alien craft and gear. But, apparently, they are also the bad guys here. Holbrooks character Quinn Mckenna ships the box back to the states and it ends up with his wife and young autistic son, played by young Jacob Tremblay (Room).

Notice that I’ve said not one thing about the “misfits” the Black went on forever about in his opening speech. So far, the only guys we’ve seen who is featured in the trailers in Sterling K. Brown, and it becomes obvious in a hurry that Brown is just a side character. That’s right. The central focus of this movie is not the ensemble multicultural and multitalented men. It’s not the sci-fi maven Olivia Munn, either. No, the movie is centered on Mckenna, the white guy, and his son—who is stereotypically autistic. You’ll see what I mean in a minute.

So the alien is not what we expected and the people we wanted to see onscreen don’t show up until a big chunk of the film has already been played. That’s not all. The themes that Black chose to use are so politically tone deaf that I wonder why it wasn’t noticed before. He abuses the autism disorder to create a plot driving side narrative that we have seen before. (Mercury Rising ring any bells?) This essentially erases some of the strides that Hollywood has managed in depicting the disorder over the years.

Also, all the misfits are criminals in a military jail that’s a mental hospital. There are only two white guys among them and one undergoes a miraculous recovery once he is allowed to hunt and kill (aliens) again. Munn is the sexy, smart female scientist who isn’t given enough space or support in her role to really shine — she is a HUGE science nerd and could have put her foot all up in this role. Her character also makes some very offensive comments to a mother about her son’s autistic outburst. By the time it happens, though, the audience is too numb to protest much.

So, it seems that all the promises Shane Black made just before his film and in the trailers were false. The multicultural cast is not centered like we expected and actually, they are drowning in tropes that are overwhelmingly stereotypical and damn near racism. Trevante Rhodes wastes what could have been some useful talent work trying a little too hard to be funny when he really shines as a support for Boyd’s character. Michael Keegan Key is disappointing as well, offering up a character recycled from a Key and Peele skit. Even Thomas Jane is a waste as a man with Tourette’s who is basically there to provide the teenaged boys watching the movie with a dose of toilet humor.

This is not The Predator we were promised, nor is it one we ever need. On top of the half-ass job on the reboot, Black the director and the men on the cast have allowed Olivia Munn to suffer some serious consequences for reporting a convicted sex offended and demanding his scenes be cut from the film. The story is still breaking the weekend after the premiere, but it surprises no one. In fact, that may just be the only thing people remember about this film.

Keegan-Michael Key on Why Most Musicals Have 3-Syllable Titles