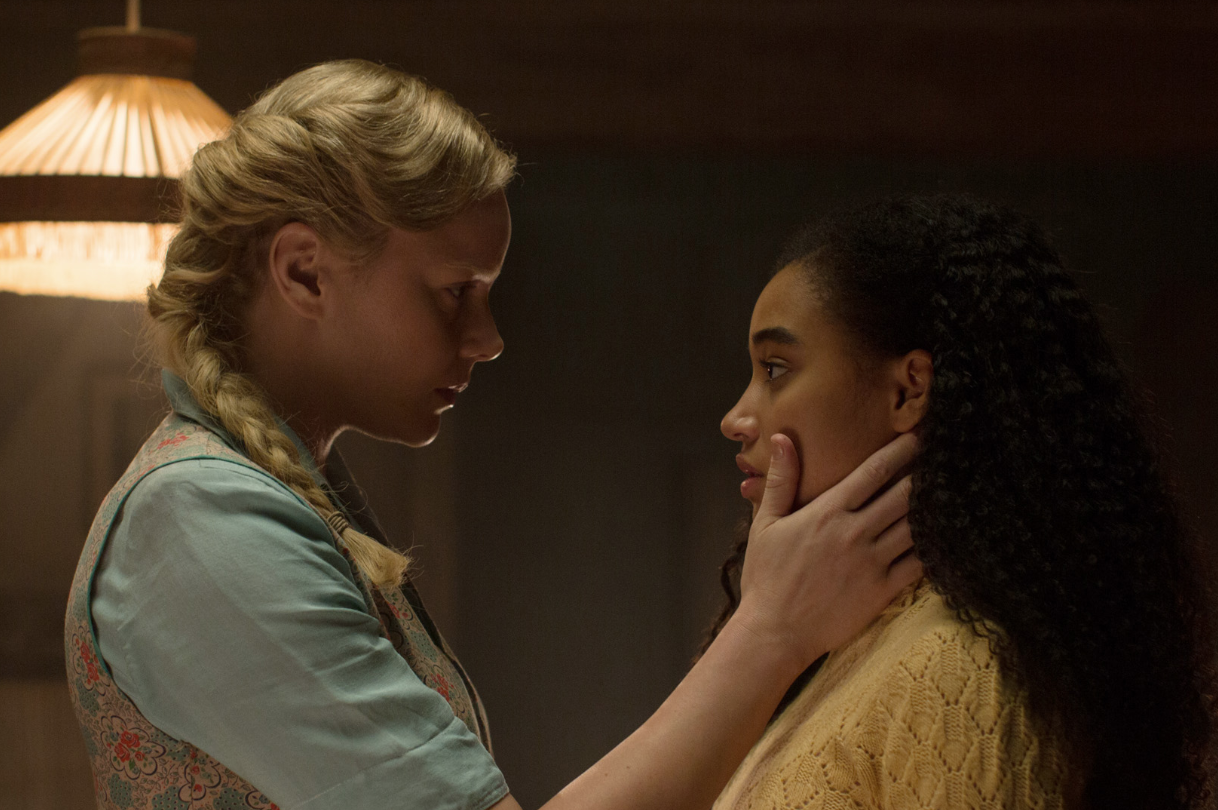 Filmmaker Amma Asante best known for movies like Belle and A United Kingdom presents us with an interracial romance set it in Nazi Germany called Where Hands Touch. The film’s title plays a key role in the story because it is the very act of the two star-crossed teenagers Leyna (Amandla Stenberg) and Lutz (George MacKay) touching each other’s hands — is how their romance begins.

We’ve read and watched several forbidden romances before from films like Titanic to Brokeback Mountain where even in the most challenging circumstances, love manages to find its way.  However, Where Hands Touch is unique in not only the fact that this is an interracial romance in 1940s Germany — but a romance between a Nazi soldier and a Black German girl. The opening credits tell us this story was based on true events and if it were not for this warning, I wouldn’t have believed a story like this could be true. 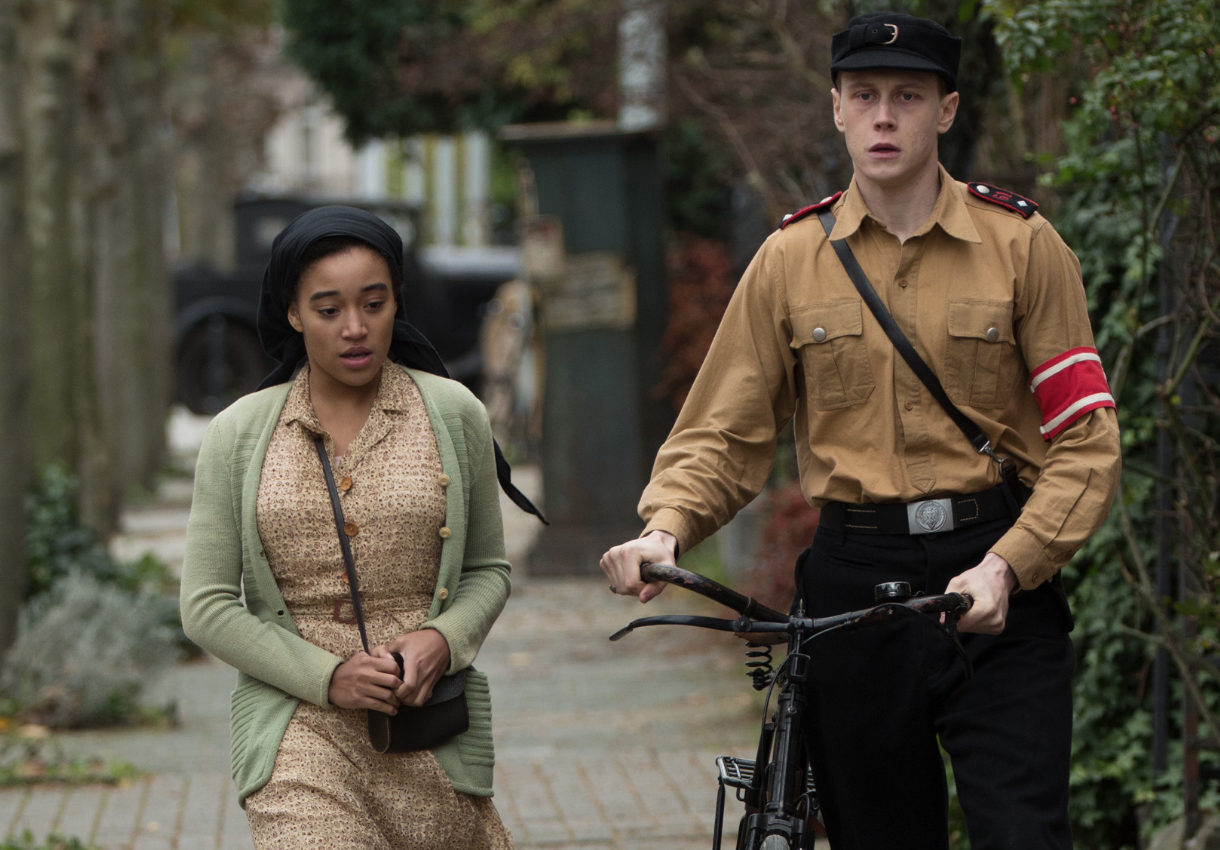 The opening starts with a quote from the illustrious James Baldwin:

“There are days when you wonder what your role is in this country and what your future is in it.”

To dig into some deeper context of Baldwin’s quote here’s his statement in its entirety:

“There are days, this is one of them, when you wonder what your role is in this country and what your future is in it. How precisely you’re going to reconcile yourself to your situation here and how you are going to communicate to the vast, heedless, unthinking, cruel white majority that you are here. I’m terrified at the moral apathy – the death of the heart – which is happening in my country. These people have deluded themselves for so long that they really don’t think I’m human.“

The last sentence of this quote is the recurring theme of Leyna’s existence as a biracial 16-year-old torn between her allegiance to her mother’s German heritage and living in a place where she is hated because of the color of her skin.  Her Black French father who fought against Germany and had a brief affair with Kerstin (Abbie Cornish) resulted in her conceiving Leyna. Kerstin also has a younger son Koen (Tom Sweet) is 100% German and not biracial and there is a complexity with their relationship as well. What makes it so complex is while little Koen loves his sister within the confines of their home; he publicly lambastes her to his racist friends so he can fit in. 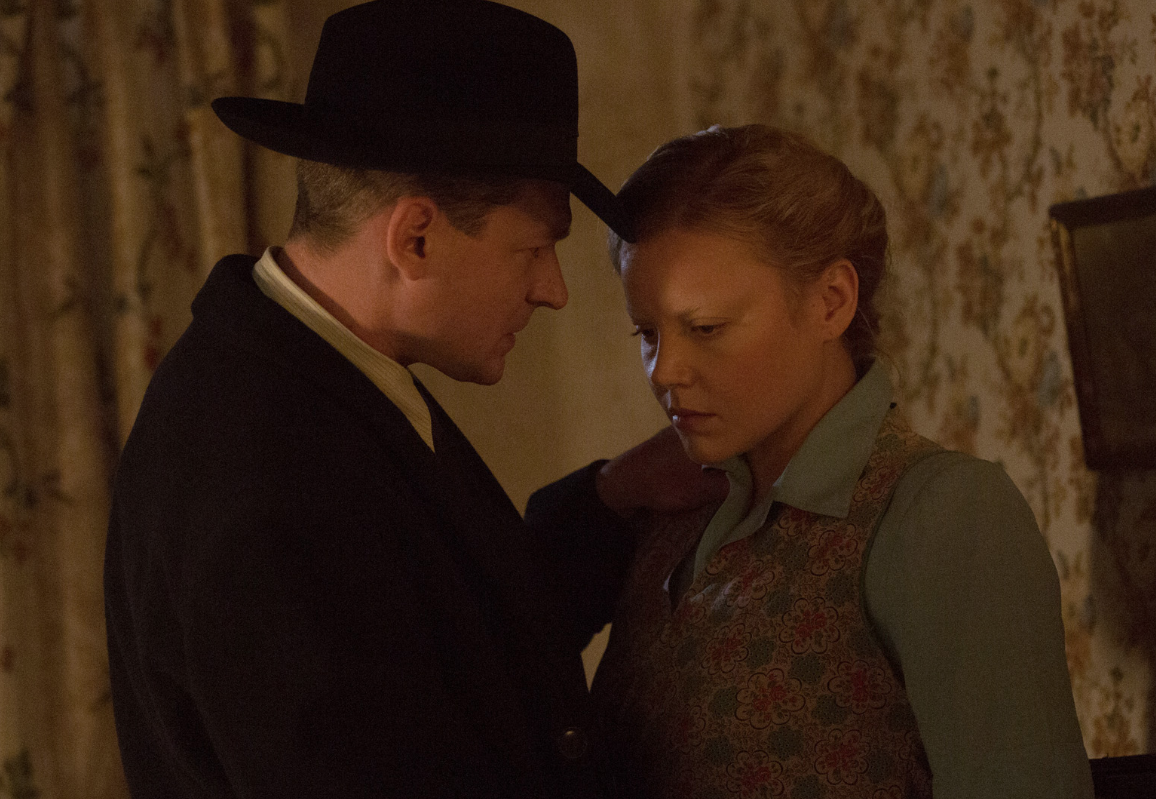 Abbie Cornish delivers a strong performance as Leyna’s mother who is under constant threat and works tirelessly to keep her daughter safe in a world who hates who she is. Kerstin also later finds out her daughter is sneaking out to meet with Lutz and begs her not to make the same mistakes she did — falling for someone and risking it all in the name of love.

The connection between Lutz and Leyna is immediate. The moment the two protagonists lock eyes with one another — their chemistry is palpable and you know instantly that these two will inevitably have a relationship. The surprising part of this story is seeing Leyna openly walk the streets without being harassed or ridiculed the way a Jewish person would. Her German ancestry is her saving grace in various moments throughout the film, however that swiftly changes as the war becomes more aggressive and Hitler’s regime brings in more Jews to concentration camps. 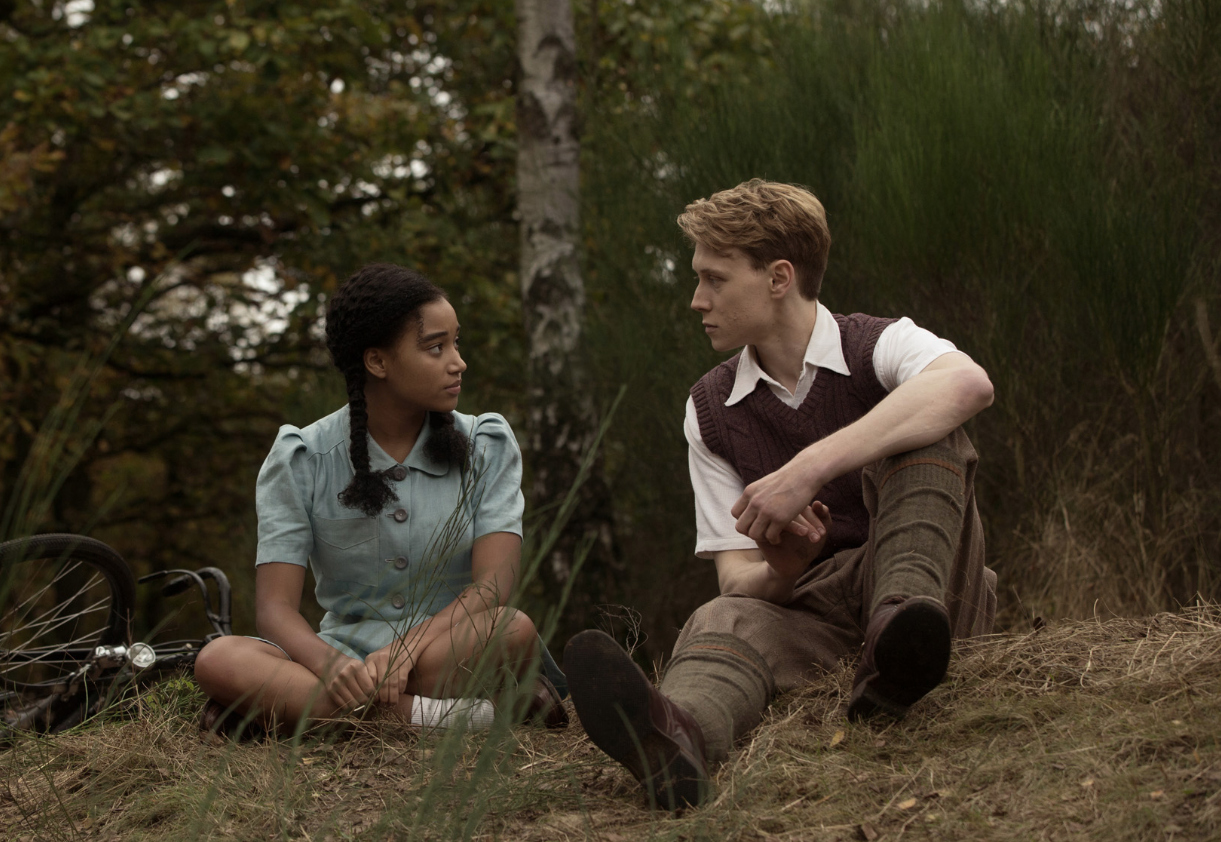 After seeing a number of critical opinions about the story before the film even produced a movie trailer, I found that it is always important to read first or see first before forming an opinion about something. Contrary to the popular uninformed opinion about Where Hands Touch stands as it relates to being a film about “Nazi sympathizers” it is far from that. Every Nazi soldier is inherently evil and even when you think for one moment that there is a thread of redemption in any of these men, the film reminds you how terrible these people truly were and how harsh they treated Jews and people of color. I also lacked sympathy for Lutz when he comes to grips with the fact that he can’t protect the only girl he’s ever loved. He could have protected her but was too cowardly to even try, and when he attempted to do so it was too late.

Where Hands Touch is a film that shows love conquers all — and still can be found, even in the most demoralizing conditions.

The film is currently screening at the Toronto International Film Festival.  You can catch it at the following screenings below.

The film opens in U.S. theaters September 14, followed by an exclusive window on DirecTV starting December 6th. It will then stream exclusively on Hulu beginning in March 2019.