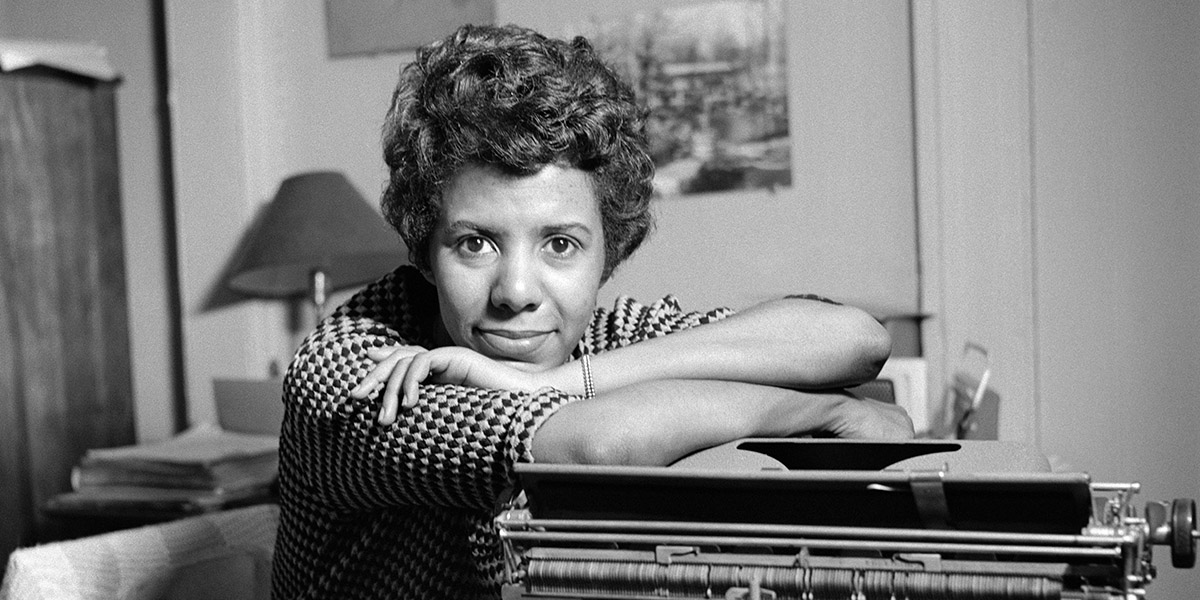 Documentary filmmaker Tracy Heather Strain explores the life of the famed and world renown playwright and Black activist Lorraine Hansberry in the new documentary Sighted Eyes | Feeling Heart.  Hansberry is best known for her work in her landmark play A Raisin in the Sun. Lorraine Hansberry is the first Black woman to put on a Broadway production with her hit play, but what director Tracy Heather Strain unpacks in this film is Hansberry’s life as a child raised by a father who was a community organizer and activist, to her battling her sexuality in her prolific writings finding love on her own terms as a lesbian woman in a heterosexual marriage.

The story narrated by Tony Award–winning actor Anika Noni Rose who lends her narration to Hansberry’s voice and words and LaTanya Richardson Jackson shares her story. This film is a biographical account of Hansberry’s life and the film opens up with her childhood growing up in the segregated city of Chicago. Her father Carl Hansberry was an eminent real estate developer who was also an activist. He fought against segregation and housing discrimination. He won part of a lawsuit that allowed 500 homes to be open and available to local Black residents and her father also endowed $10,000.00 to the Hansberry foundation to fight racial discrimination.

Carl Hansberry was known to many in his neighborhood as the “Kitchenette King”. The story goes deeper into Lorraine’s work at all Black newspaper called “Freedom”. It was there where some of the same traits she inherited from her father as a fighter for racial equality and justice she was able to hone her skills as a radical liberal of the people.  Lorraine fought against poverty, racism, and class in her writings in the paper. She also dealt with being under constant scrutiny and surveillance under J Edgar Hoover because of her activism.

Amazing quotes like one from actor Harry Belafonte will resonate with you throughout this narrative. His quote that stuck with me the most was,

“Racism was the number one ingredient in the menu of life”.

It’s an unfortunate and inconvenient truth about the systemic oppression and racial violence so many African Americans had to face during that time and sadly still carries on today. For audiences who know Hansberry mainly for that work, Strain deepens our understanding of the writer’s history, politics, and personal life. The film title for the documentary comes from Hansberry’s own words:

“one can not live with sighted eyes and feeling heart and not know or react to the miseries which afflict this world.”

The story of Lorraine Hansberry told in this way, reminded me of how there are so many stories, “Hidden Figures” stories if you will, of Black women in history that we know so little about.  Strain focuses more on Hansberry the person and not just the playwright.  We understand how Hansberry’s life was shaped from how she was raised, to her education, to her relationship and up until her untimely death at the age of 34.

Filmmaker Tracy Heather Strain worked on this labor of love since 2004 and this is her first time presenting a film at the Toronto International Film Festival. She earned her directing stripes with the production company Blackside. Unpacking and revealing multiple archives, including rare interview footage which has never been shown to the public before.