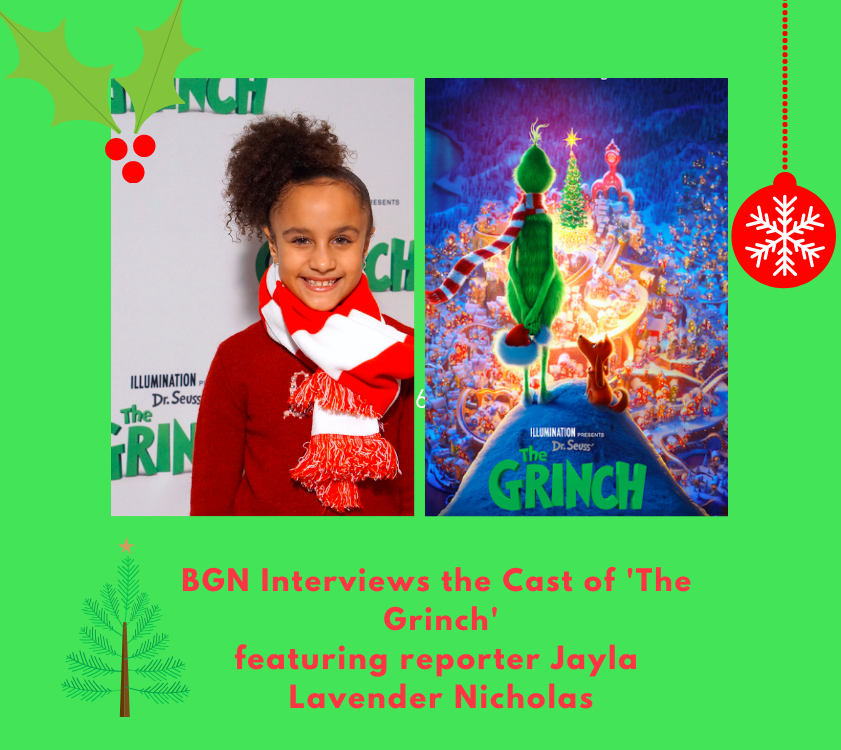 BGN had the opportunity to sit down with the cast and crew of the new Illumination/Universal Pictures film The Grinch. The holiday movie due for release on November 9th, stars Benedict Cumberbatch, Cameron Seely, and Kenan Thompson.  BGN journalist Lynnette Nicholas and her lovely daughter Jayla Lavender Nicholas interviewed the cast.

Jayla is our newest BGN reporter, and she’s definitely a pro! Check out the videos below and let us know what you think!