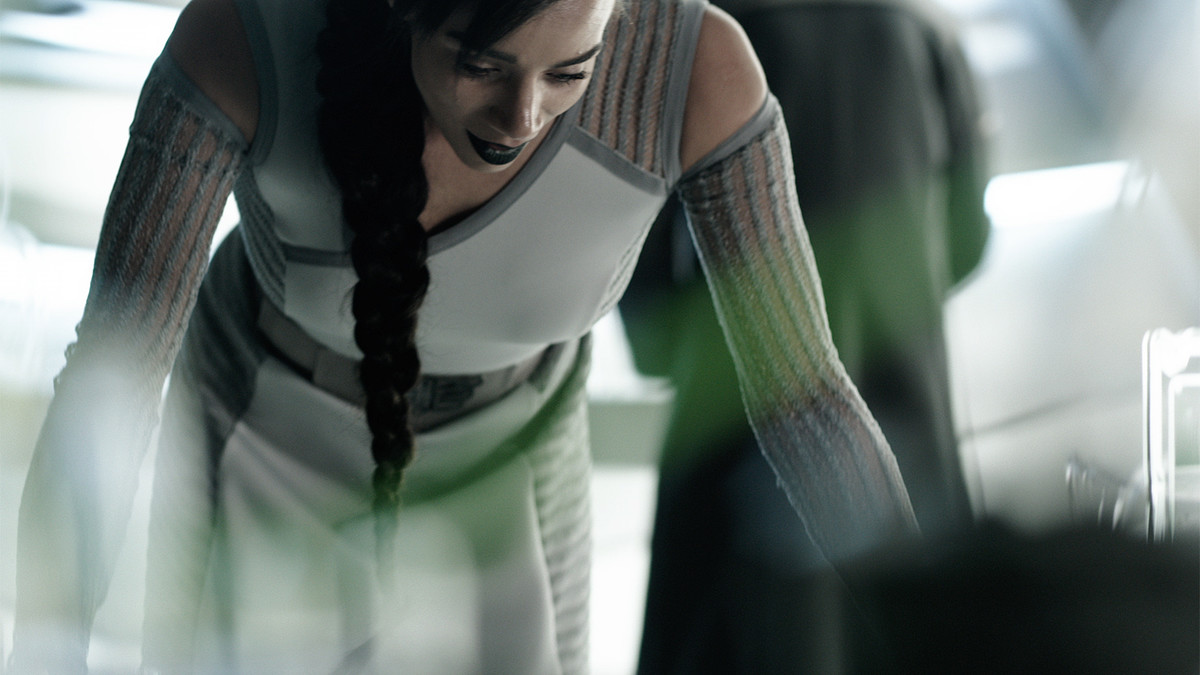 This was an admirable follow up on the Pawter Simms arc, but to be honest, the most interesting parts for me were not contained in the A-Story. First, let me give accolades where they’re due. Aaron Ashmore always kills it, so there’s no surprise there. But I have to give props to Kimberly-Sue Murray for imbuing Louella Simms with so much depth and pathos in such a short window of time. I felt her pain, rage, and desire to exact a gruesome penance for the decimation of her family. There wasn’t even a hint of this gravitas in her first appearance, but that was not a failing, it just wasn’t meant for the character at that time.

Unfortunately, the decision was made to show Louella spitting out the sacramental seed during the ceremony in real time as opposed to a quick flashback when Johnny identified the tech killing everyone as a Mama Simms patent. That meant the murder “mystery” was solved before it started, and we spend a lot of time spinning our wheels.

At the beginning of the episode, Dutch is dealing with her martial defeats the best way she knows how: heavy drinking. The hundreds or perhaps thousands of RAC agents who were killed when Aneela flexed her muscles all across the J isn’t even the most tragic part of her losses. Dutch killed an innocent would-be ally in her thirst for victory. Killing Banyon sits deep in Dutch’s spirit. It should. If only these women had endeavored to trust each other, Banyon would not only still be alive, she’d be helping TAF protect the J from the Hullen Armada.

While I agree with Dutch, that her killing of Banyon is not some easily forgiven misstep, I get why D’av tells her she doesn’t get to have a pity party or breakdown. She declared this war, and lots of people have died under her banner, so she needs to keep her focus. Clarke Griffin from The 100 gets this speech like twice a season from various other characters in the show. The nucleus must stay whole or the cause is doomed.

In her vulnerable and half drunken state, Dutch makes the mistake of putting the moves on D’avin. D’av is understandably shocked and pushes her away. Johnny walks in on that moment, makes a quip, and Dutch’s humiliation is complete. Dutch barely wants to look at D’av for the rest of the episode.

All of this is wonderful because it plays up their dynamics so well. Dutch and Johnny kind of lit into each other last week and were able to resolve it quickly. Dutch and D’av have a small misunderstanding and they can’t come back to each other so easily. That feels authentic to the dynamic that has been building over these past three years. Strong, consistent characterization and interpersonal relationships are things that Killjoys does exceedingly well.
ALSO READ
Meet The Cast of 'The Mighty Ducks Game Changers'

So,  Aneela is (sort of) an intergalactic despot, scientist, and … apparently a wicked good lay. That seems appropriate. I know she and Delle Seyah are horrible but I find their relationship very cute. Syfy Friday is delightfully sapphic, and it pleases me.

We find out why Gander is so smugly hostile most of the time. Aneela only has the illusion of being in charge, she’s really in a gilded prison, and he’s her jailer. Her mastery of ‘the green’ is the strongest the hullen have ever seen, so they let her play at Empress. This is such an impressive twist, a whole star of this review goes to that revelation. Part of me wants to see some of the non-human hullen Gander references, but part of me feels like that might breach the brand of this show.

Gander really overestimated his hand and underestimated Aneela. What in the world is incubating in Delle Seyah’s tummy? Whatever it is, it can’t be good for anyone. I need to rewatch this whole series from the beginning with new eyes. I also need a lore book, stat. 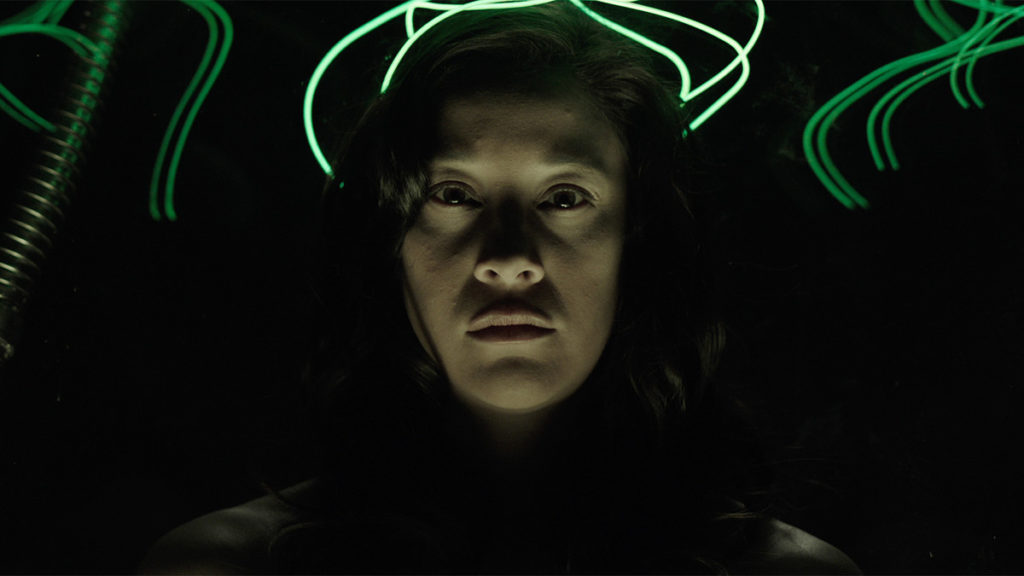