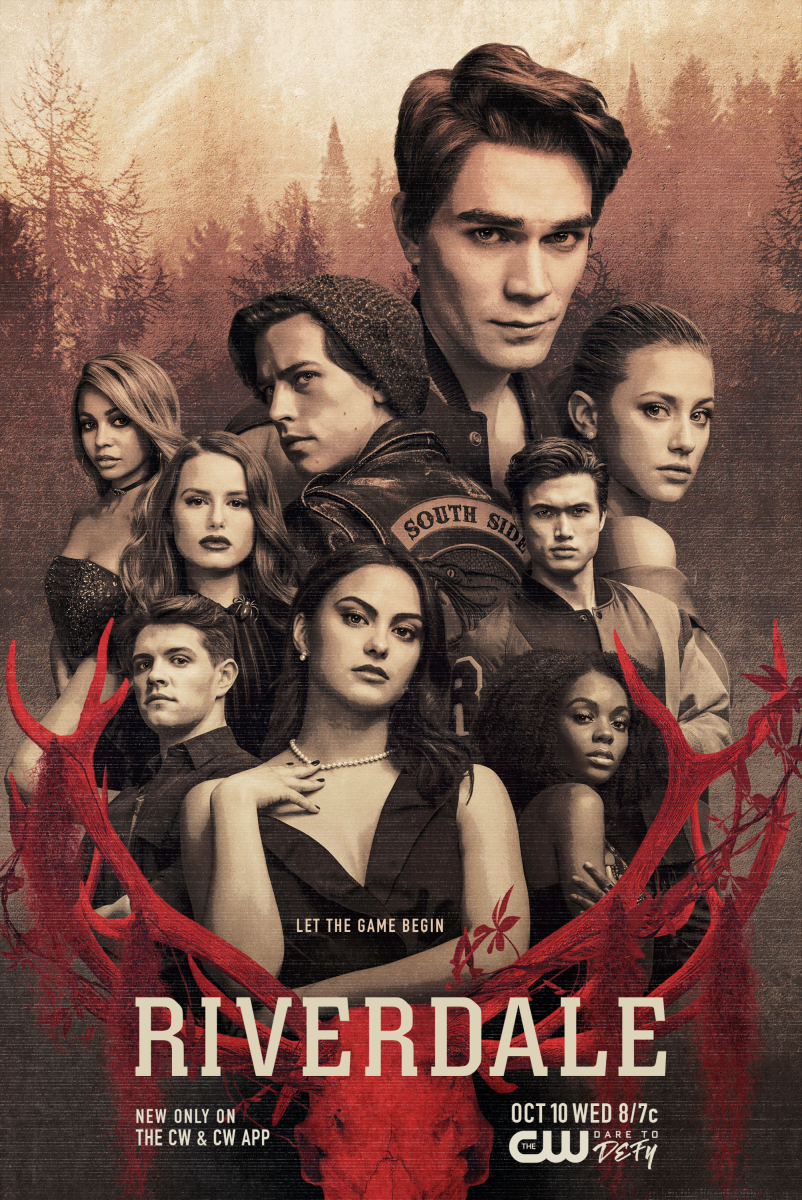 As an Archie Comics fan from way back, I admit I’m coming in a bit late in the game. Actually, I could’ve really have cared less about what the redheaded dork was doing at any given moment. I was more of a Betty and Veronica Double Digest kinda girl. Grabbing copies as fast as I could from the grocery checkout line. I grew up dreaming about the day the books would receive a live-action adaptation. I’m not sure I got exactly what I asked for.

What has the potential of keeping Riverdale from turning into typical CW dumpster fire fare is this Twin Peaks weirdness they’ve been dipping toes in with increasing frequency. The bizarre backdrop makes the typical teenage clichés a little easier to take. While I wish the show, as a whole, eschewed closer to the tone and characterization of the comic book “Afterlife with Archie”, Riverdale could go to some compellingly dark places. If the showrunners don’t get boxed in by their own concept.

Luckily for a latecomer like me, “Chapter Thirty-Six: Labor Day” wastes no time getting into the thick of things as we have already reached the jury deliberation phase of Archie’s murder trial. Archie is Blue Steeling up a storm in what looks like his old discarded prom tux as each side gives their closing statements. We learn that the court will reconvene the Tuesday after Labor Day, and the judge ominously advises Archie to spend his last remaining days with friends and family because in so many words he is most assuredly going to jail.

How comforting of him.

Prime CW soap opera moment: Hiram Lodge sneaks up on Archie and his dad as they’re leaving the courtroom and Lodge snarks at him to “have a terrific weekend,” before getting punched out by Fred Andrews. I’m of two minds about this. On the one hand, that response was totally out of line in proportion to what happened. However, Hiram is clearly a piece of crap and obviously wasn’t being sincere. Still, way to lower public favor for your son, Mr. Andrews.

After the trial, we see the core four at Pop Tate’s trying to think of a way to unearth new evidence to exonerate Archie. Archie’s not having it though and stresses that he just wants a normal weekend to make up for the trash summer he’s experienced thus far.

The gang is interrupted by a perfectly timed music cue, as Cheryl Blossom gets a special slo-mo entrance into Pop Tate’s. Her scene (which is 90% entrance) consists of her gloating about her fabulous summer with Toni and to announce a totally convenient Labor Day pool party. She’s clearly inviting Archie and the gang out of kindness and pity seeing as he will likely be “walking the green mile while we walk the stage at graduation.”

Moving past the opening, this episode is focused almost exclusively on the core four. So the only interesting things of note revolved around Archie’s trial and its ramifications on those around him. With a few detours.

Archie is experiencing bouts of PTSD and survivor’s guilt over the events of last year. To the point where his desperate attempts at a “normal summer” are his way of preparing for an end to his normal life. It’s odd how resigned he seems throughout the whole episode. Though I suppose, it’s a show of maturity to prepare for every possibility by putting your house in order. Less mature is Archie’s hilarious initiation into the Serpents, where Jughead and his gang call themselves preparing Archie for “life on the inside” by giving him his very own ‘S’ is for Slytherin tacky arm tattoo.

Even though his friends make a few feeble attempts to prove his innocence, Archie seems to blame himself for the murder. And for putting his friends and family through the trial. Ultimately, in true Archie fashion, he continues to put himself ahead of others for good or ill. And the outcome of the trial reflects that.

Jughead and his Serpent Squad are still playing gang warfare with finger guns. Hot Dog is kidnapped by the Ghoulies because…reasons, and Jughead and the Serpents are forced to do a little reconnaissance to get him back. Of course, this all turns out to be a trap. Which leads to a standoff between the two “gangs” that’s as tense as a local spelling bee…scratch that, less tense. Cheryl gets a little arrow happy and they end up leaving with Hot Dog. Though not without making things worse between the Southside and the Northside. I guess we’ll have a round of Capture the Flag next episode to settle the score? Also, where the hell is Cheryl storing that bow and arrow at a moment’s notice?

It’s Veronica vs. Hiram, as Ronnie finally declares war on dear old daddy for all he’s done to Archie. Early on, we have a scene where Veronica wastes precious minutes of the show talking to a brick wall — I’m sorry. Her father asking him to stop his shady backroom dealings in implicating Archie for murder. No seriously, this is the conversation: “You know he’s innocent!” “It’s out of my hands.” “He’ll die in there!” “He brought this upon himself.” “Only you can stop it, so stop it.” “I have no idea what you’re talking about.” Emmy award-winning performance right there Consuelos. Hiram pleads ignorance, and honestly, it makes no sense as to why Veronica would even try by that point. Thankfully, she moves onto carrying out her own methods for helping Archie. Though, as her mom Hermione warns her, Hiram Lodge is hell-bent on preventing her from succeeding. Still, he underestimates his daughter at his own peril.

Betty’s mom is being creepy again. And this time is going through Betty’s personal belongings at the behest of this “Edgar” from “The Farm,”; and well, it looks like Alice and Polly are in a cult now. Betty can’t get out of dodge fast enough. Despite the fact that her mom and sister are able to get the read on her several times. Though the whole situation is essentially the pots calling the kettle crazy.

Unfortunately, Betty’s hiding a secret that’s taking her farther down the Dark Betty shame spiral. And even worse, proving her family right in the process. Let’s not forget that she’s also coming to terms with the tiny little detail that her father was a sociopathic serial killer. And in true Betty fashion, she hasn’t been dealing with any of it in a healthy way. Much less dealing with it at all.

Even though his appearance amounts to little more than three minutes total, I’m adding Dilton here because his return signals the appearance of those weird Twin Peaks-esqe story beats. We get the sense that something is wrong with Dilton and, subsequently, the town. But at the moment, we’re still being fed scraps. All we know is that he’s got some mysteries to share with Jughead, which include some cryptic drawings that don’t make any sense.

This was a suitably interesting episode that built on the escalating drama from last season and kept my attention throughout. And honestly, that’s all I ask of a CW show. Cringy scenes and stilted dialogue was thankfully scarce. And while I could have done without Jughead’s gangsta life of apprehending dog-snatchers, all the other hanging plot threads have me intrigued about the rest of the season. What do I think will transpire during the remainder of Season 3? Glad you asked:

Ashley Turner is a part-time freelance writer who hopes to one day become a full-time writer with a wonderful blog or publication. Ashley has known her passion was writing since she made her first stapled booklet at 5yearsold.  She has written features and articles for a number of sites around the web. Ashley also runs a small Korean pop music podcast in her spare time. When she’s not doing that she’s kickboxing, playing video games, and writing some more. Ashley holds a Masters degree in International Media from American University.