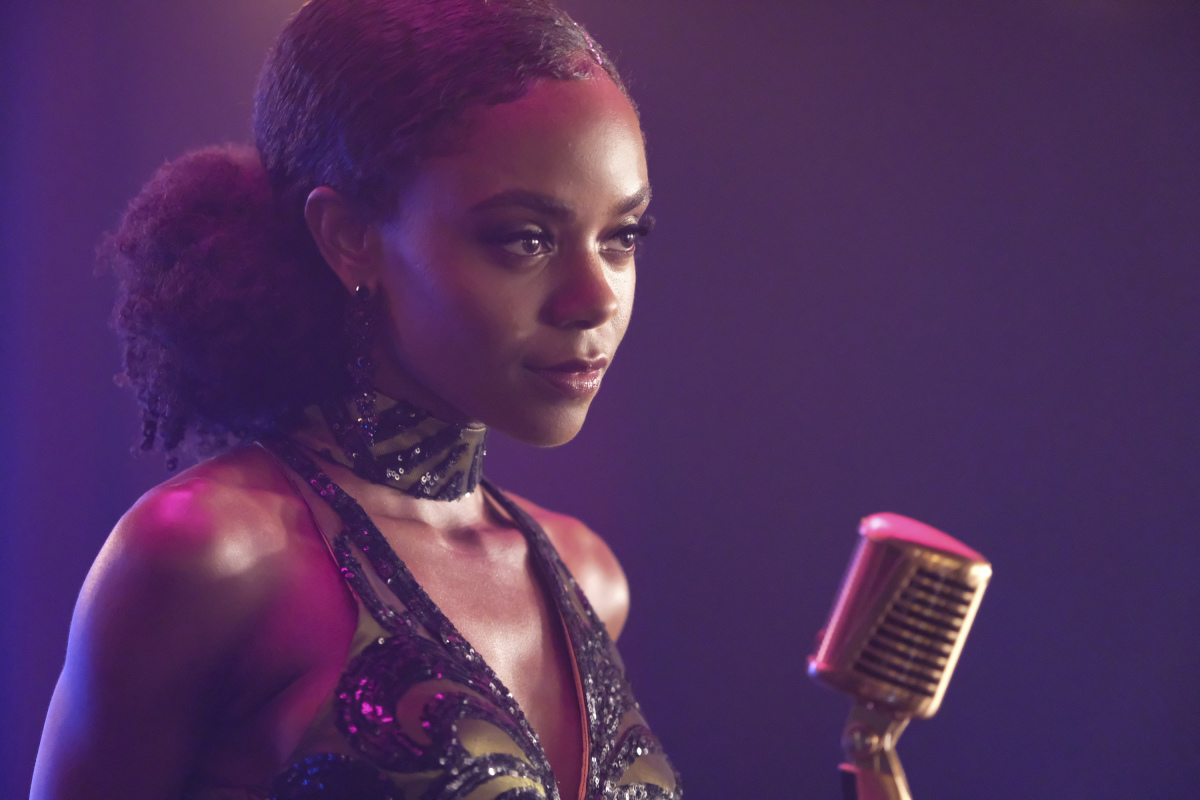 Who is the gargoyle king? That’s the question I should be asking but I got distracted by. Welcome to another episode of Riverdale.

The show has reverted to a slower pace after last week. Which is much welcomed. I could actually focus on the plot, which is chugging along nicely. There are actually some connecting threads tying the various storylines together. We still have that patented Riverdale weirdness, but this time my brain didn’t short-circuit from crazy overload. Also, a much better musical performance.

We open with Archie, who’s been put in solitary confinement until he agrees to work with the big bad warden like a good boy. He’s still asking about Mad Dog.

How many times do we need to tell you boy?

The sacrificial Black man is dead. And now that he’s gone, the way is open for Archie to become the greatest fighter in all of juvie. Faced with few options, he goes all teacher’s pet on us and indulges the warden by engaging in and winning prison fights. This is a juvenile detention center, and these fights are set up like some huge underground fighting ring. Complete with the warden lording over them like an emperor in some gladiatorial ring. Archie wins and gains the warden’s favor but he’s angry and conflicted about it because he’s Archie.

So we see him shatter a perfectly good bottle of rum like an idiot and talk to his imaginary dad for advice.

Since he’s the new Mad Dog, he gets Mad Dog’s old things and finds a pickaxe hidden in a book. Archie gets inspired to convince his prison mates to bust out the joint. Commence heading toward the Prison Break phase of our Riverdale cliché storm. I just hope he’s not planning on trying to use that tiny pickaxe, but it’s Archie, so you never know. What exactly was Mad Dog planning on doing with that pickaxe? This show is full of mysteries.

The Choklit Shop is hemorrhaging money but Veronica has a solution. Open a speakeasy!  The idea is kind of cool, and I can imagine a Very Special Noir Episode happening soon. Complete with sepia tones and Casablanca call-backs. The Ghoulies try to set up Veronica with a care package of drugs. Incidentally, happening during an impromptu sting by Sheriff Minetta. Reggie must be a pro at that kind of thing because he disposed of them with the quickness. Veronica finds out daddy dearest is helping the Ghoulies run a drug operation, making jingle jangle, or whatever embarrassing name it’s called. She blackmails him in retaliation but Hiram tries to bond with V in his awkward rich criminal dad way. He comes to the opening of the speakeasy with a portrait of Veronica as a peace offering. Then he sits down inside looking awkward like the uncool dad he really is. How does it feel to be out of your element Hiram? Veronica: 1 Hiram: 0.

Josie is solo now. This makes it even more challenging to figure out a way to incorporate the remaining Pussycats into the show. I’m not completely against the idea of splitting up the iconic group. But could we have gotten a break-up scene or SOMETHING? There was a focus on them, and now nothing. Anyways, instead of that, Josie sings a slowed-down, sexed-up version of “Anything Goes” over scenes of Archie fighting in juvie. Gotta love that character development.

She didn’t really have a story this week outside of helping Veronica bust the drug operation. However, the new class president and first lady Toni looked fabulous while doing it. Their level of perfection deserves a place on the list.

Still mystery mongering with Jughead. And creepily sleeping with him in Dilton’s old bunker. Creepier still, we find out Betty’s mother Alice is sleeping with Jughead’s father. I feel like it shouldn’t be weird, but I still find that it is? Either way, can’t wait for the fallout when all four of them find out. Since the whole Griffins and Gargoyles thing is some kind of cult, Betty decides The Farm is connected. She tries to infiltrate the group by attending the meetings. But Betty is easier to read than a Little Golden Book so she fails. We see more of Evelyn, a strange new character that keeps showing up at the scene of people’s seizures. She is the daughter of the group’s leader Edgar. He is apparently claiming to cure seizures without the help of medicine. So, Betty blows her cover at a meeting and learns that her mother is telling the group all her secrets. Which is integral to being a member of The Farm, of course. Betty and Alice argue, and Alice lets slip that she knows about Griffins and Gargoyles. The Farm knows that she knows but Betty can’t know because she’s not a member. And Alice doesn’t trust her. So, nyah!

As usual, he’s still busy judging everyone and starts off this episode with Ethel. She’s barely out of the hospital and he and Betty are badgering her about what she knows about Griffins and Gargoyles. Jughead convinces her to give him the rule book as long as he engages in some game-related ritual.

He agrees to indulge in some role-playing board game action. Per the rules, she even gets to mack on Jughead. Meaning it was mandatory for all the guys playing the game to do the same thing. Slick, Ethelina. Ethel does the whole two cups, flip a coin, one of them is “poison” thing. Except apparently one is poison, because Ethel tries to off herself. Later on, back in the hospital, Ethel is convinced that Jughead is now “the chosen one” since he drank that blue stuff and didn’t collapse into a convulsing mess. Though apparently, Dilton believed he was the chosen one all along? We see Ethel alone in her hospital room bowing to the goat-head thing from the previous episode.

The Gargoyle King, whoever he is.

Place your bets, everyone. I’m calling it as Jughead. Oh, and Ethel gave him the book. Unfortunately, F.P. and Alice find it during a canoodling session and freak out. F.P. burns the book in a campfire that’s burning in the Jones’ backyard for some reason. Jughead reasons that this is probably a good thing because that game was causing a lot of problems. No rulebook, no problems. Except, Ethel or someone has made copies and distributed them to everyone in the school. Dun, Dun DUN! Next week, we go back in time, to when we looked exactly like our parents.

The HBO Original Series ‘Betty’: Unleashing the Queer Sk8ter Girl in Us All