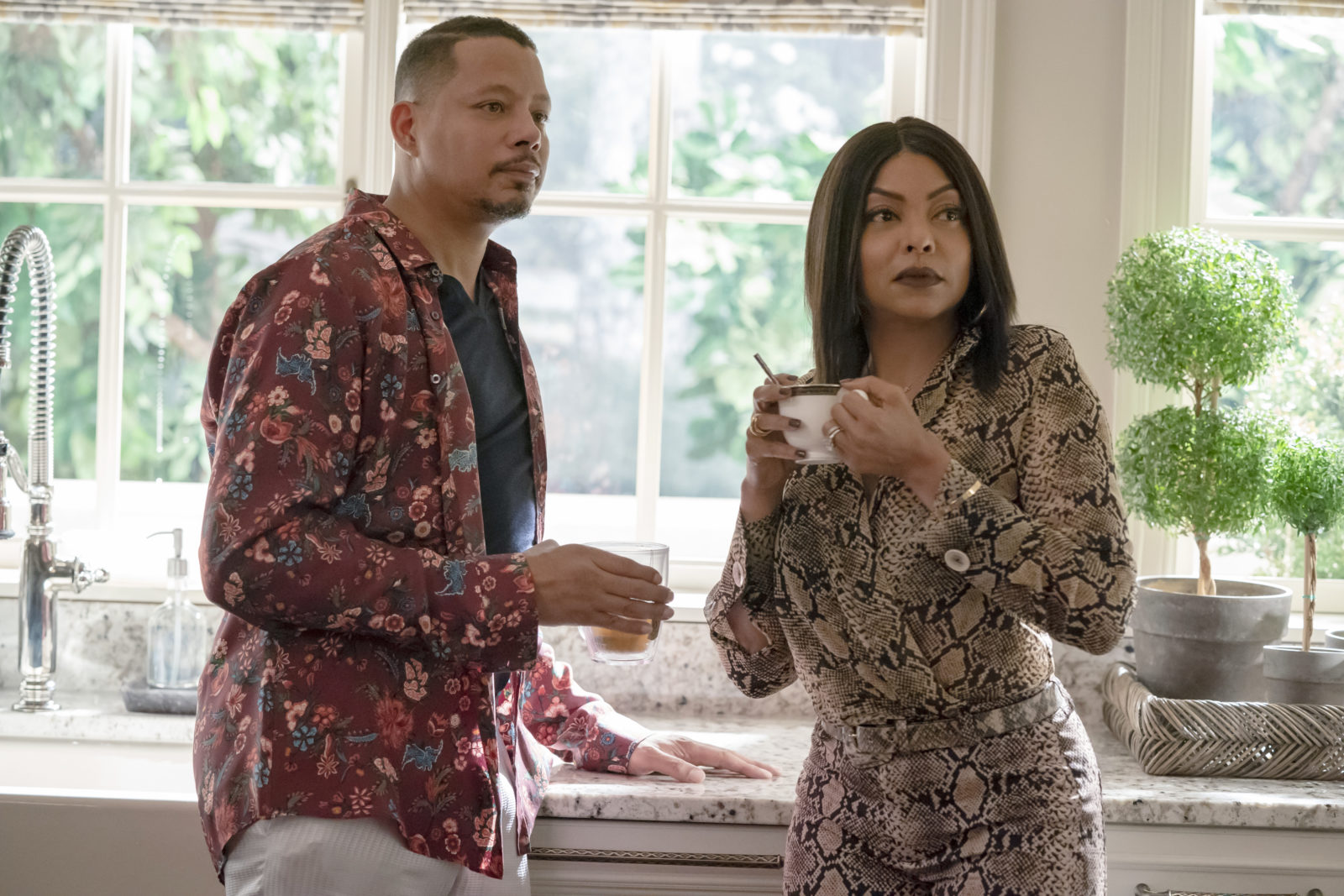 We are 7 episodes in and finally, are given some clues on who might be in this casket. Cookie and Lucious are grinding to the bone, going head-to-head with Kingsley to get their management company off the ground. Remember Treasure from the premiere? Her first single produced by Lucious and Cookie blew up and she signed with the enemy. Lucious and Cookie had to stomach that L but that didn’t stop them from seeking new and better talent. Which led them to Devon. Devon is very special with a voice of an R&B, God, and the body to match.

There was a slight scuffle between signing him because Kingsley’s Empire got to him first. Although Devon knew how to tell the fake from the real and signed with the winning team.

There’s just one little problem — Cookie and Lucious are still broke which means they have no money to back their artists and Luscious resorts to some bad old habits. Truth be told it may be a little easier to swallow if Dre didn’t just get out of prison and decide to tag along with dad on his money runs. Y’all know Luscious was not down for this, but with Dre fresh out and feeling like the only way to get respect is to inflict violence, Luscious didn’t have much choice in the matter. In fact, Dre begins spinning out of control and Cookie reminds him that money is not the only thing their family has to offer.

Dre focuses his energy in the right direction by making a point to get Kenny out of prison. Kenny is a young man barely eighteen years old, who was wrongfully convicted. As you can imagine his time in prison is not going so well and while he was locked up with Dre, Dre was the only one who had his back. I wish I could say that was it for Dre, you know doing good, acting better but nope. This is Empire — everything comes with strings, and boy does Dre get himself all tied up with Kenny’s mother in the process of trying to save him.

Speaking of saving, Cookie gets the world’s best mom award for not only saving Dre but also Hakeem. Hakeem has been going through it since the shooting, drinking heavily and carrying around guns. For a while, he wasn’t able to be there for his kids and Tiana because of this PTSD. But mom knows best and Cookie got her baby and brought him home before he spiraled down any further. This was a great start until Hakeem found out Blake was trying to claim his lyrics and his girl.

Of course, Hakeem did things the only way he knew how and released a violent diss track on Blake that ended up going viral. And after killing himself in the studio, Dre thought it was time to step in as big bro. This was hard to see as Dre and Hakeem haven’t seen eye-to-eye due to the fact that Dre caused Anika’s death last season and left Keem’s daughter Bella without a mother. Nonetheless, Dre works it out and Keem is finally on the right track; taking better care of his kids and maybe even rekindling things with Tiana?

However, there is a relationship on Empire that is flourishing: Jamal and Kai are probably the most heart throbbing couple on television. With all of the media around the #LOVEISLOVE movement right now, Empire does it justice with this awesome couple. When we were first introduced to Kai, it may have seemed like he was going to be another one of Jamal’s tall, dark, handsome and temporary boyfriends, although we have come to realize quickly that Kai is a bit different. Kai’s career as a third world country reporter leads him into a situation he almost doesn’t make it back from. When he is found and reunited with Jamal, Kai proposes to Jamal and since Jamal had already planned to do the same thing, Jamal is officially off the market.

Now back to this casket. There were definitely some clues at the end of episode six with Cookie being a little too friendly with Damon Cross. Cross is the new mysterious character who lands himself in the middle of Luscious’ money scheme at a very prestigious poker game. Turns out Cross could be the big boss we’ve all been waiting for. But hang on, the huge plot twist in episode seven when Kingsley reveals that Luscious might be his father. So the real question is who is the bigger threat?  Who is the Big Boss? Y’all know what I mean by big boss right? if you’re a gamer you can relate. You’ve fought all of these small foes and then comes the finale and your faced with the big boss.

Who could it be? Kingsley or Cross?