The upcoming episodes of The Purge Television series are getting more intense as the storylines develop further to reveal the Carnival of Flesh.  On September 25th, NBC released the fourth episode that advances the characters into a darker and scarier Purge Night. Having access to the installments of episodes, the show keeps on delivering on its promise to reveal a different kind of America.

Our main star–and unofficial hottie–Miguel (played by Gabriel Chavarria) finally turns to leads that might help find his sister Penelope (played by Jessica Garza). On the way to his destination, Miguel meets a bus of creepily masked nuns. Unbeknownst to him, the group of nuns have taken his sister and are on their way to the Carnival. 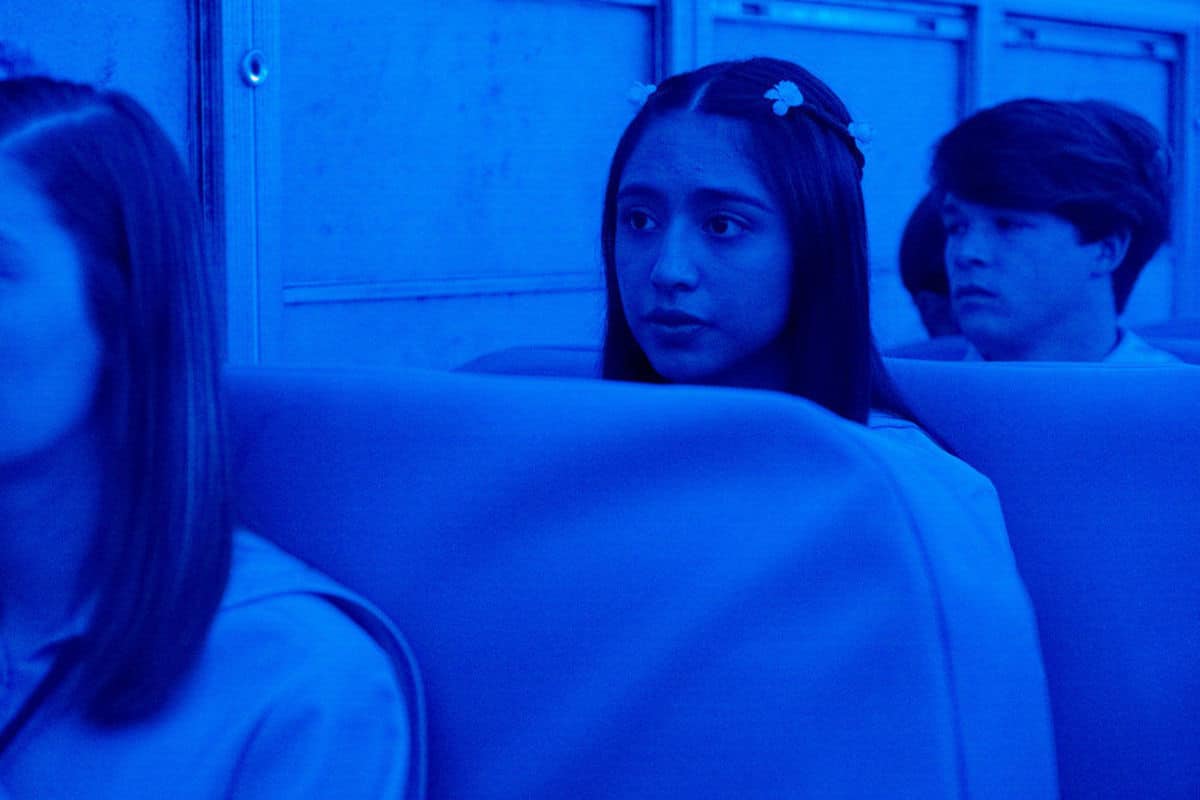 Once he becomes aware of what has happened to Penelope, Miguel goes to meet Pete the Cop again in the cantina for assistance. Pete, hesitant at first, assists by calling a friend for help. Soon after, The Cowboy comes to take Miguel to the location. Along the way, he discovers the reality of living your dreams, and the cost that is associated with it. Nothing on Purge night is free, and neither is the help. The Cowboy is a collector for the carnival.

Meanwhile, Penelope has been taken and added to a collection of people that are to be sold off to the highest bidder. However, prices at the carnival are like McDonald’s prices–low, but you get a lot for the price. Penelope is confronted with people in a steel cage who do not agree with the Purge. There she sees first-hand how people will fight to stay alive. She attempts to help an old man who mistakes her for his granddaughter. He tries to save Penelope but is instead pushed to the front of the line to be sold off. It is here that she is sold for more than two-grand to a person who terrifies even her. Our last view of her is a scene of true horror.

Jane experiences first-hand what it is like for someone to Purge. Her employee Alison (Jessica Miesel) has purged on another associate Mark Cantoff (Adam Stephenson). Alison asks, “Do you inform HR about my promotion or is that something I do?” Jane, unable to comprehend the reality of the situation attempts to leave the safety of the building and walks outside into the Purge. Soon after, she meets a man who attempts to drug her. He pins her down and suffocates the Jane in order to get her to open her mouth to drink the drug. This is short-lived when a small group of women known as the Matron Saints stops the man. Jane is rescued but is taken along for a dangerous mission to save women from being purged on. 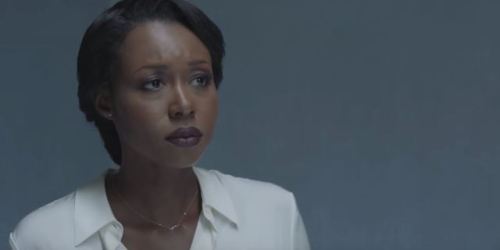 The final and mysterious storyline between Jenna (Hanna Anderson), Lila (Lili Simmons), and our boy wonder Rick (Colin Woodell) begin to unravel. A clearer picture of their love affair begins to show the fractured components of their relationship. A triad-relationship is not for everyone, and this becomes apparent when a secret love affair within the triad arises. The love affair is between Lila and Jenna–excluding Rick from the portrait of perfection. Jenna confides in Lila about her pregnancy and finds safety in her comfort. Jenna is confronted by the maid who tells her she needs to escape while she still can. There is more to this story than what is revealed.

All characters seem to be accounted for, all except for the enigmatic masked man. He seems to just show up at people’s houses and save them. Our first and only look at the masked man reveals him to be a new player in the show. Who exactly this man is, and what are his intentions are both uncertain. Unsure what to make of him, the final scene is of him over two dead bodies, crying out in pain over them. The man’s name and his connection to the purge are unclear.

This is our BGN recap of The Purge episode 4. We’ll be back next week to see how our favorite characters are doing on this very long and scary Purge night.

The Purge airs Tuesdays on USA Network at 10/9 CST.