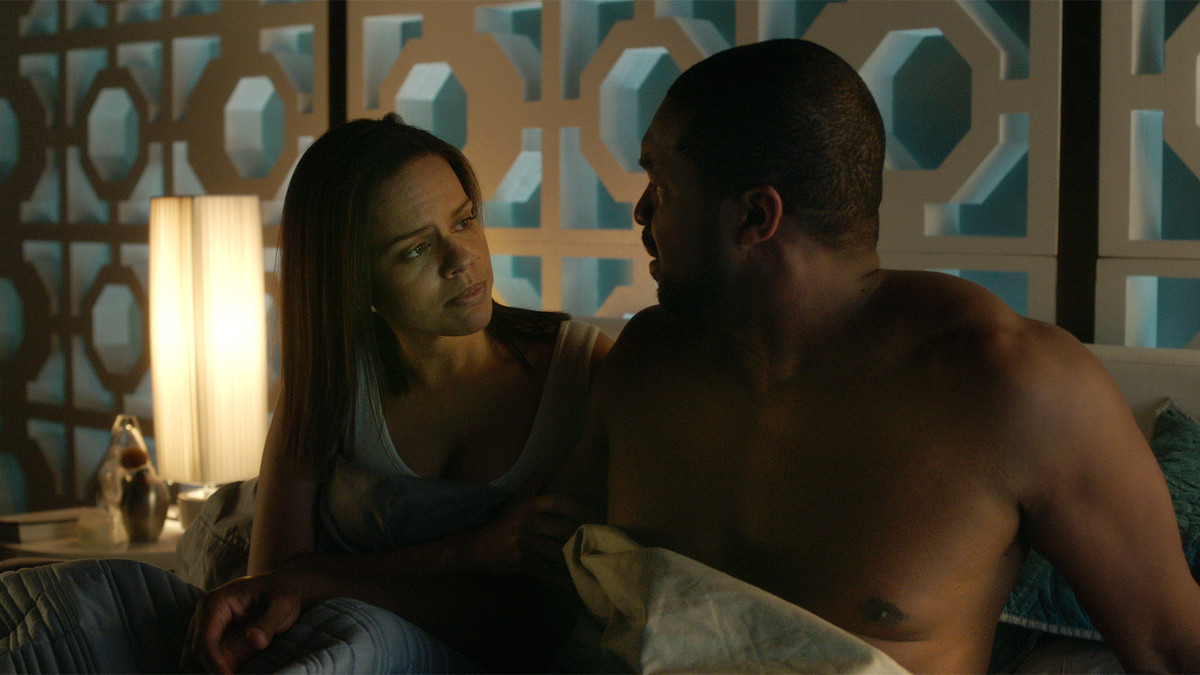 With Six taking his break from the Raza we haven’t really seen much of him in the past few episodes, so it makes sense that we get a Six-centric story to enjoy. Like “All The Time in the World,” this plot uses an oft used sci-fi trope. This time it’s virtual reality trickery. There are no huge surprises. Even the big reveal that Six had somehow turned the tables on his captors was apparent as soon as Fake Neiman asked for the coordinates of the ship. Still, it was a nice reversal.

The most valuable part of this episode is that we get Six back on the ship so that’s cause for celebration. The second best development is that we get more of Six’s backstory. When Anders was all cagey about Cal having a wife at one point, I thought the reveal would be that she remarried Anders! That was very As The Raza Turns of me, I know. I wonder if she’s on Earth. There have been teasers saying they’re going back to Earth so I hope we get some follow up. If it were just a wife I would feel comfortable with her just being a lost love and that story being closed but with the little boy in play, I feel like there needs to be a reunion.

I love how when I first saw him leave the Raza, I wasn’t sure if Roger was leaving the show or not and I was legitimately bummed. I can giggle indulgently at past-me now. Roger Cross is the sci-fi messiah, I know he would have popped up the very next season in something else dope but I love him as Six and Six he shall stay!

It’s official, Ferrous Corp is the Big Bad. For the story that Dark Matter is telling, it makes perfect sense. It’s always stronger to have one focal point of antagonism to structure stories around so things don’t get too unwieldy. Giving Ferrous a human face in Cmdr. Neiman is also a good call. I suspect he’ll either endure or be vanquished, allowing other Ferrous baddies to take his place.

Thematically it’s frustrating, but then, I am a miserable anti-oppression gargoyle who is constantly examing the deleterious effects of imperialist capitalist systems. (I’m fun at parties, I promise!) I can’t help but graft this futuristic reality onto ours since, at its essence, sci-fi is just a mirror into aspects of our own world. Corporatism is a scourge that is kicking our collective asses. Singling out one corporation as bad and letring the others off the hook, so to speak. is the reason why the system itself is unstoppable.

I can’t help but think about how a few weeks back, Pepsi made a mockery of the Black Lives Matter movement using one of America’s ‘It’ girls (emphasis on the ‘it’) and people were like “Looks like I’m drinking Coke from now on!”  It was a light hearted dig at a corporation who had actively just spat in Black people’s faces, I know most were joking, but truly that ad was not the problem, it was a symptom of a much more far reaching thus harder to fight problem.

As with any episode where the A-story doesn’t quite cover the full 42 minutes, we get a few lengthy scenes at the end about upcoming or ongoing story lines. Three is still having virtual sexy times with his digital girlfriend, Sarah. He confides in her his theory that he did something so horrible Four started avoiding him once he downloaded Ryo’s memories. Sarah knows the tea if her pained expression she hides from him is any indication.

Two finally goes to visit Sarah. I thought that was a poignant moment framing the importance of casual human interaction. Both actresses handled the scene with aplomb. In the tonal opposite of that scene, the final part of this episode is Android skulking about the Raza at night. She even pauses to point a gun at sleeping Three’s head before returning to her charging station. What the hell is that about?! I know what I thought when I watched it the first time but was proven wrong in a subsequent episode. I would love to see some theories in the comments.

Every episode bears gifts of intrigue. I am very interested in seeing the totality of Mallozzi’s five-year plan for the series, so I hope Syfy and Space #RenewDarkMatter. It had a mild uptick in live watchers last week, I hope that trend continues.