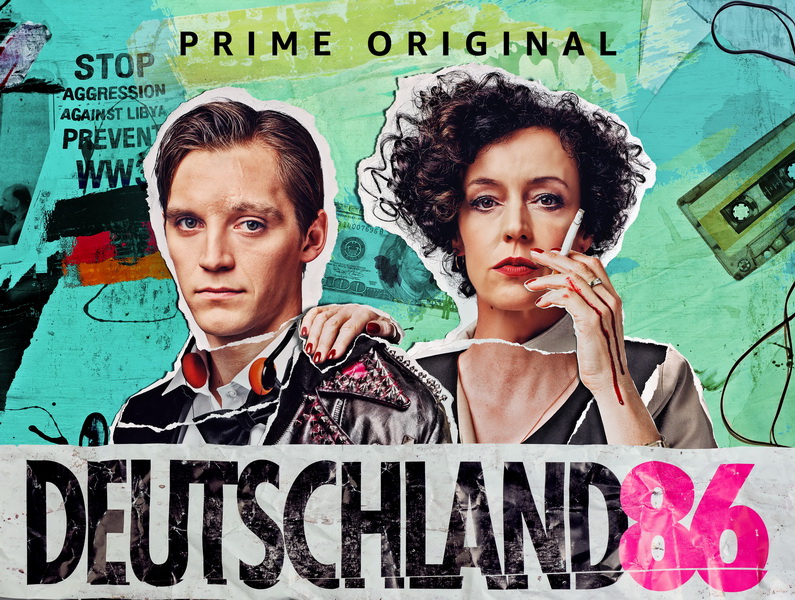 “We always believed that we were the better Germany, anti-fascist, anti-capitalist, egalitarian. Well, socialist.” However, “…our reality has traveled so far from our ideals, I no longer recognize my country,” said Tina Fischer (Fritzi Haberlandt). She is one of the most captivating characters from this season’s Deutschland 86. The program is the follow-up to Sundance TV’s critically acclaimed Cold War espionage thriller Deutschland 83. Created by American journalist Anna Winger and German producer, Jörge Winger, it is the first German-language show broadcast on an American network.

Tina and fellow nerd, Rose Seithathi (Florence Kasumba) are new to the series. They shine as spirited, but very different sheroes, to captivate and draw us in. Tina is a white, German, doctor, wife, and mother. She has a happy home and a satisfying work-life conducting clinical trials for the German Intelligence (HVA). “At school when the teachers used to ask what we wanted to do when we grew up, I always said I wanted to be a doctor…” she reflects.

Unfortunately, she becomes embittered with her superiors when they force her to enact experimental and harmful medical treatments on her patients. Soon after, she learns that her company is in bed with a sketchy pharmaceutical agency. “When did money become more important in this country than human life,” she says.

Tina is not an activist, soldier, government, or political figure. In a way, as an ordinary woman who supports her family and wants to perform her job dutifully, she represents us, the audience. Sadly, her employers threaten her with alienation from her family as well as death. They challenge her integrity, but in the end, she stands up for her beliefs making it clear she represents the program’s moral compass.

Black girl nerd Rose is a South African anti-apartheid activist and is another female ready to sacrifice it all. She is a secret operative from Nelson Mandela’s army (MK), a technologically inclined warrior, who is deeply invested in the anti-apartheid movement. Recognizing that most of her leaders are in prison, she fights in their stead. Rose makes critical choices for her child’s safety, while constantly risking her own to travel underground throughout Africa and Europe. She is loyal, fierce, and like Tina, her purpose is so clear that even after huge setbacks she remains determined. Unfortunately, as one of the central characters — the only non-white one — Rose receives very little screen time. Appearing in just a few episodes, she leaves us hoping she’ll return in season three.

Another important figure is Alex Edel (Ludwig Trepte), returning from season one as a nonviolent, gay AIDS activist and ex-soldier. As the son of a West German Army General, he risks his health and his family’s reputation to volunteer at an AIDS hospice. Like Tina and Rose, he is memorable because he has so much to lose, yet he is willing to forfeit it all. His anti-violence, anti-war speeches remind us that the drama is a commentary on the lucrative business of war. It is a reflection upon how governments profit from the sale of “killing machines in the name of democracy.”

However, by the end, it’s also clear that the show’s creators have an underlying message, one that is perhaps more challenging to perceive. For a time, Tina and Rose are both separated from their daughters. While exiled to Angola, male protagonist spy, Martin Rauch (Jonas Nay) is away from his son. He teaches at an orphanage for three years, where — white savior complex aside — he befriends Roberto, a vulnerable black boy.

Later, to redeem himself from past sins, Martin is offered a new assignment in South Africa. He hopes it will eventually reunite him with his son back in Berlin. However, to complete it he must abandon the orphanage as well as Roberto. Thus, it seems the production aims to explore how children are the most vulnerable casualties of war. They suffer not only for their parents’ crimes but often for their heroic acts as well. 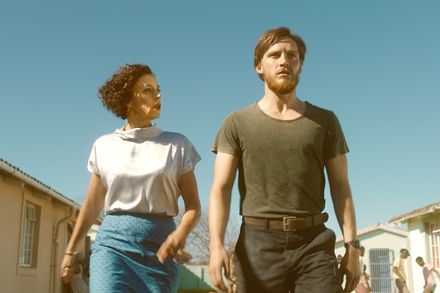 Taking us from South Africa, Angola, and Libya to Paris and Germany, this season is faster with more complicated and nuanced storylines. As a Nigerian, I was excited to see the episodes explore the role Africa played during the Cold War — something rarely depicted on Western screens. However, the ambitious serial has a great deal of hopping from country to country, which at times feels scattered and confusing. Too many locations in too little time left me unable to appreciate the incredibly complex and nuanced relationships between the various nations. I’d preferred a closer look solely at the connection between South Africa and Germany at that time.

Fortunately, strong, nostalgic visuals, gallows humor characteristic of German television, and a fabulous 80’s soundtrack provide for an entertaining watch. But before you decide to binge, keep in mind that all the location changes, subtitles, and heady subject matter make Deutschland 86 more than a simple show to watch!

Utibe Gautt Ate is a Black Cherokee and Nigerian writer and artist. Her artwork has been exhibited in Los Angeles and Paris and her words have appeared in Black Girl Nerds, New York Times, **Tin House and elsewhere. After several years in Paris, she is back in her hometown, Los Angeles. Connect with her on social media @utibegauttate

Sundance 2023 Review: ‘Milisuthando’ a Mesmerizing Unpacking of  Race as a Social Construct