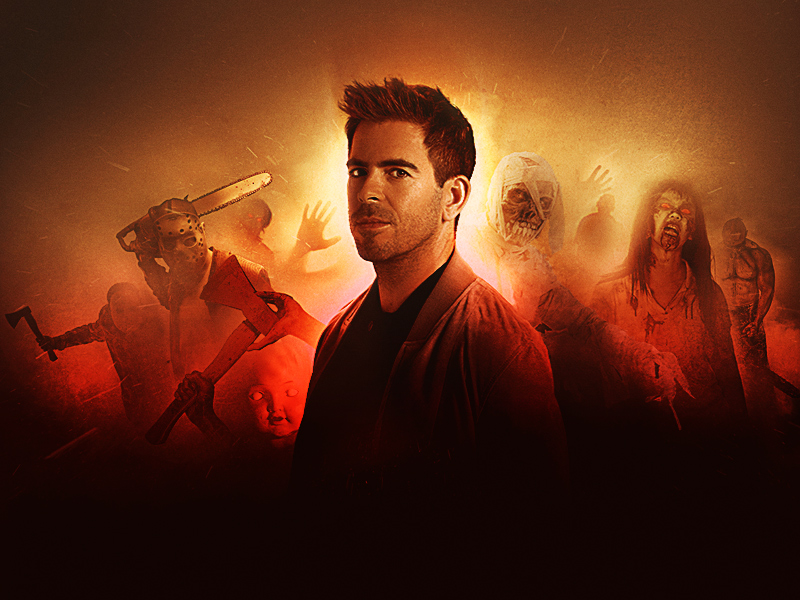 Horror has always been treated like one of Hollywood’s illegitimate children. That was before so-called prestige horror like Silence of the Lambs, The Sixth Sense, Hereditary, and The Quiet Place have seen mainstream success both in box office numbers as well as audience engagement — and award nods. It seems like the genre is finally getting invited to film-family dinner. Right on time, there’s new show that looks at its long-standing contributions to filmmaking, storytelling, and production design and special effects development. Eli Roth’s History of Horror goes back to the beginning to highlight the genres six fundamental pillars: zombies, slashers, possession, creature features, vampires, and ghosts.

Over the course of just seven episodes Roth and a cadre of other horror filmmakers, actors, directors, academics, and celebrity fans discuss their favorite scary stories. The show also delves into the various reasons they keep returning to this singular genre.

The Cultural Importance of Horror

And one of those main reasons stated over and over again by virtually every guest Roth interviewed is horror’s potential for socio-cultural commentary and political allegory, and in particular with taboo topics like death, sex, and trauma. Where horror outsiders may see the genre as weird, frightening, or gross, films like George Romero’s Night of the Living Dead served as a scathing political commentary on race and class in America, and this backdrop of social justice brought by Romero’s dark visions is still a driving force in the genre today. Without Romero’s films, there would be no Walking Dead phenomenon that in many ways first started the mainstreaming and normalizing of horror narratives.

But there’s still much more than that discussed in History of Horror. Horror movies offer us a unique opportunity to ask the question, “What if?” and explore its darkest corners. Horror frees us from social conventions, even if it’s just briefly. Horror takes down the veil of civility that happens on a person or group of people’s worst day and lets it run wild. 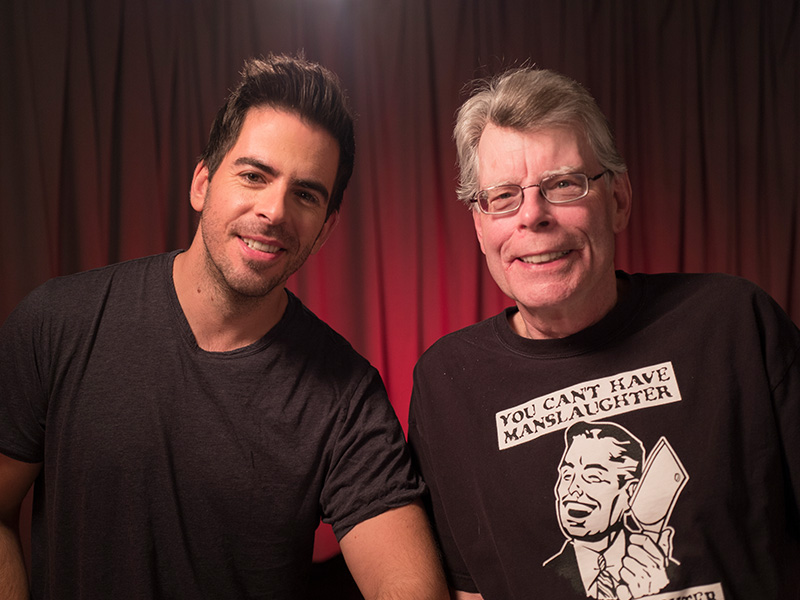 Horror is “taking your most antisocial tendencies for a walk,” says Stephen King. Saw creator and actor Leigh Whannell says horror movies are ambiguous, like a great white shark. Joe Hill claims, “horror movies are an exercise in extreme empathy.” Jordan Peele explains further how horror is an ideal genre to expose social horrors like racism and critique white devilry. And Rob Zombie says horror films are “no different from Grimm’s Fairy Tales.”

The Healing Powers of Horror

One of my favorite moments was The Nightmare on Elm Street’s final girl Heather Langenkamp talking about how her first fans were mostly young gay men. They saw themselves in Nancy’s battle with Freddy Krueger, and her fortitude inspired them to confront the ugly forces in their own lives. Cheers to the healing power of horror.

It was fascinating to hear Roth and Rob Zombie talk about how they wish they could live in the worlds where their favorite horror movies are taking place, as grotesque as they might be. I had a little shock when Jamie Lee Curtis talked about how as a 19-year-old making Halloween, she had to learn how to scream. “I’d never screamed in my life! I mean, who screams?” And another jolt when Haley Joel Osment talked about the films he watched with M. Night Shyamalan as research for his role in The Sixth Sense, because why would a 10-year-old already have a framework for expressing trauma? 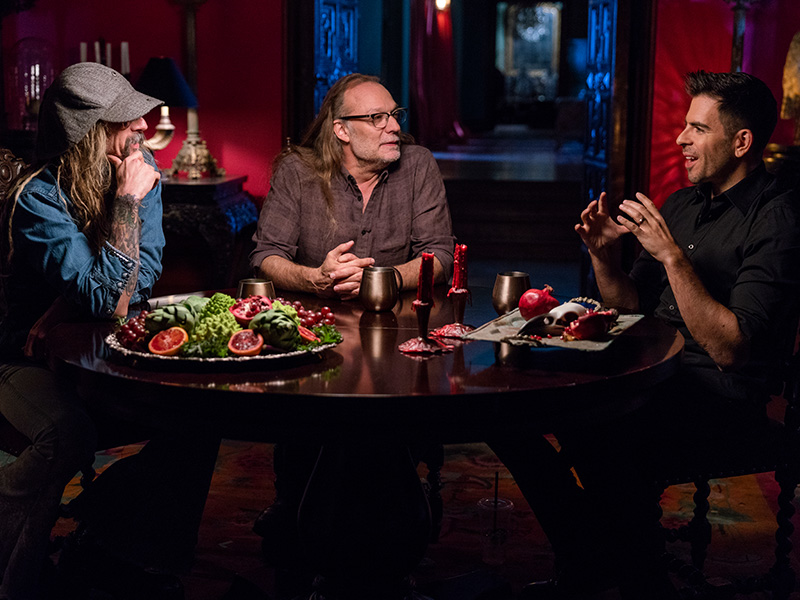 For me as a horror fan, in my almost-40 years on this planet, I’ve already lived several actual horror movies — from childhood violence, to growing up in Asia and Africa with the real-life creature threats of venomous snakes and other dangers in our homes, to surviving sexual assault, and the gun crime that took the life of my dear friend right here in America. By the time I was 10 I was already neck deep in traumas. By the time I was 19 I had screamed for fear of my life more times than I care to remember. I would never wish to be in a horror movie.

I use horror films as therapy to process the things that have already happened to me. It was eye-opening to hear how differently the creators and stars of my favorite horror films approach the experience from their perspective. That these beloved films and performances were created not from a place of re-lived personal trauma or terror only makes them even more powerful, pure in a way I’d never seen them before. And this revelation only makes me love the horror genre — and these particular films — even more. It’s just so personal.

Each installment of History of Horror felt like I was sitting down with a bunch of old friends, nerding out about horror movies — and it was magical. While it does have humorous moments, the general tone of History of Horror is one of an almost religious reverence and extreme respect for how this genre has helped individuals. There is also the powerful social allegories it brought that allowed people to talk about difficult life experiences, like grief, trauma, and death. The cinematography and light design of the show added to the church-like atmosphere.

However, History of Horror is not without a few faults. In the segment on possession, Mary Harron defended Rosemary’s Baby even though its director Roman Polanski is a convicted pedophile. She argues for separating the art and the artist. Having a woman do this made my skin crawl, and not in a good horror way. It also bothered me that nobody mentioned how Alfred Hitchcock often abused his female leads — and Tippi Hedren in particular, who is even featured in the documentary. Hitchcock was an original #MeToo predator, and we need to remember that.

The segment on Twilight made my blood boil as it legitimized that actual trash into horror canon as well as overlooked the many disturbing messages it sends. Issues of pedophilia, abuse, sexual violence, stalking, self-harm, and its racist treatment of Native Americans are among many reasons Twilight needs to sparkle the hell away from everyone. Just because it has vampires in it doesn’t make it a real horror movie. And yes, this is the hill I am willing to die on. Go ahead and @ me.

Their Academic Horror Expert is A Black Woman, Tananarive Due!

Horror scholar Tananarive Due needed to be in every episode, bringing in her eloquence and insights as pertains to race, class, and gender to each of these horror pillars, especially when we can count on one hand the academics of color diving into these analyses. 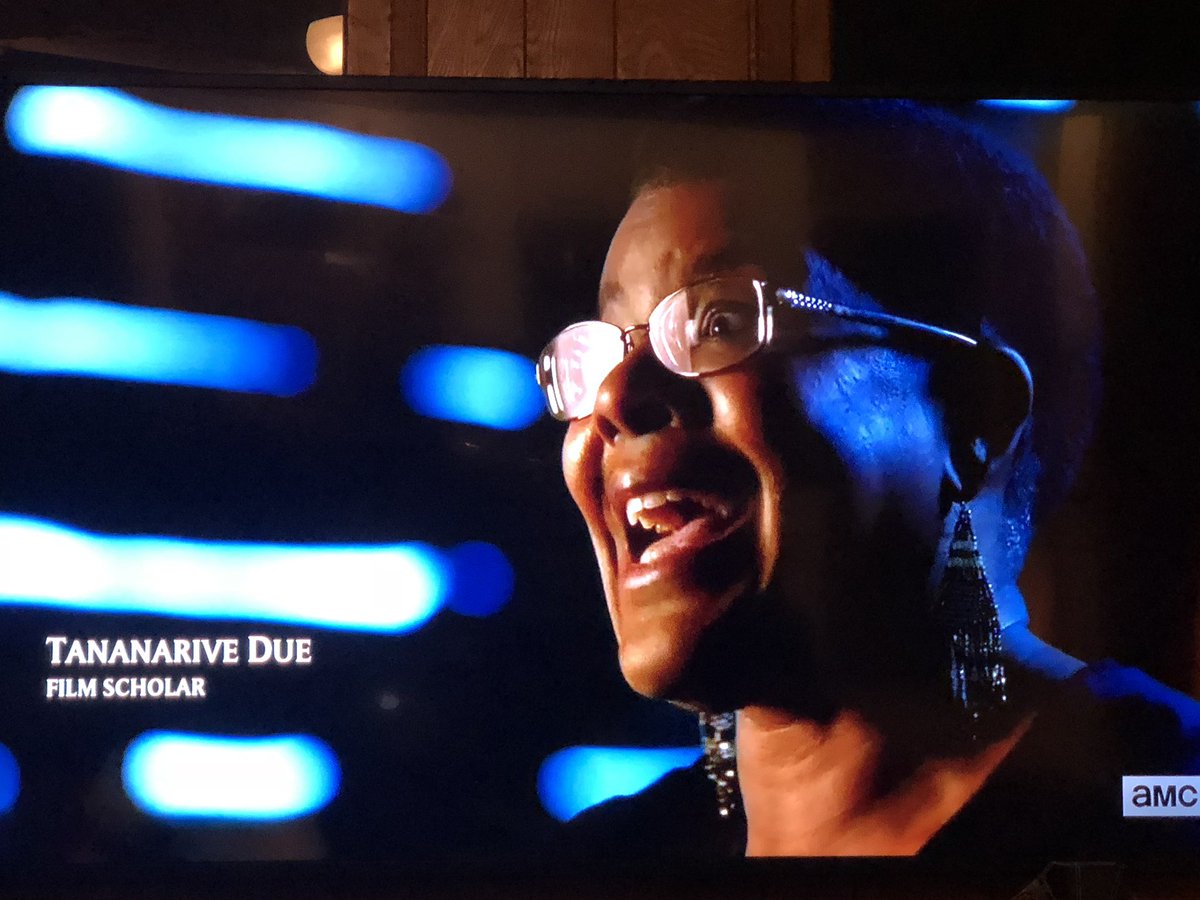 But for seven hours of programming, these issues are relative blips in the narrative making

An Education for Fans and Newcomers to the Genre

The History of Horror a fantastic educational tool both for people like me who passionately love this genre as well as newbies who would like to understand the deeper meanings behind even the “worst” and less polished installments. The watch and reading list presented here is a comprehensive overview of the most influential horror works. And the behind-the-scenes looks from directors, actors, and production teams were so insightful and often moving. Thank you, Eli Roth.

My biggest takeaway from this edutainment is how truly beloved the horror genre is to its creators and fans. We all come to it for very personal reasons, and in the end, we are better and more self-aware people because of it. I really hope there will be more episodes. History of Horror has only begun scratching the surface.

You can stream the entire season of History of Horror at www.amc.com.