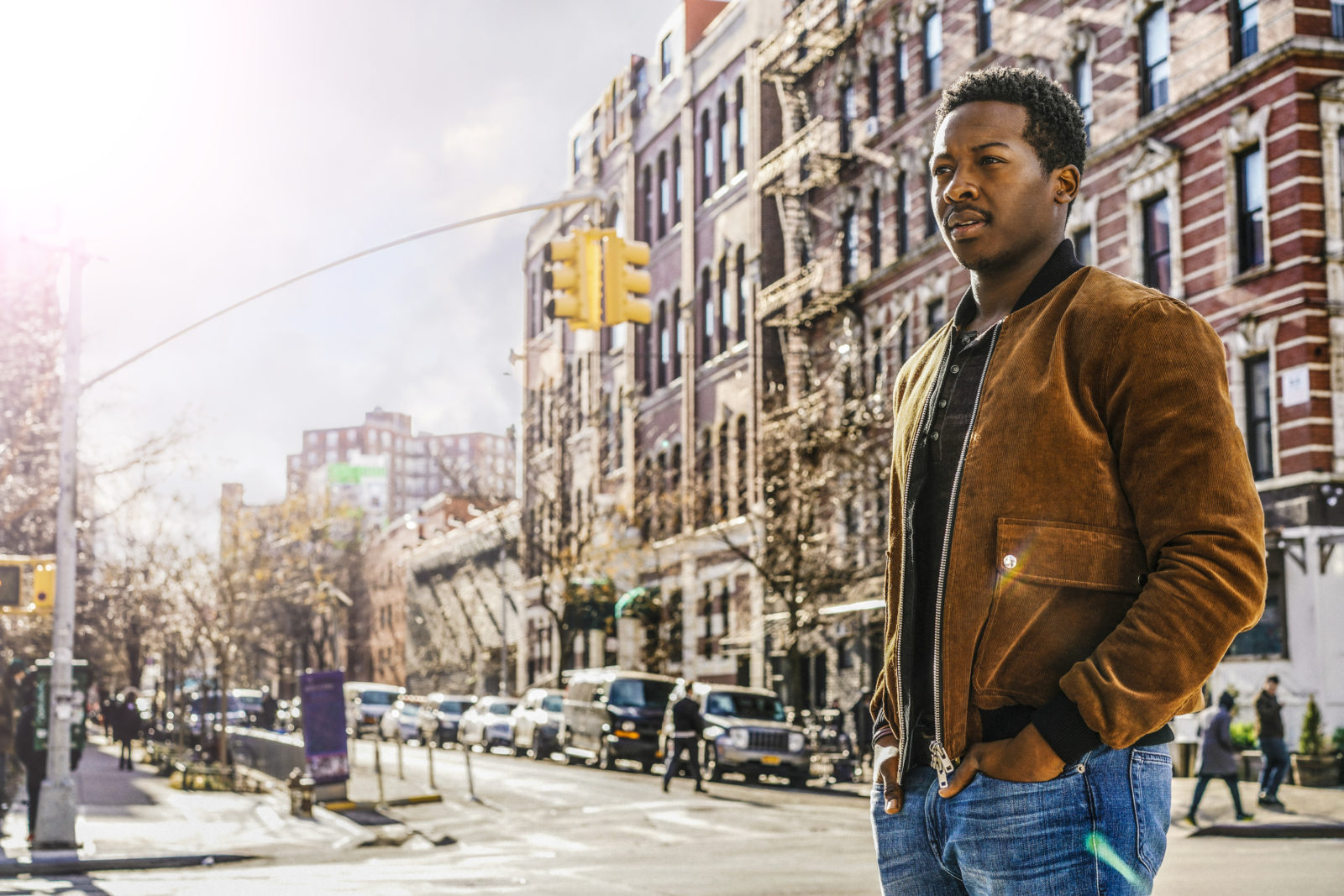 So what would you do if suddenly you get a notification on your smartphone and notice you just received a Facebook friend request from God? In the new CBS series, God Friended Me that is exactly what happens to outspoken podcaster Miles Finer (Brandon Micheal Hall) who is an out and proud Atheist. He shares with his listeners any shred of faith they may have in the Holy Spirit and dismantles the idea of a Higher Power being real.

Oddly enough Miles father Reverend Arthur Finer (Joe Morton), yes his father is a man of God, has a complicated relationship with his son that stems from a tragedy that struck when Miles mother passed when he was a boy. This also becomes the catalyst for why Miles is someone who zealously pushes atheism onto others. Reverend Finer has spent 25 years of his ministry at Harlem’s Trinity Church and hopes to one day see his son seated at one of his services.

Miles sister Ali Finer (Javicia Leslie), convinces Miles to attend one of Reverend Finer’s services and Miles reluctantly agrees. However, it is this day that changes Miles’ life forever when he receives a series of notifications on his phone from God.  At first, Miles ignores the requests thinking it’s some bizarre joke, but when the notifications keep coming — Miles interest is piqued. Shortly after his friend request, a man by the name John Dove comes up under the “Suggested Friends” feature on Facebook. Miles runs into the man shortly thereafter and follows him down the train station. Things take an odd turn when the man appears as if he’s about to take his own life and Miles saves him from danger.

Cara Bloom (Violett Beane), an online journalist also comes up under the “Suggested Friends” feature on Facebook.  He accepts the request and follows the signs to meet with her now that he’s even more curious. Bloom is suffering from writer’s block and needs a good story. When Miles runs into her and tells him about his unbelievable experience about receiving a friend request from God, Cara’s interest is now piqued and she covers for herself by telling her boss that she’s working on Miles’ story.

When Miles’ computer is exhibiting some odd behavior, he reaches out to his BFF Rakesh (Suraj Sharma), a part-time hacker who helps Miles and Cara research the Holy Facebook account. Miles does some investigating and tries to figure out exactly what is happening and there must be a logical reason behind this. He knows this is a hoax and wants to know who is behind it.

Because it obviously can’t be God.

In this pilot episode of God Friended Me, it does a great job of setting up the structure for what we can expect to see from this series. Miles and Cara play the roles of super sleuths on a mission (not a mission from God per se) to find out who is behind the enigmatic account.  And for every person that is listed under the “Suggested Friends” feature, is the next person that will be impacted by the work of Miles.  Or perhaps in the grand scheme of things, they will have an impact on him.

The pilot also does a great job in establishing right away why Miles is an atheist. As mentioned earlier due to the loss of his mother, whom he prayed for to get well, when God didn’t answer his prayer, Miles decided to abandon God and convert to atheism. So Miles is not someone who felt this way from birth or even at a young age, but there was a tragedy that was inflicted upon him that changes his views about believing in a Divine Being.

All of the characters are three-dimensional and interesting, especially Rakesh who also has some interesting adventures of his own with respect to his love life. And then there is Cara who we find out has a connection to Miles from her past and that this friend request connection is not exactly a coincidence.

The story behind the idea of getting a Facebook friend request from God is actually a pretty cool concept.

CBS has God Friended Me scheduled to premiere on its network on September 30th.  However, advanced access to the pilot episode is available today August 31st across multiple platforms including iTunes, Vudu, Google, Sony, Twitter, Facebook Premieres, Instagram’s IGTV, CBS All Access, and CBS.com.

Created by: Steven Lilien and Bryan Wynbrandt.
Have you had a chance to check out God Friended Me?  Let us know what you think!