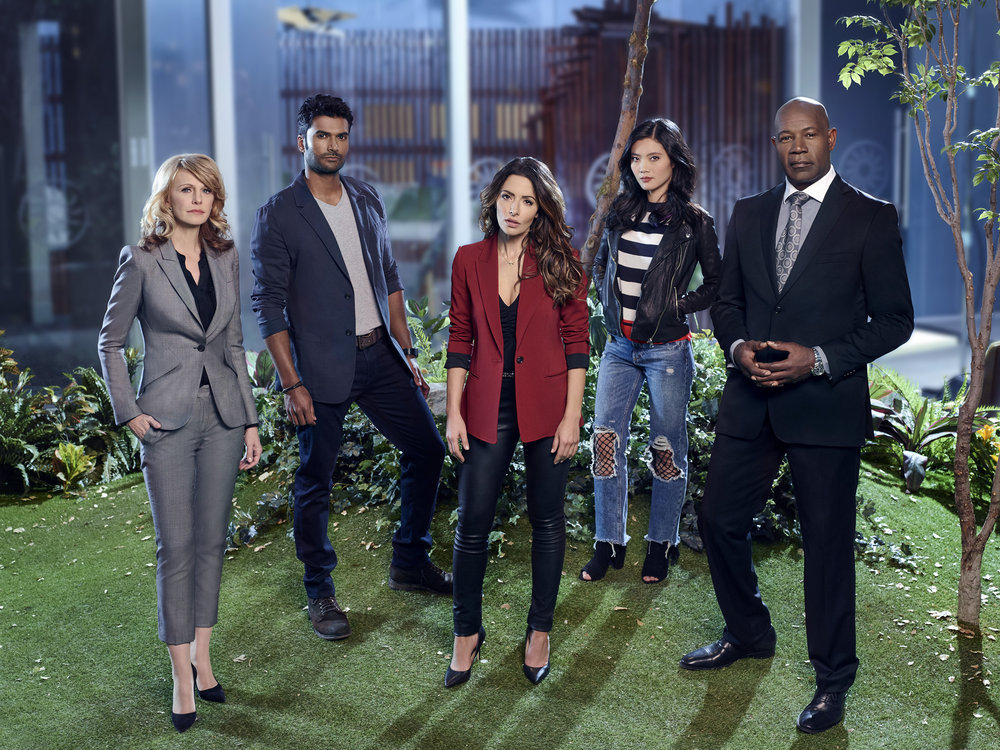 Reverie in its very first episode attempts to join popular films and TV shows such as The Matrix, Inception, and Black Mirror, by fusing together key elements like psychology, dreams, and technology to create a virtual utopian world where people are dying to enter. But just how far can technology take us before we lose our ability to feel? The main character is Mara Kint (Sarah Shahi), a former FBI negotiator turned college professor after a life-changing event. Her male counterpart and former boss, Charlie Ventana (Dennis Haysbert), recruits her for her superior communication skills to help save the users of Reverie from themselves. Mara Kint, along with the creators of the Reverie who include Paul Hammond (Sendhil Ramamurthy), Alexis Barrett (Jessica Lu), and even an advanced A.I. named Dylan (Kai Scott), will try to repair the damage done by their own technology.

Let us first begin with the amazingly diverse cast members who more closely resemble America’s viewers. The show has four out of the five main characters who are people of color and three out of the five of those characters are women. This show breaks the boundaries of stereotypical roles that women and people of color usually play and inserts them in high power positions. The characters feel and play off each other’s energies and charisma making the story more believable. The discussion in recent years has been the influence technology has on individuals. Mara Kint does a great job of expressing the negative effects these devices have on people but begins to transition towards the understanding that she can use technology to help those she is attempting to rescue. The team establishes a great rapport with one another as the characters blend their specialties together. The show combines Mara Kint’s communication expertise with the staff’s technological advancements to underscore how the two can survive in harmony in an ever-changing world.

Every great hero story has an origins tale, and television shows have adapted this into their repertoire of creative methods. What seems to be overly done to the point of being a cliché, however, is the idea of the expert being able to help everyone but herself. This is such an overused trope that it leads the viewer to question the originality of the remaining storyline. The character is an expert and using drugs and alcohol to escape their reality has equally been overdone and has now become another tired trope. This is expressed in characters as far back as Sherlock Holmes, and more recently in Dr. House. Admittedly, Reverie at least makes a connection between Mara’s desire to escape her reality with that of the people she is attempting to save who are doing so more literally with the help of this new technology.

Being a lover of science fiction, I am still optimistic about this show becoming popular with its viewers since it plays with themes like fantasies, technology, and even academia. Sigmund Freud has written extensively on the concept of dream interpretation, and this first episode attempts to expand upon what Freud did with the help of present-day technology unavailable during his own time. The show captures the essence of a dreamlike state in which anyone can live out their cherished dreams and even darkest fantasies. The fantastic world created where anything (almost anything) can happen thrilled me more than it should have, but that ultimately does not mean it is perfect. This begs the question for the viewer, what do we really want from our reality?

The first episode’s premise involves having regular people wanting to recapture something they lost, this is done by transporting them into a dreamlike state in which anyone can live out their deepest desires. The very first victim, Tony, constructs a time of great romantic affection with his love, Naomi. Tony is unaware of how much real time has gone by and is in danger of never coming out of the dream. He relives the same events repeatedly in order to evoke the same emotions and experiences he once had so he can gain what he missed out on in life — which is his happiness. In his life, Tony was unwilling or unable to take the necessary personal steps required to ensure the safety of his wife, thinking that simply making money was the key, ended up leading him down the wrong path. By diving deeper into his mind, Mara Kint is able to unlock the truth behind his obsession with the fantasy world and clear up the hidden mystery behind the butterfly symbol that threatened to destroy the virtual world and them.

The first episode explores realms of the human condition, showing that each character is hindered, haunted, or are unhappy with the state of their lives. The closing scenes reveal a few of the main characters with secrets they hid. Alexis Barrett is seen talking to the A.I. remarking about how they played a game as children, allowing the audience to speculate about their relationship. This is further expanded upon by panning to several photographs, which helps to solidify an understanding of their relationship. The episode concludes with one final mystery, when a little girl emerges in the background who appears only monetarily to Mara Kint, enough to establish theories as to her presence. The show ends with several questions that have this viewer wanting to see more.

Reverie combines sophisticated technological concepts with elements of the human mind to show a new and perhaps even terrifying understanding of the subconscious mind. The very last scene makes us wonder what is real and how can we tell if we are actually out of the virtual world when we see and hear the past that has been hidden in our minds. The members of Reverie will work in unison to try to make those under the influence of technological advancements human again. Hopefully, this show will flush out more of what the viewers want to know and keep our thirst for the concepts of dreams going.