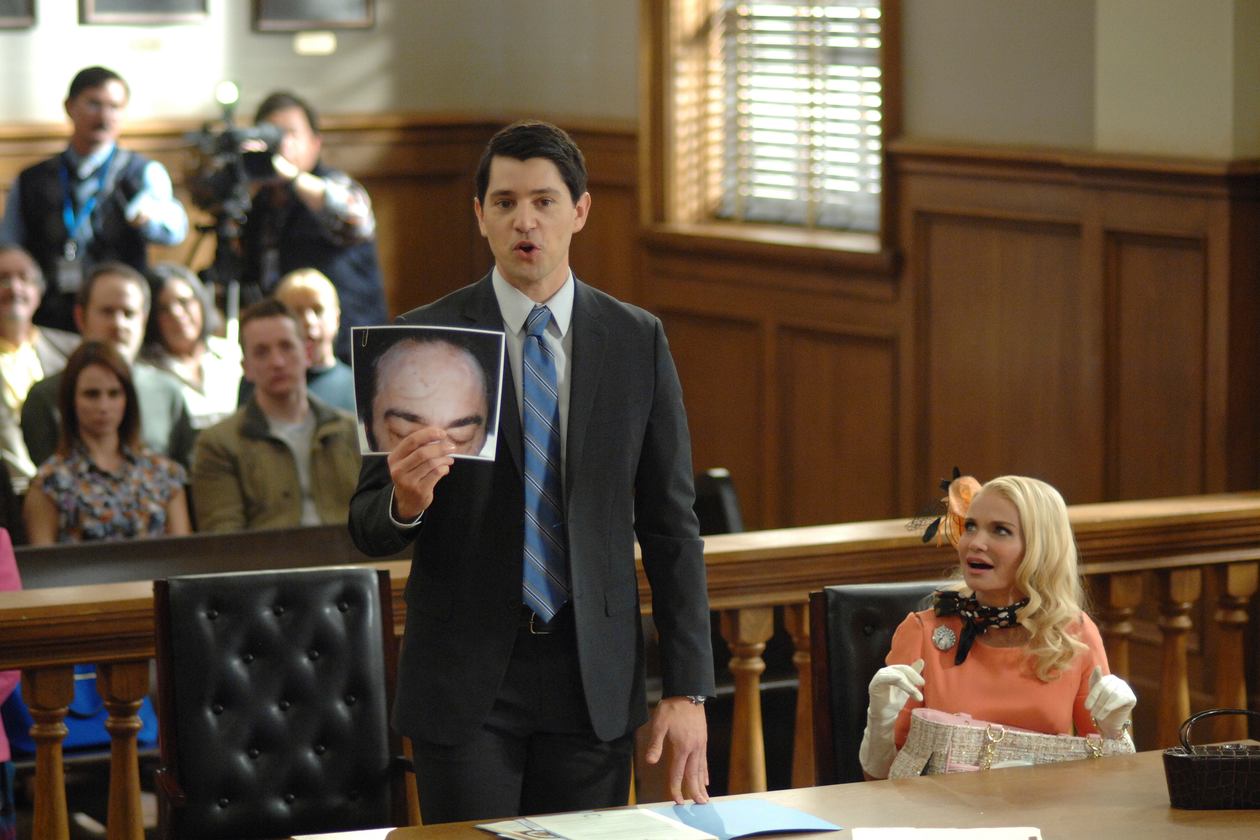 Great comedic shows like 30 Rock, Unbreakable Kimmy Schmidt, and Parks and Recreation now have a new addition to the family, and that is Trial and Error: Lady, Killer. In Trial and Error’s second season, the creators Jeff Astrof and Mathew Miller developed a witty murder mystery that enthralls the senses. The show continues its spoof of crime documentaries in its second season.

This season deals with a wife that is accused of murdering her husband, but things are never as lucid as they first seem. The show proves to be a hilarious thriller for anyone who is a fan of comedy. Trial and Error with its undeniable satire ventures into the world of the legal profession to deliver a great cast with clever writing that has easily become a must watch this year.

Josh Segal (Nicholas D’Agost) a lawyer, attempts to prove his client innocent with the help of his two sidekicks Anne Flatch (Sherri Shepherd) a comedic woman with a few unique talents, and Dwayne Reed (Steven Boyer) a blockhead with a kind heart.  Together they all manage to stumble their way to the truth in the small town, with a few setbacks along the way, in order to save their client. 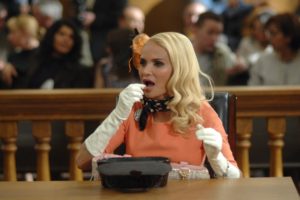 The way in which language and humor are used in the small town is a continuous theme throughout the show. Names are often used as a focal point that reoccurs for comedic effect. The laws placed on the townspeople also shows a sense of absurdity that is both smart and entertaining. Characters often fall prey to this comical ploy of the show, often playing on stereotypes to reveal with irrationality.

A New York lawyer Josh Segal landed the biggest case of his career in the town West-Peck. His precise comedic expressions, his law quips, and his blithely unaware sense of the small town he is inhabiting make for a perfect character. He is a newcomer, and he hopes to be a transplanted Pecker. He attempts to assimilate to the town finding its quaintness and feels he will adjust well, after all, he is undefeated in law cases, 1-0.

Segal is often poked fun of for being an outsider and is frequently called a North-easterner which is synonymous with witches in this small town. With his quick mind and personable demeanor, he wins the trust of his client and the most beloved woman in town, Lavinia Peck-Foster (Kristin Chenoweth). His mission is to get her freed from the accusations about the murder that has occurred.

Making a comeback in comedy is Sherri Shepherd as Anne Flatch in Trial and Error. She is best remembered for her role in 30 Rock as Angie (Tracy Jordan’s wife). Her talents are not wasted in this hysterical murder mystery mockumentary. She plays a witty sidekick and paralegal to the lawyer. Her gimmick usually changes in every episode which leads to a nonstop riot of laughter for each one of her exceptional talents. It is almost impossible to watch this show and not want to see more of Anne. Her ability to play innocent adds to the layers of her already marvelous talents. She moves the show along by finding, understanding, and delivering comedy when needed. She is easily the funniest character yet.

Dwayne Reed is the lead investigator of the show. Dwayne is a native of the town and is an emblematic representation of most of the townspeople. The Reeds and the Pecks have a lifelong feud that adds to the already dysfunctional town. The Pecks forged a connection between the last name Reed and feces, leading to another instance of name calling adding to the humor of the show. Reeds name will often be used in terms of other words. Reed is a loveable character that is always the butt of the joke. 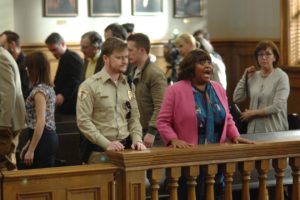 Segal’s client is none other than the unconventional illustrious Southern Bell Lavinia Peck-Foster from the town of East Peck. She is the town’s first lady. Lavinia’s personal fashion is unparalleled, with her elaborate hats, her ostentatious outfits, and to complete the ensemble her lovely hairless cat. Lavinia Peck-Foster’s family is notoriously loved by everyone in the town and for Josh, losing would mean being hated by everyone he knows.

Lavinia and her family are best described as having made the town, with such great lines as “Lavinia made this town with her own two… to three hundred workers.” Lavinia is accused of killing her husband Edgar who was found inside a suitcase in her beloved car. While the male lead Josh tries to find ways of clearing Lavinia Peck-Foster’s good name, he also falls for both the town’s and her burlesque shenanigans.

Trial and Error creates a narrative that draws you in and will have you laughing from start to finish. This is a refreshingly new sitcom and simply one of the best comedies of the year. Season one has come in under the radar for comedic shows, but if the second season is any indication of what the first season is, this show can easily replace any voids for any lineup.

This delightful trio Josh, Anne, and Dwayne with their hilarious adventures create an unpredictable comedy that breaks traditions with a lot of pre-established ideas of tomfoolery, while simultaneously lending itself to newly established traditions. Trial and Error is a great comedy that will have you on the edge of your seat wanting more until the last verdict is issued, but as always, things are not always as clear-cut as they first appear. This is the perfect fun, lighthearted comedy to fill your empty comedy viewing routine.

Interview: The Cast, Crew and Brian Banks Himself on the Story of ‘Brian Banks’

‘Journeys of Faith With Paula Faris’: Sherri Shepherd On Her Faith and Painful Past