Colin Woodell walks onto the set of the new Purge television studio for an interview with a bright smile and a jawline so sharp you could cut your hand on if you ever got close enough. For many viewers, this might be the first time experiencing a performance from Woodell. Yet once audiences see firsthand his display of raw talents, they will all soon be swarming over him, not just for his incredible good looks, but also for his outstanding acting on camera. For those who are familiar with his work, this spectacle will rival his work in other such films as Unsane, Unfriended: Dark Web, and A Long Day’s Journey Into Night (a live theater production). Woodell’s performance will have you thinking you understand him until the very end, but as in much of his performances, there is always so much more beneath the surface level.

Colin, with his youthful appearance and his soft wavy hair, presents himself with all the confidence an actor could ever ask for. He walks and sits into the chair across from me. The atmosphere is lit by a single candle, ready for the interview. The first thing you notice is his aqua-crystal blue eyes that are so deep, you can get lost in. The interview began.

Woodell is no slacker. He grew up doing theatre and used that momentum to galvanize his adult career. He stated, “Plays are the most challenging, most exhilarating, and very fulfilling.” In the wake of his television and film career, when his popularity was reaching heights it had not before, Woodell chose to opt-out of television and film to pursue his stage acting. He landed his most unforgettable role as Edmund Tyrone in a Long Day’s Journey Into Night by American playwright Eugene O’Neill and Directed by David Horn. Only Woodell is a deft-enough talent to be able to capture the essence of the elusive Edmund Tyrone. This perfect blend of a well-written character and raw talent makes for a memorable performance. While his embodiment of Tyrone was a hit, his film, and television, popularity took a hit from his brief stint away.

In a dimly lit room, over a rustic table Woodell revealed to me his experiences and struggles as an actor. The soft light from the candle danced with romantic warmth around his strong facial features as we talked about his past involvements in film, drama, and television. He talks about his most notable performance on stage.

“I took on the play, and it took the wind out of my sails a little. The buzz surrounding me was not as alive as it had been. It was four months of hard work, failing, making mistakes, and there were nights where I would wake up in the middle of the night just thinking. I did not feel good about the choices I made, and I was unsure about a lot of things. There was not much I could do to get out of that mindset, I would be working on an eight hour a day on rehearsal, or a three-hour long play, I was just too busy I could not do anything else.”

When his sad puppy dog eyes looked up, I asked, if you could do it over again, would you change anything, his response was shocking. I expected to hear the same two-cent answers most people give, but Woodell is not like most actors. He said, “While the rewards were not as glamorous as film and television, now that it has been a year, I am a much stronger actor now because of those experiences. It was a crucial experience for my growth.” He enjoys the struggle, the fight, the experience, and agitation that derives from such a stable career path. This is what makes him such an amazing actor.

Loving a challenge, he has landed a spectacular role, which comes as no surprise to his many fans, in the television series The Purge. The Purge films have gained massive success with its psychologically driven plot. Now, the franchise is branching out onto television with a soon to be hit series. In the show, Woodell plays an all-American character named Rick, who is described as a “lifelong bootstrapping self-made man”. He soon finds that climbing the social ladder is not always as appealing as it seems. The socialites he surrounds himself with present unforeseen complications to his marriage as well as his own set of ethics. Rick and his wife Jenna (played by Hannah Anderson) must discover just how much of themselves are they willing to lose to achieve and stay in the American Dream. 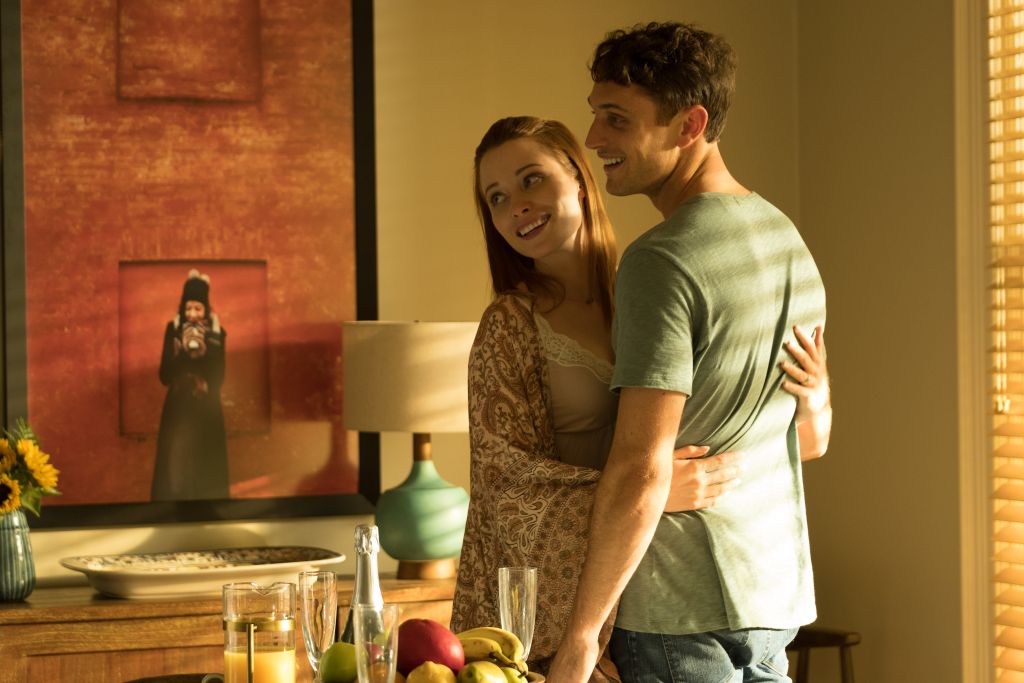 Woodell’s success as Rick lies in the amount of time and effort he places on understanding the character. Being an American actor, one would think this role was born for him, but in fact, that could not be further from the truth. The truth falls within the choices Rick makes. Are they morally driven? Are they selfish in nature? There is a darkness within everyone, it just a matter of time before it comes out. His actions will leave the audience wondering and questioning, if we were in his shoes, could we do what he did?

In the final moments of the interview, he expressed, with nothing less than pure honesty, his gratitude for the set of questions I had prepared. The way Woodell speaks directly to you, looks at you softly, and treats you like you are someone, ensures he genuinely cares. An actor who can play any role flawlessly will become as famous as Chris Pratt or Chris Pine. His final comment was “This is the best interview I had in a long time”. With his honest smile, I cannot help but believe him.

I await the next interview after the success of The Purge television series airs.

BGN Interview: Amanda Warren on ‘The Purge’ TV Series and Her Nerdy Girlhood