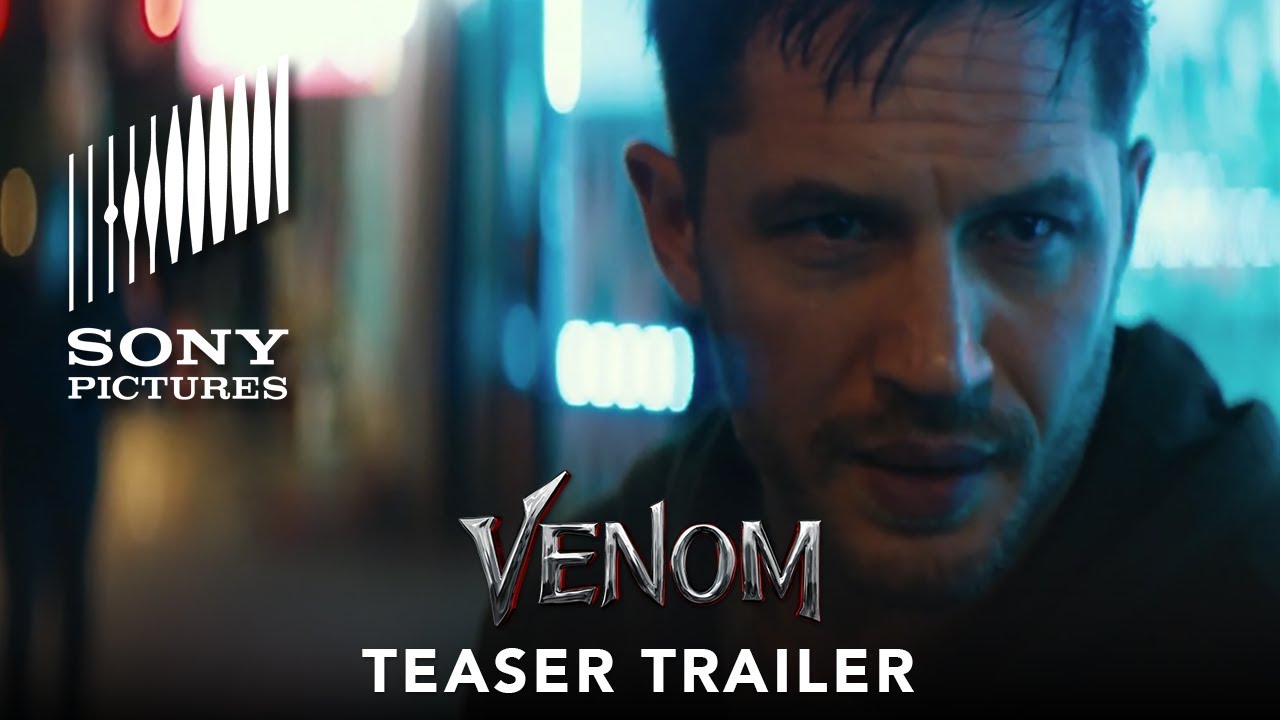 Venom‘s road to release has been plenty mysterious, with sneaky teasers trickling out, and very little Venom overall. One thing is for sure, though: we’ve got a killer cast to contend with, led by Tom Hardy, the multifaceted performer who can seemingly do just about anything. Looks like the charismatic lead has gone from using venom, to being Venom. We get a lot more Hardy in the new Venom trailer, but very little Venom thus far.

Sony Pictures continues the slow reveal with its newest teaser, which introduces (though not by name, specifically) our main antihero Eddie Brock. Interestingly, all present reports point to the film garnering an R-rating, an exciting and unusual notion for a comic book-based motion picture. For fans of the Venom character and comics, an R-rating seems absolutely in-line with the unpredictably menacing and bloodthirsty symbiote.

Still, so many questions remain! Is Riz Ahmed playing the (arguably even more) brutal character Carnage? Will we get to see the villain’s symbiote-stricken visage in a future Venom trailer, or is Sony saving this for the big show? How big and long and slimy a tongue will be we dealing with come opening day?

For now, we’ll have to wait until October 5th for the truth about Venom.

Review: ‘Venom: Let There Be Carnage’ Is a Wonderfully Twisted Love Story