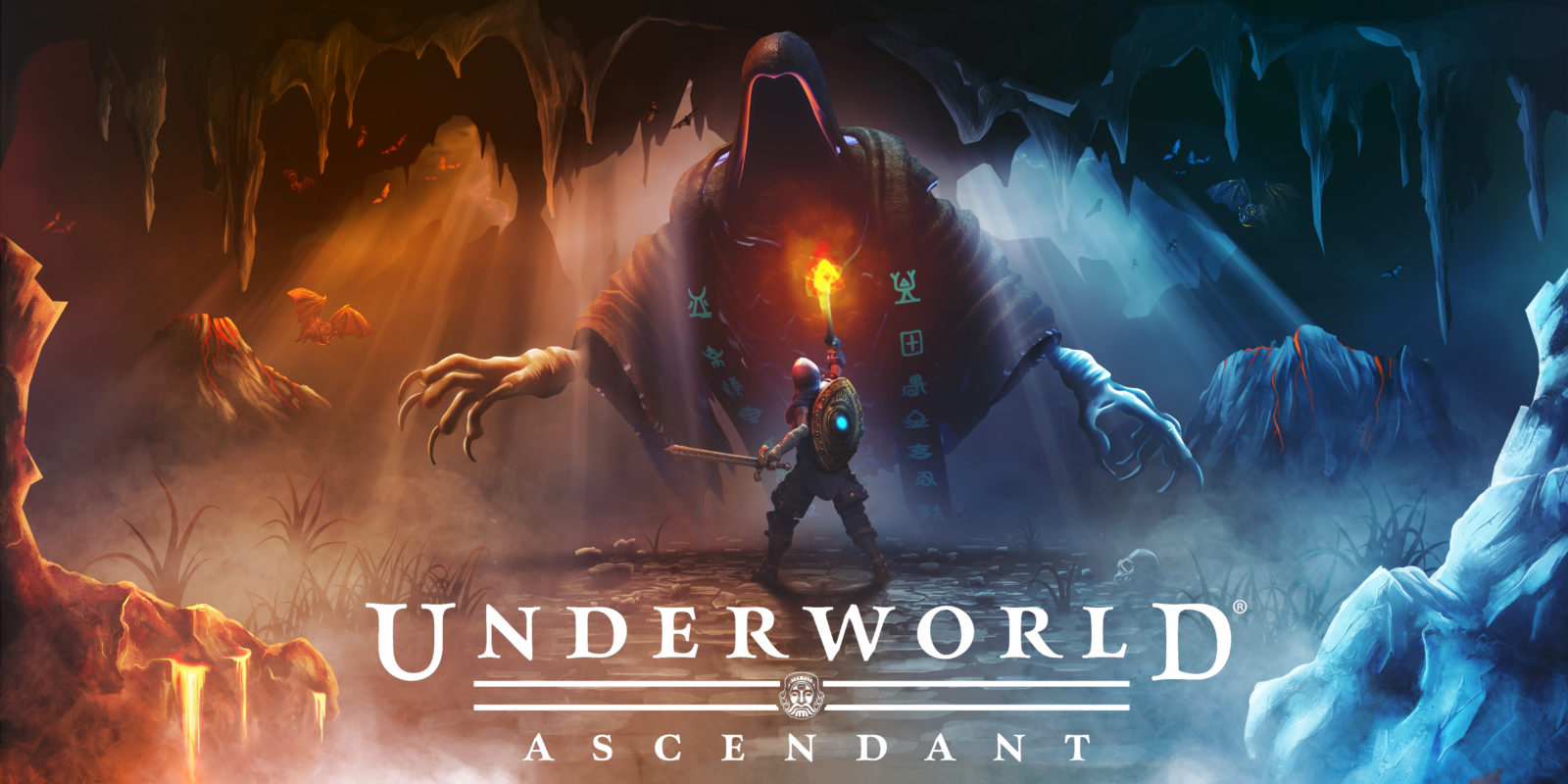 One of PAX East‘s most interesting surprises wasn’t actually on the show floor, but shuttered away in a meeting room of the Westin Waterfront hotel. 505 Games hosted two structured demos in this room, the multiplayer crafting/building/shooting sym Memories of Mars, and the long-awaited Underworld Ascendant. 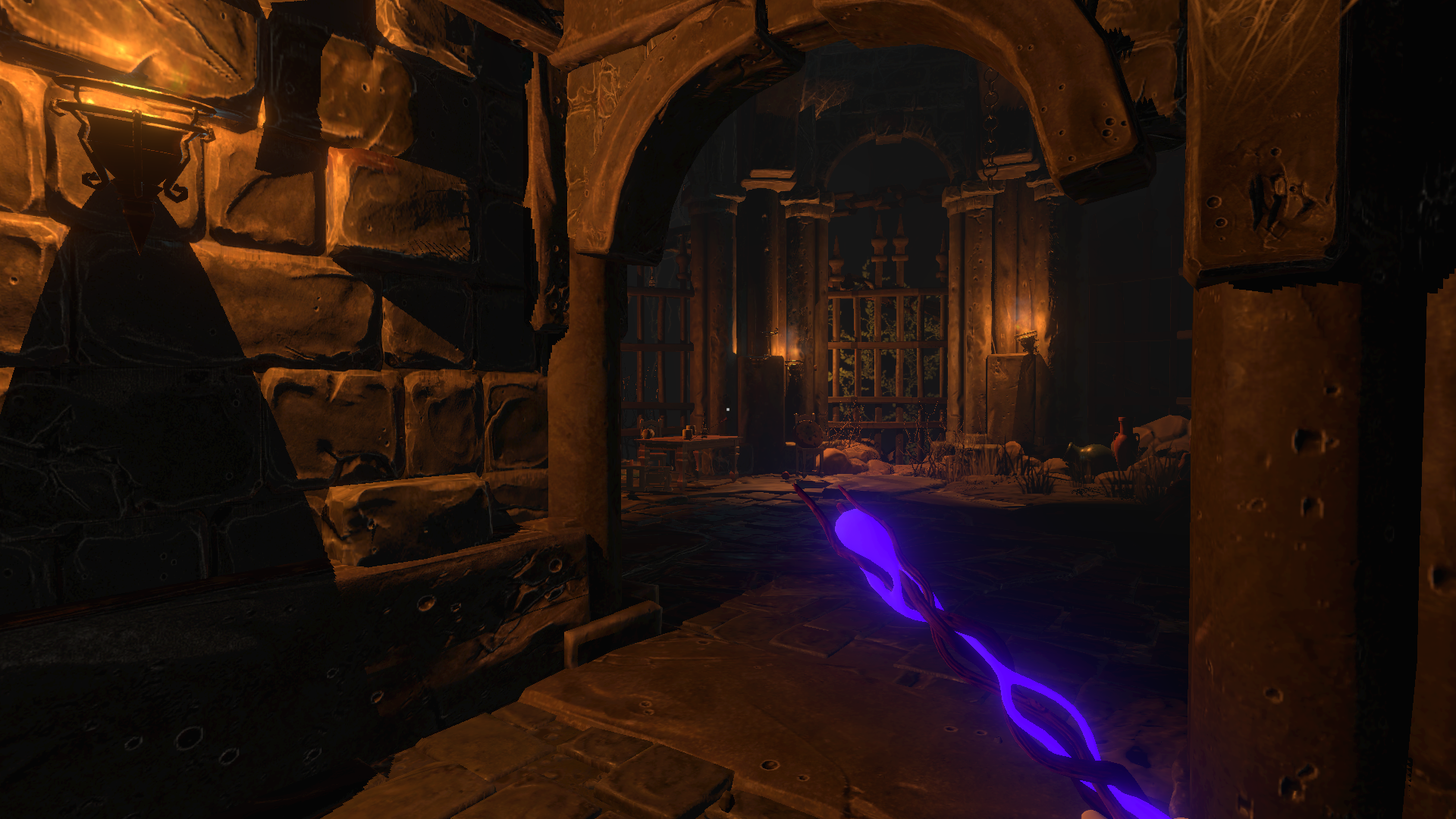 Warren Spector’s name and past projects are well known to gamers, and a particularly influential title in his portfolio is 1992’s revolutionary immersive sym Ultima Underworld. While aspects of it might feel somewhat dated to present-day gamers, the game introduced a myriad of concepts and mechanics that we now take for granted, including its non-linear structure, and even its free-look, potentially the first game to offer this aspect of control modern-day gamers probably take for granted.

It’s literally TWENTY SIX YEARS LATER, FOLKS. Ultima Underworld may have had its direct descendents, not to mention the many other games which have taken up its atmospheric torch, and we now have a direct, um, ascendant. Underworld Ascendant is a spiritual sequel of sorts, and features a brilliant team of collaborators and a playfully interactive underground labyrinthine city to explore, break, burn, and reconfigure to your needs with spells and physics exploitation. 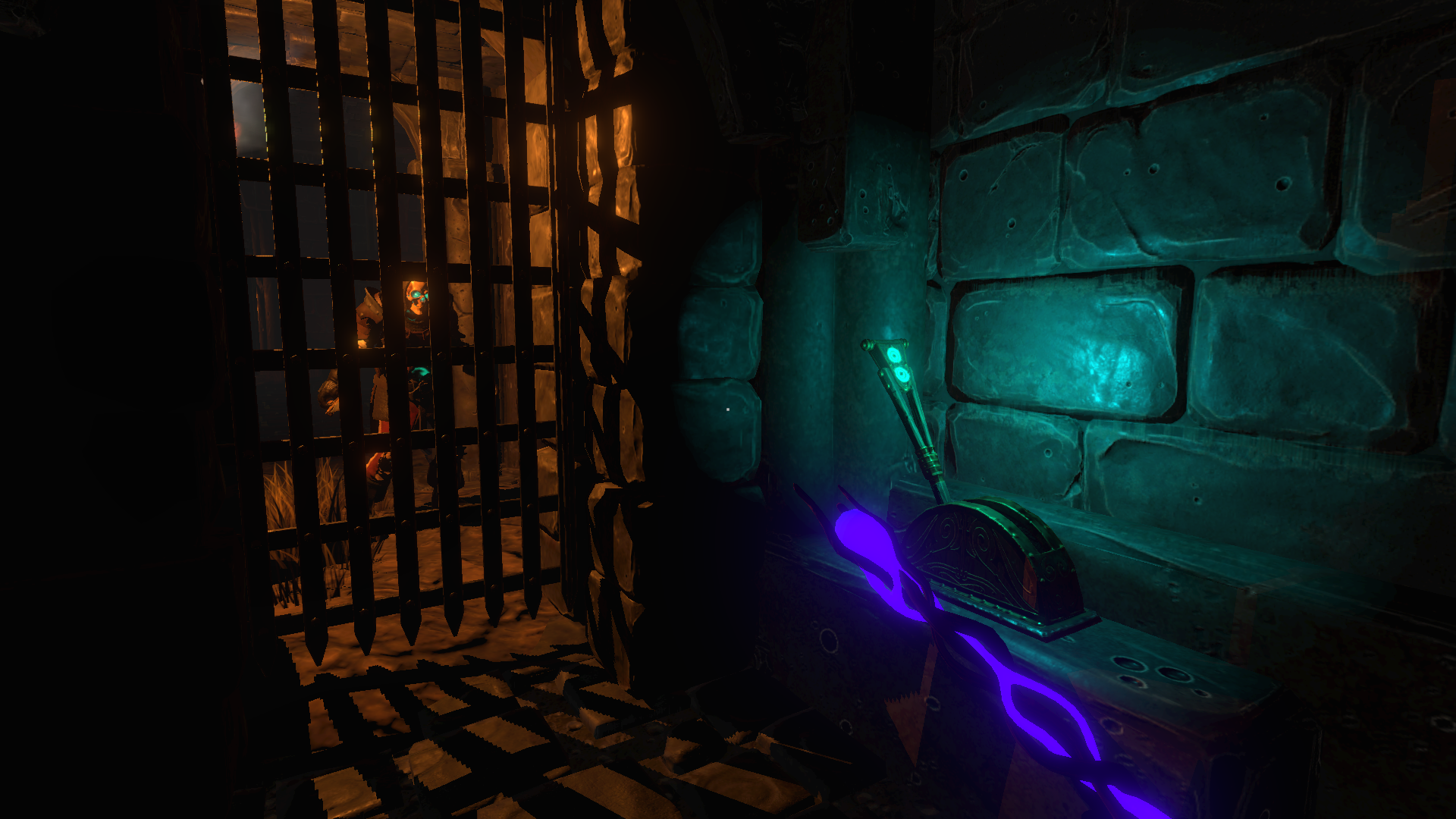 There’s also a pretty significant narrative in play, an omnipresent voice who guides, torments, and challenges you, prodding you to be creative in your pathfinding and decisionmaking. While its predecessor is a key throughline to this experience, there are so many games inspired by Ultima Underworld and its sequel which stand in the gulf of time between these titles, so a more recent touchstone might be Dark Messiah of Might & Magic, the physics-heavy, first-person, “kicking RPG,” especially its frequent setups for puzzle-solving and mayhem. In Ascendant, you’re not restricted to just spamming melee attacks on the environment, though, and the demo soon shuttles you towards a magic wand which lets you further abuse and cajole the objects and enemies around you. Wands and spells will be a focus of the game, with each offering an interesting level of control over specific chemical, structural, and organic aspects of the material world. Expect the most obvious, like fireball spells, but also some new twists, including the ability to manipulate plant-life to your needs.

Essentially, the game takes the experimentation of a particularly imaginative player in a D&D session who wants the harass the DM and let’s them run wild. 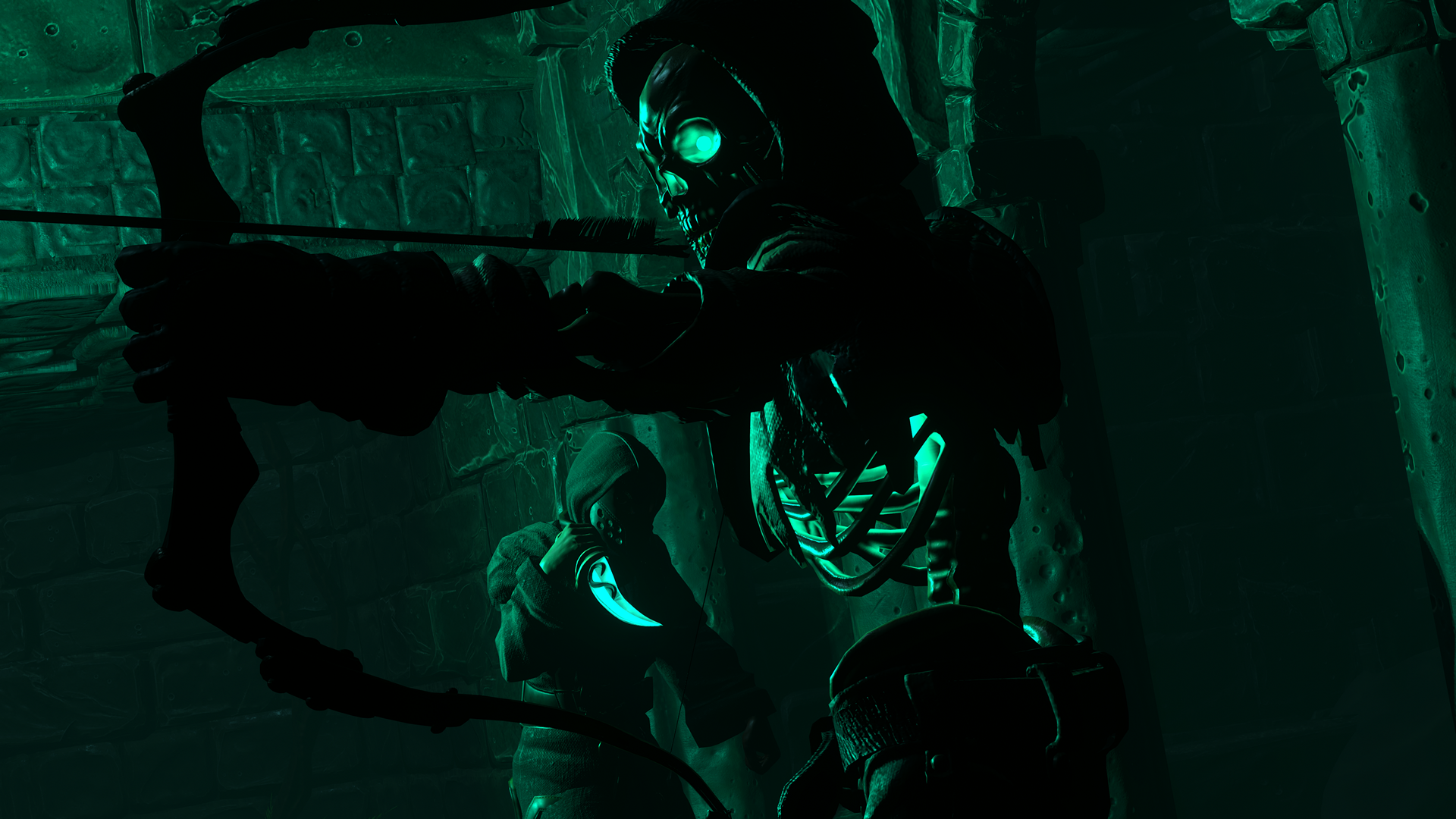 Players will also encounter enemies in addition to the expectant traps, puzzles, and ever-present locked doors, and while the AI in the demo seemed a little frazzled, the mechanics of stealth and discovery were clearly in place—and so, skulking in darkness, shooting out light sources with water arrows (something definitely hat-tipping towards Thief), and sneaking up for a deathblow blend fluidly with the emergent gameplay. Another mechanic, which I’ve only seen rarely in other games, is its checkpointing system; you soon discover a mystical glowing plant structure which can be replanted in other areas as you pass, creating an effective spawnpoint you’ll restart from after death. This makes me wonder whether death itself (since this method belies save-scumming) will actually figure into the overall plot as well, much like how player death was incorporated into the greater narrative of the Bioshock series.

While Underworld Ascendant‘s playable alpha was a little fidgety, it promised a tantalizing mix of Portal-like logic puzzles within a dark fantasy genre. With dozens of items being obtainable from tables, floors, and chests, each of which having some kind of active interaction within the gameworld, the mind reels at (1) how many possible solutions to proceed will be available at each step and, (2) how much fun it’s going to be to stream the game on release. I can already imagine people in a Twitch chat insisting that a streamer throw a burning loaf of slime-covered bread at an enemy, or electrocute a puddle they’re standing in to see what happens. 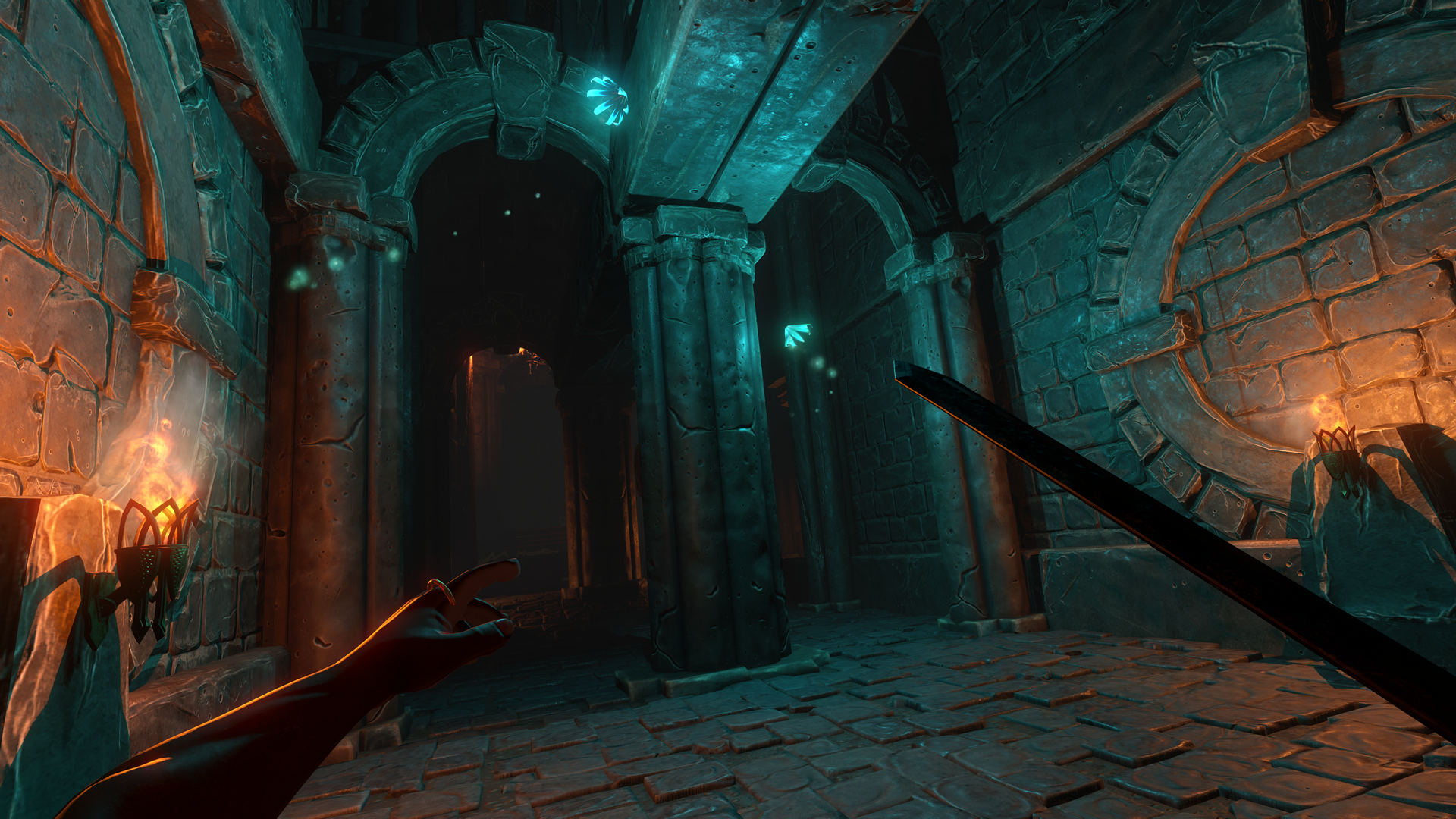 Taking a team that includes Stephen Russell (video game voice acting royalty for his lauded role as Thief‘s Garrett), Tynan Holmes, and Nina Freeman of Gone Home/Tacoma fame, Underworld Ascendant summons a bounty of talent for its immersive sym concept. They even have concept artist Robb Waters who previously worked on System Shock, another influential classic which centered experimentation and environmental storytelling; I’m uncertain as to whether the latter aspect might be somewhat downplayed considering the narrator/guide, but the former looks to be the game’s primary emphasis. Conjuring the ghosts of these classics but offering increased player agency, Underworld Ascendant may well capture gamers looking for something more experimental than your typical dungeonhack.