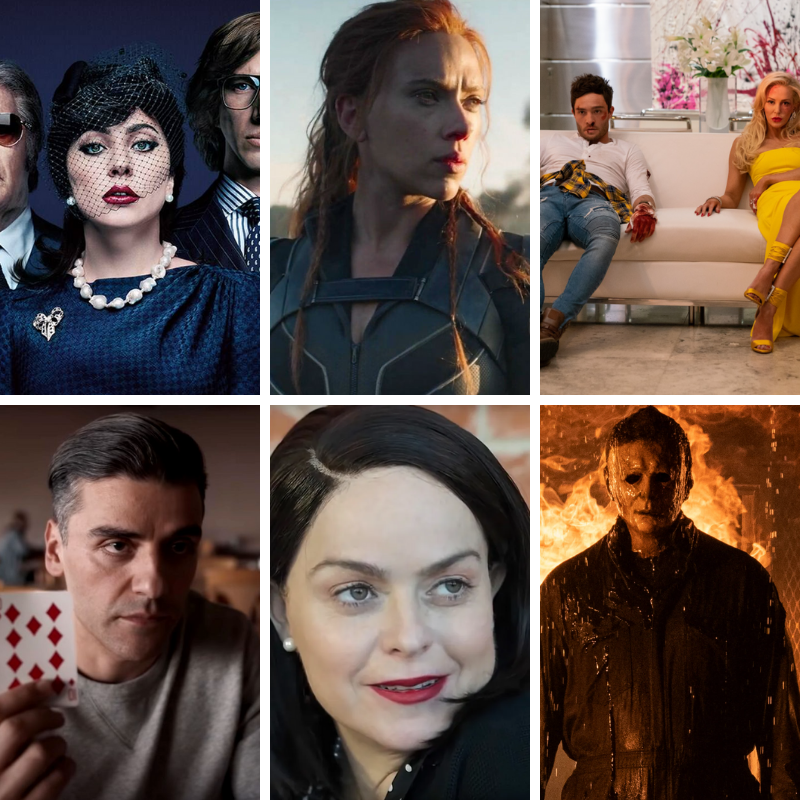 This year for cinema has brought us some incredible films with notable performances.  However, there are always a few bad apples in every bunch, and 2021 was no different with its slate of releases. Brace yourselves — here are our picks of the worst films of 2021.

Perhaps I had high expectations for Paul Schrader as a huge admirer of his work, but I can’t in good faith recommend The Card Counter to anyone as a film worth your time.  While I love Oscar Isaac and I think he and Tiffany Haddish are great actors, they give one of the blandest performances of their respective careers in this thriller about an ex-military interrogator turned gambler (Isaac).

This is yet another film featuring talented actors in a dreary and lackluster plot as its backdrop. Starring Denzel Washington, Jared Leto, and Rami Malek, The Little Things is a story about a serial killer terrorizing Los Angeles. One of the most hilarious moments in the film is a scene between Leto and Washington in an interrogation room with super sloppy editing and the poor jump cuts that made what was intended to be a dramatic moment incredibly funny.

One would hope that a sci-fi film starring Tom Holland and Daisy Ridley as leading characters would be an instant cult classic. Stars David Oyelowo and Cynthia Erivo round out an all-star cast in this film that has a story that goes nowhere. The plot tells the tale about a society of women who have all disappeared and men with an affliction where their thoughts are on display for everyone to see. The only “chaos walking” away from this movie is its own logic.

I can usually find at least one tiny thing to like about a bad movie. Karen is the exception. There is nothing good to say about this film. The premise and dialogue are far from thrilling. Cory Hardrict and Jasmine Burke don’t have half-decent material to work with, so one can forgive them for their one-note performances. It’s a film that tried to say something powerful about racism, but ultimately came off as cartoonish with its heavy-handed attempt at social commentary. Despite its ridiculousness eliciting a few laughs, Karen doesn’t even reach so-bad-it’s-good status.

This second installment in David Gordon Green’s Halloween reboot trilogy was truly a mess. Its 2018 predecessor was fun and plenty bloody, but it also had a good narrative. Kills, however, does not. Laurie (a criminally underused Jamie Lee Curtis) doesn’t get to do anything except hobble around the hospital, and the story surrounding the three generations of Strode women gets lost among the several uninteresting subplots. Instead, the movie focuses on the mob of Haddonfield residents — armed with baseball bats and a literal pitchfork — going on a futile manhunt. Seeing Michael Myers doing what he does best is expected and desired. But killing his way through the whole town involves zero suspense or any level of tension. If you go into it strictly looking for gore and slightly creative kills, then sure, it’s fine.

Such an apt name for a movie that completely undoes itself in the last 20 minutes. Going through this movie was frustrating, but it appeared to just be the story of a woman reckoning with her past. Ultimately that is the narrative; however, an unnecessary twist near the end doesn’t leave you satisfied, it leaves you confounded with so many more questions. The first one: Why did she put herself through this? Solid performances were given by Sandra Bullock and Viola Davis, but their acting chops weren’t enough to undo the damage this film inflicts upon itself.

This was a film I gave a well-deserved four stars. It was a feature that was beautifully shot and presented dynamite performances from Jodie Comer, Adam Driver, and Ben Affleck. So why is it on the “Worst” list? That scene. A scene that didn’t need to be shown even once much less twice at length. It didn’t serve the story and turned what could have been an epic tale into something exploitative. Especially adding to the fact that the victim’s section was the shortest and came last. Overall, a stunning watch, but I also felt that a little advantage was taken.

It’s hard to really review a film like Louise Linton’s Me You Madness starring Linton and Ed Westwick. It skirts the fine line between vanity project and camp masterpiece, but the effort to define the film is mired by its participants. At the time of the film’s release, Linton was a newly sullied socialite whose lack of tact landed her in hot water. Westwick was embroiled in sexual assault allegations, and the movie seemed to be less of a mea culpa and more of an anti-redemption film. While you can find things to enjoy this movie on its own, once you know of Linton’s background, there’s no unknowing it. Suddenly moments in the movie take on different meanings, and all the fun the plot could have had is lost.

For both new and seasoned fans of The Matrix, this film is a true dumpster fire with plot, acting, and action failing on all levels. Not even lead actor Keanu Reeves could save this film from its own dire fate. For those that aren’t confused the entire time, the core issues lie with the disappointing action sequences, which are missing the overall iconic animation that the franchise is known for. It isn’t just watered down, it’s scattered, but not in a mindblowing Matrix-y way most would hope for. The movie seems to have no rhyme or reason, yet it’s extremely long. Ultimately, it’s one to skip.

It would seem that Ron isn’t the only thing that went wrong with this animated family film. At first sight, the animation is unattractive and the characters look gawky. The general plot for the film is interesting in theory, but the execution is flawed. While there are a few light laughs to be had, the film goes on for far too long as it drags along with a lackluster main character, an unformidable antagonist, and way too much nonsensical content. The film had the chance to make a thoughtful critique of social media’s impact on young people, but it misses the mark on that and so much more.

After years of anticipation, this Marvel film falls flat on its face. Scarlett Johansson’s performance doesn’t give justice to the franchise’s longtime development of her character, and neither does the plot. The film is easily way too long for the unnecessary content it includes and is a lost opportunity to make a powerful feminist MCU movie. The building blocks provided from Black Widow’s rich comic book history were there, but the film didn’t honor it. There were some light laughs and maybe some semi-entertaining fights, but no heart. As what will likely be Johansson’s last MCU appearance, this was highly disappointing and forgettable.

Titane is a French horror film about an exotic car show dancer with a steel plate in her head who somehow has sex with a car, is impregnated by the car, and is a serial killer. Titane won the Palme d’Or grand prize at Cannes. I don’t understand why. Titane is a disturbing assault to the senses that bombards the audience with continuous scenes of graphic gratuitous violence. The script is weak, and the story makes no sense. Watching Titane on her killing rampage isn’t interesting. From the moment this character appears onscreen as a child, there is no reason to have empathy for her. One word to describe Titane: horrible.

What was Ridley Scott thinking? House of Gucci was inspired by the true story of the  Maurizio Gucci’s murder. Lady Gaga plays a caricature of an over-the-top Italian woman instead of doing the actual research to play a real person who is still alive today, Patrizia Reggiani. Adam Driver plays Maurizio Gucci as if he were a mannequin; in every scene he’s in, it’s like he’s in the way. Jared Leto is placed in tons of prosthetics and makeup and plays Paolo Gucci as a complete buffoon, Al Pacino’s performance is just plain lazy, and the film is over two hours long.  At least the costumes and set were nice to look at.

Based on a video game, the film follows Finn Wheeler (Sam Richardson) on his first day at work as a forest ranger in a small town called Beaverfield. The locals are fighting over the construction of a gas pipeline, and then bodies start turning up in the woods. The local pushy postal worker Cecily (Milana Vayntrub) partners with Finn to try to solve the mystery during a snowstorm. I don’t know why Sam Richardson had to take this role. He’s the only Black character, and they have him bug-eyed running around scared while white women order him around. Not a good look. The queer couple is stereotypical. Mishna Wolff’s script is terrible. None of the jokes are funny, and it’s obvious who the werewolf is early on. This film was so bad I wanted to punch it in the face.

Check out our Best Films of 2021 list here. And Happy New Year!