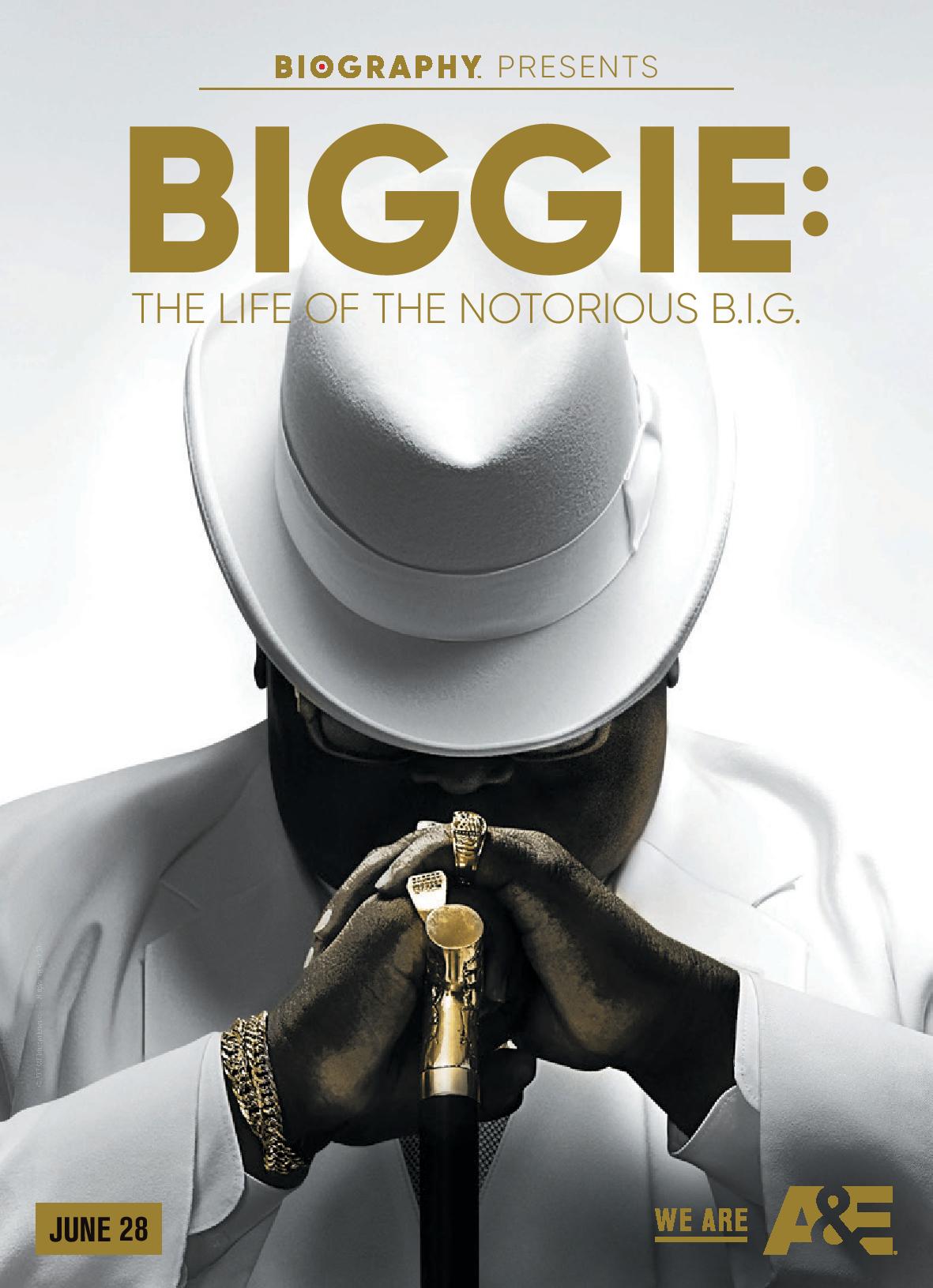 Unsolved mysteries, conspiracy theories, Hip-Hop history and the legends that once walked among us lead the reintroduction of Biography on A&E. This might be the hottest summer yet. After 20 years of unanswered questions and the unresolved grief of family and fans, the legacies of Hip-Hop’s greatest converge this fall.

It’s hard to describe how much I need this. The lives of Biggie and Tupac are as true as their words, as real as both men foreshadowing their own end. That brilliance from the bottom, these roses from concrete were wiser than their young years. Their presence then, at the top of the world and their influence now, as two of the greatest of all time, brings a flood of memories. My formative years were the transformative years of Hip-Hop, the voice of my generation. Anticipation is an understatement – to experience the examination of the life of Biggie, in his own words and the 6-part investigation of the death of Tupac is the television I want. If this is any indication of the direction of this revival of the beloved Biography series, I’m already hooked.

UPDATE: Biggie: The Life of the Notorious B.I.G., premieres September 4th and Who Killed Tupac, premieres later in the fall on A&E Network. 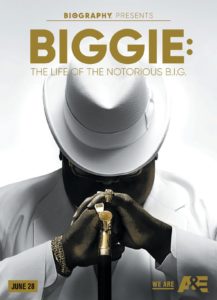 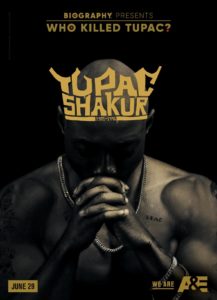 A&E Network announces Biggie: The Life of Notorious B.I.G. as the inaugural project to premiere under the recently relaunched ‘biography’ banner followed by the premiere of limited series, Who Killed Tupac?  The two-part documentary is scheduled to premiere on Monday, September 4th.

The six-part limited series Who Killed Tupac?  is scheduled to premiere later in fall 2017.

A&E Network will premiere the definitive documentary “Biggie: The Life of Notorious B.I.G.” as the inaugural project airing under the recently relaunched ‘Biography’ banner.  The three-hour, deeply personal biography will allow the late Christopher Wallace to narrate his own incredible life story by employing exclusive archival footage and audio recordings that have never been heard before as well as new interviews by those who loved him most.  In addition, A&E will also premiere the six-part limited series “Who Killed Tupac?” which will follow famed civil rights attorney Benjamin Crump as he conducts, for the first time ever, a no-stone-unturned investigation twenty years after the death of the dynamic and influential rapper and actor.

“The late Christopher Wallace and Tupac Shakur continue to impact the world two decades after their tragic, unsolved murders and there is still a public longing to connect with these figures and to celebrate their legacies,” said Elaine Frontain Bryant, Executive Vice President and Head of Programming, A&E Network. “We pride ourselves in delivering projects under the ‘Biography’ banner that unearth a side of the story that the public has never seen before.  In the case of “Biggie: The Life of Notorious B.I.G.,” the foundation of this biography is exclusive archival footage and audio recordings of Biggie himself, packaged in a way that allows him to tell his own life story as if its present day and we are truly excited to be able to bring that kind of intimacy and connection to his fans.”

Directed by Mark Ford, “Biggie: The Life of Notorious B.I.G.” is the first biography to be authorized by his estate and will be the most personal and revealing documentary about the late Christopher Wallace that anyone has ever seen.  It will provide interviews with those closest to him including his widow Faith Evans, his mother Voletta Wallace, his close friend Lil Cease and members of Junior Mafia as well as cultural icons Sean “Diddy” Combs, Shawn “Jay Z” Carter and Nas.  Twenty years after his death, this intimate documentary will also focus on Faith Evans as she embarks on an emotional journey to reconcile her own turbulent memories.  In addition, the special will explore the people and places that shaped his life including his youth hustling on the streets of Brooklyn, NY, his rise to fame with his confidante and collaborator Sean “Diddy” Combs, his relationships with Faith Evans and Lil’ Kim, his feud with Tupac Shakur, and his shocking murder on the streets of Los Angeles.

“Who Killed Tupac?” is a six-hour limited series, focusing on the investigation, twenty years after the death of the prolific and influential rapper and actor, Tupac Shakur.  Each installment of this investigative series will include aspects from the legendary artist’s life as well as follow famed civil rights attorney Benjamin Crump as he conducts a full-scale, intensive investigation into key theories behind his murder.  Crump has represented the families of Trayvon Martin, Michael Brown, Tamir Rice and other victims of gun violence who many believe were denied their due process of the law.  When Tupac’s mother, Afeni Shakur, who went to high school with Crump’s mother, saw that he was fighting for truth and justice for the family of Trayvon Martin, she expressed to him how important that was and that this fight is not just for Tupac and Trayvon, but for all our young black men who didn’t get justice.  In exploring how Tupac didn’t get his due process, Crump seeks to show how it is relevant to what is happening in the social justice movement in America today.  Through Tupac’s own words and exclusive new interviews with eyewitnesses, family, friends, and colleagues, viewers will come to understand every facet of Tupac Shakur’s complex personality.  Key interviews include Tupac’s brother Mopreme Shakur, his childhood friend E.D.I. Mean as well as other members of his group Outlawz, Al Sharpton, radio personality Big Boy, Christopher Darden, his first manager Leila Steinberg, former MTV correspondent Tabitha Soren, executives at Death Row Records, former gang members of the Bloods and the Crips, Quincy “QDIII” Jones III and Digital Underground’s Money-B.

Building on its roots as a trusted source of information, initial content on Biography.com re-launching September 4th (under the “Biography” brand), will include new and updated hip hop industry profiles, including everyone from veterans Grand Wizzard Theodore and Grandmaster Flash, to breakout star Chance the Rapper and mogul Kanye West.  The site will include “The 1000 Word Series” which will roll out online, following each “Biography” project’s linear debut, and aims to provide audiences additional enriched content that allows for full viewer immersion.  This additional series will kick off with a letter written to Tupac, accompanied by audio, from author and collaborator, Kevin Powell, as well as a video component and a heartfelt letter written to Biggie Smalls from friend, colleague, and author Steve Stoute.

A&E leads the cultural conversation through high-quality, thought-provoking original programming with a unique point of view. Whether it’s the network’s distinctive brand of award-winning disruptive reality, groundbreaking documentary, or premium scripted drama, A&E always makes entertainment an art.  The A&E website is located at aetv.com.  Follow us on Twitter at twitter.com/aetv and Facebook at facebook.com/AETV.  For more press information and photography please visit us at press.aenetworks.com.

The Story Behind ‘Biggie: I’ve Got a Story to Tell’ with Doc’s Director and Rapper’s Friend

New Tupac Biopic All Eyez On Me Coming Out This Spring