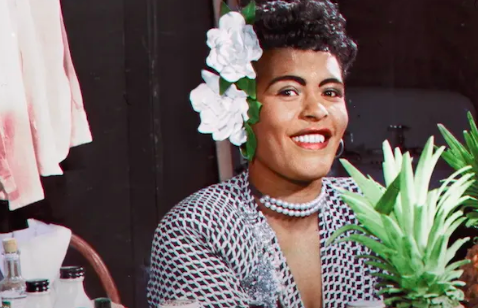 Billie (2019), directed by James Erskine, is a culmination of many different individuals’ dreams of seeing Billie Holiday’s story finally being told. In this hour and a half documentary, the director carefully pieces together the audios with such magnetic force that it leaves the audience with an overwhelming need to listen to a few of her musical creations. The movie touches on the major moments of her life and even a few minor points. The story does not attempt to shield its audience from the harsh reality of the time or of the moments of corruption and sin that occurred, but instead it brings to the foreground a well-rounded and realistic depiction of the legendary singer of jazz music.

Billie constructs a narrative that explores the discrimination and racial problems that took place in Holiday’s time. Eleanora Fagan (April 7, 1915–July 17, 1959) was known as Billie Holiday and fondly nicknamed “Lady Day.” Each and every audio recording has a different perspective on social, racial, and economic issues that Holiday experienced. Holiday wrote and performed songs that reflect and reaffirm the reality of what she was going through. In an early recording, Holiday has stated that she “writes about her life and the lives of her friends.” Her songs in the film have a provocative and devastating tone. As Charles Mingus, a musician, makes clear, Holiday was fighting discrimination that she saw in her everyday life. In his words, “She was fighting [for] equality before Martin Luther King with the songs she chose to sing. Exposing discrimination [by] putting it on stage.” Holiday’s music shined a light on so many issues that needed attention.

This feature length narrative incorporates audio recordings from the people who knew Billie Holiday best. These interview audio tapes were composed by its author Linda Lipnack Kuehl, who set out to find the true story behind the legendary singer, Billie Holiday. Kuehl has articulated, “I want to write something that is real, and I want people to see her as she is”. She had plans to write an autobiography on Holiday, but her ideas of converting the interviews into a book never came to its final stage of completion, and her audio tapes had never been heard before. This film makes a point to state that this is the first time her audio recordings has been released. Among the people interviewed are her friends and family, roommate, band members, a police officer who had apprehended her during a drug raid, and even a pimp who got her using drugs.

The documentary gives a well-rounded portrayal of Lady Day, by means of nuggets of advice that she offered other people as well as examining the more personal or intimate parts of her life. Her sex life and even the aspects that brought her the most sadness are keys to understanding this powerful lady. The film uses recordings of John Simmons (bassist and lover), who states that Holiday came down and collected him for an exciting night together. He goes on to say, “After that she would go off and get a prostitute. She was a sex machine.”

Billie Holiday was a free and liberated woman who sought out happiness and pleasure on her terms. For every high that Holiday had, there was always a low point that follows. Sylvia Syms voices out a piece of advice Holiday gave her: “If you almost laugh out loud but never quite make it, the audience will laugh. If you almost cry, the audience will cry. She cried about a lot of things, but never when she thought anyone was watching her.” This only helps to solidify the tragic life that Holiday lived.

The film itself is a wondrous collaboration of music, audio recordings, video, and sentences appearing on the screen that are carefully dictated. This mixture of different methods of delivering meaning proves to be effective in not only keeping the audiences engaged but allowing for the audience to get as close as possible to the life and works of Billie Holiday.

Take for instance the opening scenes that feel like the beginning of a murder mystery or the series Unsolved Mysteries. It fully engages and possibly allows for audiences to obsess over it. Another aspect of this film is how neatly it weaves portions of Kuehl’s process as well as her death into this production, almost as if to point at two tragedies that occurred and might be interconnected.

The beautifully tragic life of Billie Holiday illustrated in this feature is a tale of a woman who strove and persevered in order to make a different and to live the dreams she knows she deserved. There are moments that really jump out and at times there are moments that linger on in scenes for longer than they should. But overall, it is an interesting film that carefully pieces together aspects of Holiday’s life to be looked over and examined closely. For any historical film buffs out there looking for a well-crafted feature, this documentary should be on your list.

Billie will debut in theaters and virtually on December 4th.

New Trailer for One of the Greatest Voices of All Time: ‘Billie’