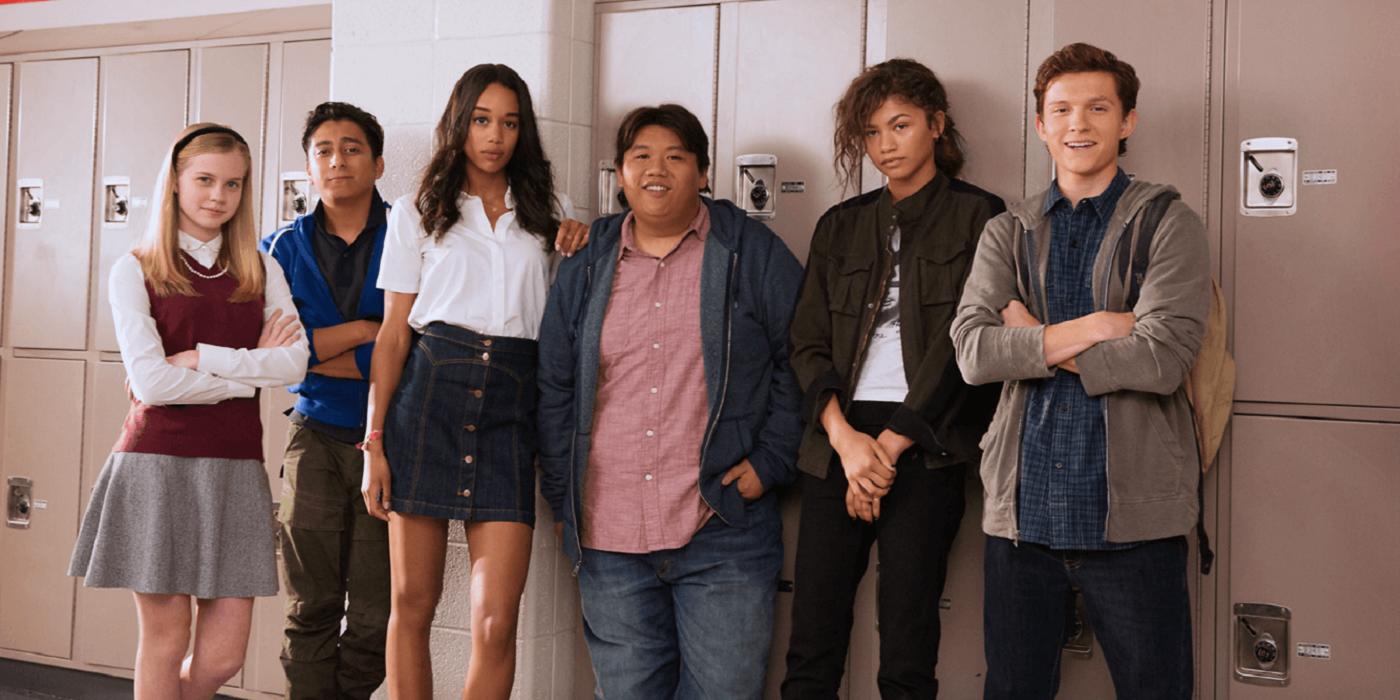 Very few movies make me cry. Well, actually I’ve cried watching episodes of Chopped. Evoking sadness is simple –inclusion isn’t. Very few movies have made me feel like I was thought of in the making of the movie; probably because more often than not, I wasn’t even a second thought.

Watching Spider-Man: Homecoming I actually felt a sense of belonging with the characters. I am the nerdy high schooler building a LEGO Death Star geeking out with my friends. But Peter Parker (Tom Holland) being a decathlete… eh.

What’s the point of having Peter be on a decathlete team if it would only get 10 seconds of screen time? Why should I care when they’ll depict a decathlon as hitting buzzers and giving answers? (Well, actually I was right about that one.) But for people who have participated, there were clear notes of the competition we know and love.

For the past 2 years, I’ve been a Co-Captain of my Academic Decathlon team. I get to compete alongside some amazing, charismatic, and geeky students. We’ve won, lost, strategized and gotten to know each other in a truly amazing way.

When Peter’s team walked into the competition, I saw the same tables, kiosks, and logos I’ve come to expect at USAD. I realized that Liz (Laura Harrier) and MJ (Zendaya) walked in with the same buzz, excitement, pride, and trepidation I’ve been lucky enough to enjoy.

Being a leader can come with being forced to walk on eggshells. Being young, a woman and black are some of the quickest and easiest ways to draw scrutiny from others. I couldn’t help but feel a kinship to Liz. At the end of the day, knowing you are justified when the shots come at you can be far more empowering than never being challenged at all. When I’m not challenged, I hear second hand about the comments of others. It’s exhausting to be under fire for something you love, but nothing is going to stop me. Just like nothing was going to stop Liz.

Liz is not defined by her copious activities. Academic decathlon, homecoming committee, and the many others I’m sure she’s in only aids in understanding her drive. The movie falls short by under using both Liz and MJ, but still manages to develop their characters. No one can fully understand me if they don’t see how quickly I volunteer myself for every club, leadership position, and activity. We couldn’t suffice with only seeing Liz walking in slow motion with a nice sweater. We needed to see her adjusting the homecoming poster and forgetting to get herself a date. We needed to see that her drive didn’t mean a competition with MJ. We needed to see MJ being comfortable being herself.

I feel like I flip a switch so I can be Liz when my sense of duty kicks in and I recoil back into my MJ life when I free myself to just be. I wish I could read my book in lunch instead of interacting with everyone. Jumping into the conversation long enough to throw in some snark. I wish I could just be honest and tell everyone that I could care less about sight seeing, I would rather just relax. No matter how many times I insist that I have no friends, when things are going downhill I’ll be the first to yell, “My friends are up there!” When I’m ready to open up, well, “My friends call me MJ.” There was no transformation, no break in her usual indifference to make her a more ‘likable’ character. She was simply allowed to BE.

Though MJ is criminally underused even more so than Liz, I believe her quizzical look and questioning at the end open up the possibility of learning more about her character in the future. It’s time for a reserved, quirky, unapologetic woman in the chair. Along side Ned Leeds (Jacob Batalon) showing the minimum amount of interest to balance Ned’s fanboying.

As a high schooler who identifies so strongly with Liz and MJ, I left the movie with them sitting with me just as much as the friendly neighborhood Spider-Man. Their minimal use left holes in what could have been incredibly rich. The criticisms that reduce them to no more than a love interest and comic relief hit me with a fresh wave of pain as an under represented person. Once again, those who have never been in their shoes only see faint footprints.

Of the few Black teen girl characters in media, I identify with these two more than any other. Simply put my review is 10/10 for MJ and Liz, for doing the absolute most with what was given to them and creating a spectacular moment for viewers like me. And 6/10 to the creators who crack open the door without ever quite opening it. We’ll get there. Until then for these heroes, I’ll help out from behind the screen. I’ll be the woman in the chair.

Daejah Woolery is a freelance writer and student from Connecticut. She writes particularly on issues of pop culture as an avid fan of all things nerdy. Her favorite form of writing is poetry, so she loves adding to her YouTube channel, but at the end of the day, she believes every type of writing is poetic in its own right; so she keeps writing with zeal. Twitter Website Email