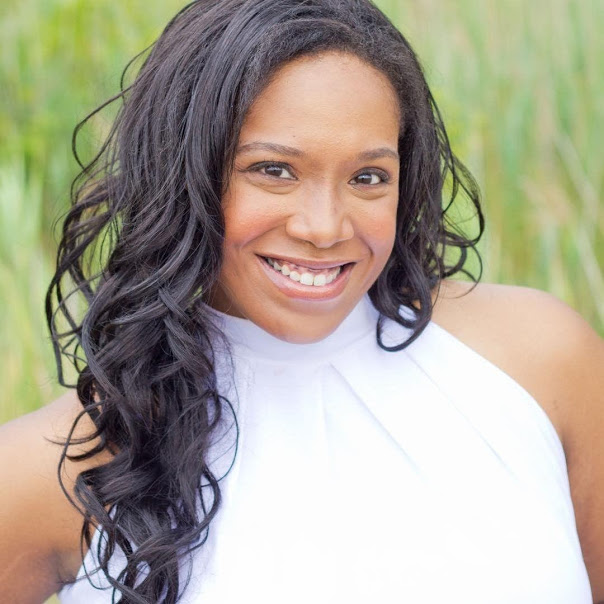 Stacey Malone just became the female face of I’m Having an Affair With My Wife!, the #blasian romantic comedy that’s sweeping the internet for racial representation in film.

The #affairmovie features a married couple who become upset with each other, seek out affairs online, and accidentally become matched up together. Without knowing it, Lashonda and Sungmin cheat on each other — with each other.

The film ranked in the top 15 percent of scripts in the Austin Film Festival and became a finalist in the Beverly Hills Screenwriting Competition. Malone plays Lashonda, the no-nonsense CEO who’s longing for a relationship with real romance and respect.

Malone began acting as a little girl when she and her father would film fun shorts in front of an old VHS camera.

“I used to direct my Barbies,” she jokes. “They were great actors. Always on time, always gave me just what I wanted, always did what they were told…”

In high school, Malone became a talented stage performer and later went on to participate in performances on the nation’s oldest Black stage. As an adult, after professional training, Malone prepared to move to Los Angeles to pursue acting long-term.

Then she became pregnant with her son. And then the relationship with the baby’s father ended.

Unwilling to give up on her dream, but unable to bring her newborn somewhere without a support network, Malone decided to bring the film community to her. She started her own production company, wrote scripts, modeled, and created series on her own — and that brought her face to face with Samantha Mauney Aiken. 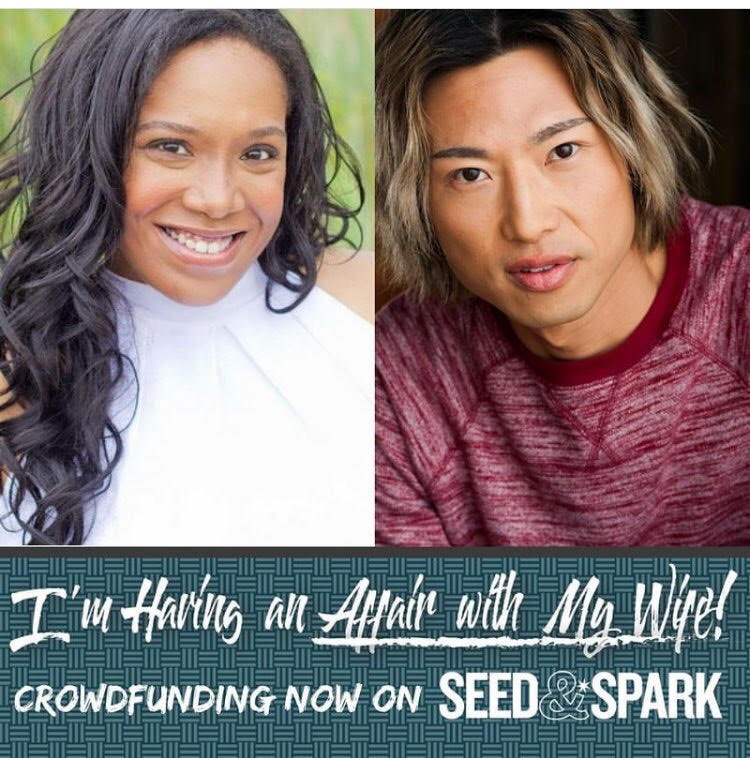 Aiken, the producer of I’m Having an Affair With My Wife!, noticed Malone on the set of a romantic web-series and intrigued by her relatable style, invited her to read for the part of Lashonda.

The casting team filtered through almost 200 other applications for Lashonda: “It just shows Hollywood’s lying when they say they can’t find solid Black or Asian talent for leads,” says Jen Finelli, the film’s writer.

“Next we’re looking to disprove the lie that diverse films can’t survive financially.”

Stacey Malone shares her adventures in film, motherhood, cooking, and business on Instagram as @mzmalone81.

I’m Having an Affair With My Wife! began its crowdfunding on SeedandSpark.com on April 1st.

Samantha’s approach to filmmaking is to get on every set she can, in whatever role necessary, from extra to producer.

Samantha’s the kind of creative who watches. Whether she’s seeing the world through a camera lens as she documents people’s special moments — her clients’ or her friends’ — or analyzing the way language affects Facebook politics from a sociolinguistic point of view, she’s paying attention to the human experience.

And that’s what she wants to share in film — the details, the places, the thoughts, and the people that make up the reality we’re not always paying attention to.

Samantha reads Russian, Latin, and Gikuyu, and may or may not read her husband’s mind.
You can find her academic works, photography, and a few of her film credits on her website, at samanthamauney.com.

William began his acting career with very little knowledge of the industry and little support from those closest to him, many of whom disapproved of film as an occupational choice. Not one to be swayed, William dove head-first into perfecting his craft, beginning with the Meisner technique. He surrounded himself with classes ranging from scene study and camera technique to improv, and began to win scenes in commercials and short films throughout the Los Angeles area. His dream? To star in a romantic comedy.

Concerned that the pressure of financial instability would threaten the purity of his craft, William became a licensed pharmacist to support himself so that he could pursue his dream without fear. Hungry for that feature, William submitted early for I’m Having an Affair With My Wife! and became one of the first applicants to turn in his audition. The rest is history.

Like his character Sung-min, William enjoys a wide variety of activities from juggling to Tango to improv, but lately, he spends most of his spare time hiking with his dog Brixton. As his craft develops, he hopes to write and star in his own film. He’s on Instagram as @thewilljeon; fans can contact him through his Facebook Page at William-Jeon-1738618189801366.

When Stacey was little, her father would get out the old VHS recorder and they would make movies together. Since then, she says, she’s loved “playing pretend in front of a camera,” but she didn’t realize as a little girl that you could do that as a grown-up. She’s always wanted to be many things and step into the shoes of many people, so she decided to move to Los Angeles to pursue acting. Life threw her a curve in the form of her wonderful son, and instead of giving up her dream, she began to create her own acting opportunities through 12-21 Entertainment.

Today, in her spare time Stacey enjoys cooking and collaborating with friends—whatever she’s doing, it’s always something creative. You can find her on youtube as 1221Entertainment, on Facebook as 1221entertainmentgroup, or on her popular Instagram as mzmalone81. To find her latest interview please visit mysweetaffair.com and search “Stacey.”

Keep up with the film, I’m Having an Affair With My Wife! across its various social media hubs:

10 Things You May Not Know About ‘Love Jacked’