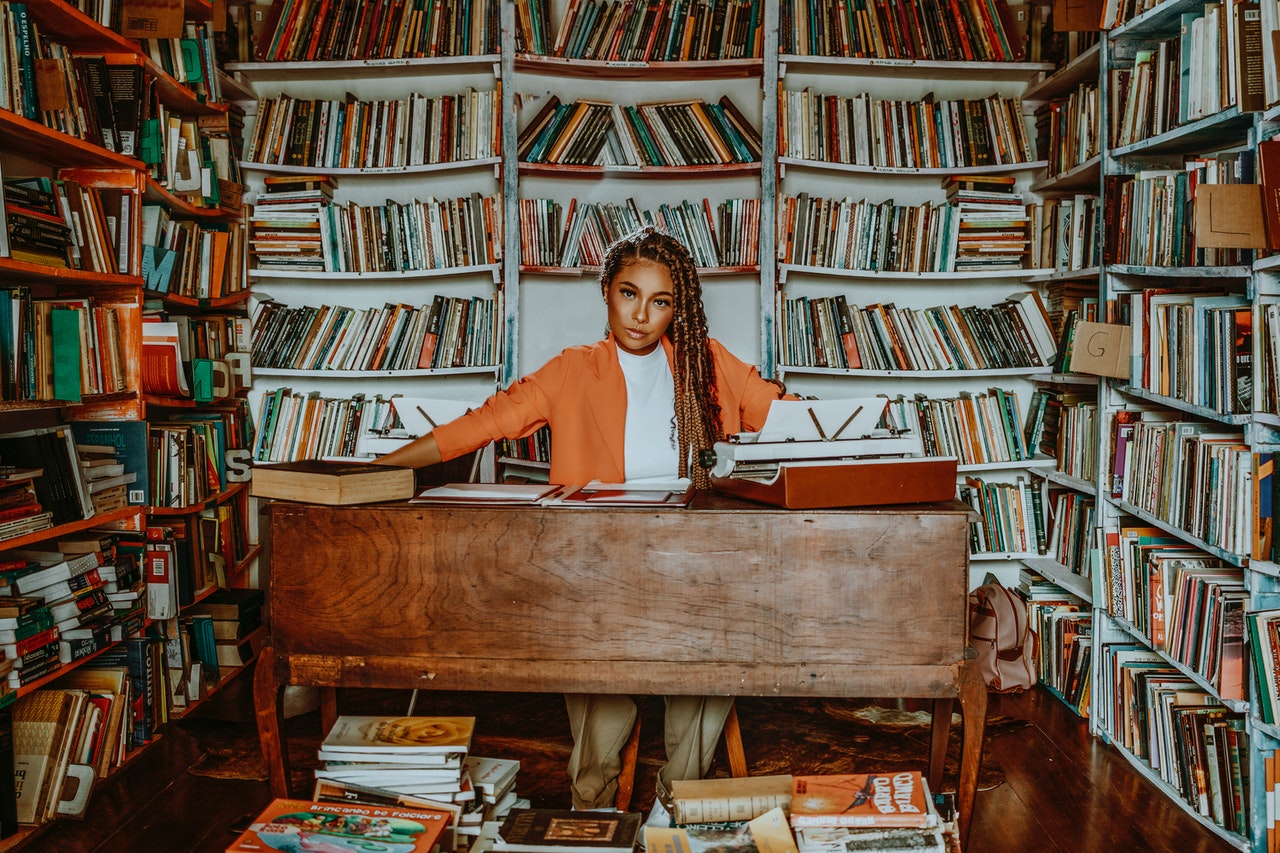 During the protests for racial justice in 2020, masses of people filled the streets and bookstores. Titles about white privilege and anti-racism were in such high demand, some were on back order for months. Sales at Black-owned bookstores surged, and Black authors were on the New York Times bestseller list more than ever before — some for the first time. Now, more than two years after George Floyd’s death, are people still as engaged? What is the state of Black bookstores?

America’s racial awakening in the aftermath of the police killing of George Floyd resulted in a major shift for the book publishing industry, with titles by Black authors and those dealing with race issues seeing an increase in sales.

Before George Floyd was killed, Philadelphia’s Harriett’s Bookshop owner Jeannine Cook said she probably kept seven copies of Ijeoma Oluo’s So You Want to Talk about Race in her store. But as anger surrounding Floyd’s death grew, Americans turned to books to try to comprehend what was happening. Police violence against Black people was nothing new, but the surge in sales of these books for shop owners was unprecedented.

Approximately a month after Floyd’s death, Black authors on social media encouraged the public to support and buy books by Black authors and to support Black-owned bookstores. The campaign was created after young-adult author L.L. McKinney started the #PublishingPaidMe. The conversation underlined the disparities between white authors and Black authors in the publishing industry. Shortly after, Amistad Press posted across their social media the #BlackoutBestsellerList campaign. The campaign was a call of action to the public to support Black authors and their books. It was reported by the New York Times that book sales were up eight percent by the end of 2020. It’s also noted that some of the sales were a result of the George Floyd protests and the increase in purchases of anti-racism books.

It was actually exciting to see so many books authored by Black writers on the bestseller list. It spoke to the informative array of literature we have to offer. To know those titles were being read so widely gave me hope that there will be lasting change, as our words are speaking to the consciousness of America. It also showed that Black literature is and always has been a resource for initiating progress, and raising consciousness. It showed how important our voice and vantage point are in directing America toward change.

In the same breath, I wondered how long it would last.

Never in my life have I had so many people from non-Black backgrounds asking me about my books and asking me for reading lists, what to read, and who to read. I kept thinking that Black authors have been writing about all of this for years. We’ve been saying these things for years. People were now paying attention.

Growing up, Black bookstores were safe spaces for the Black community. They were always the place that provided access to books through events and programs. In their commitment to provide storytelling resources, they were also a catalyst for social change.

In Los Angeles, the Black-owned and woman-owned bookstore Reparations Club sold more books after the racial reckoning than in their first year of business. Owner Jazzi McGilbert says, “Since the protest started, we are seeing pretty overwhelming support from what, based on the reading list, appear to be well-intentioned white folks who are trying to educate themselves about race in America and anti-racism.”

In other cities, Black bookstore owners are still seeing new customers engaging in anti-racist reading. Derrick Young, one of the co-owners of Mahogany Books in Washington, D.C., where there is a large Black population, says he noticed more white customers coming into his store.

“We’re definitely seeing more people who seem like they’re really willing to do the work; we see people who aren’t just picking up notable bestsellers like White Fragility,” he says.

Young is able to gauge those willing to “do the work” based on the books they’re inquiring about. He believes it’s indicative of where that person is on their journey.

Truth is, while intentions may be good, it’s going to take more than a well-curated reading list. White people can’t use bookstores like a doctor’s office — showing up and just asking for medicine. The doctor has to assess what’s going on and determine your illness. Bookstores can’t just hand out a list and call it a day. That’s not what they want to do.

I think that’s part of the problem. Sometimes, reading and educating yourself is a form of activism on its own. This is what Black bookstores are equipped to offer. When you are self-liberated, you can figure out how to find information on your own. If you look to others for your liberation, it’s never going to happen that way.

Everyone can benefit from incorporating literature into their bookshelves that educates them while giving a new set of eyes to look at our society with. The goal is to read those books and put them into practice. It’s also a tool to educate yourself without tasking Black authors to assist in unlearning racism. This is not the job of Black authors. Anti-racism books should be more than a performative task. Black bookstores also share stories that don’t involve trauma.