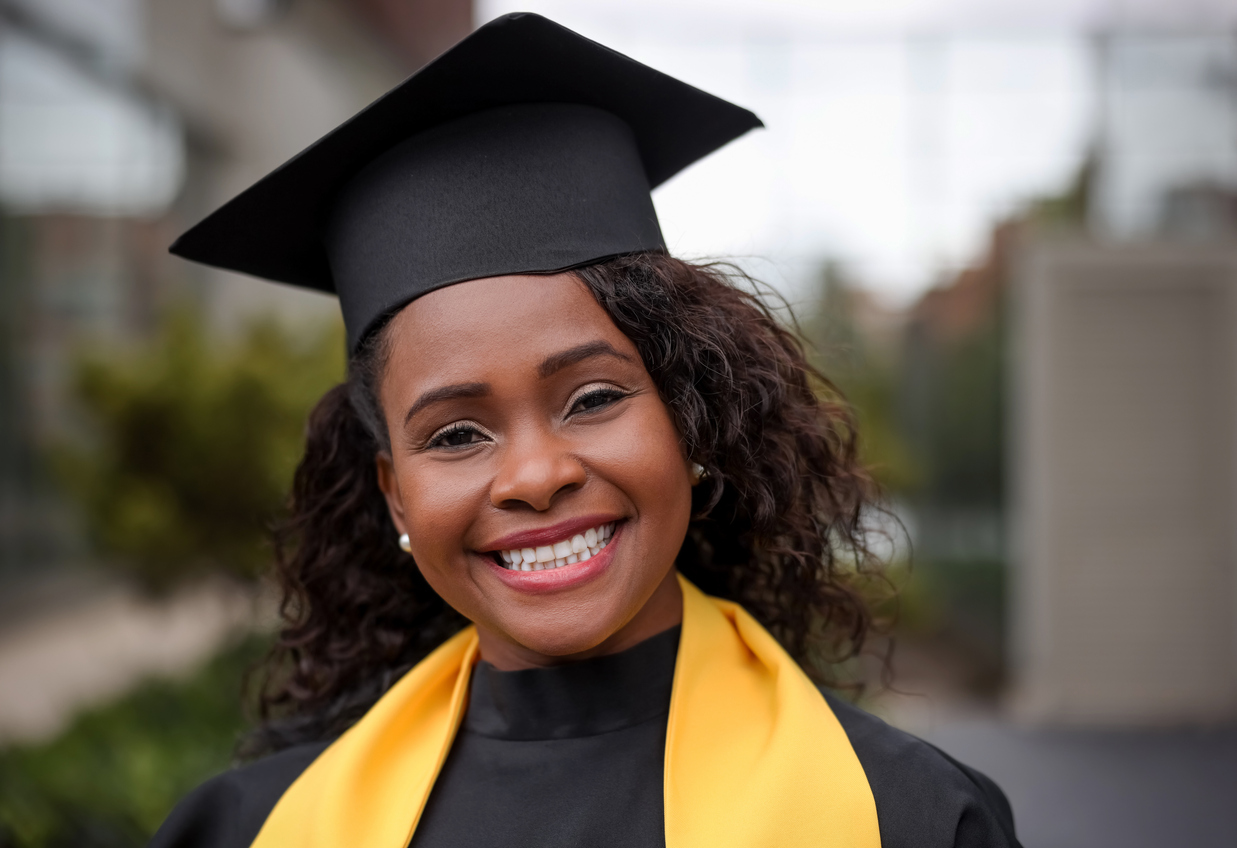 In a 2009 national address to students, former President Barack Obama said that “No matter what you want to do with your life, I guarantee that you’ll need an education to do it.” His words are reminiscent of what is typically told to Black students: The way to get out of poverty and achieve a decent status in life is to get a college degree.

Upon graduating high school, it was non-negotiable that I would go to college. There just wasn’t another option that I could have presented to my parents that would make better sense. Their concern was that I needed a “good job” I could retire from and have benefits. My parents did well financially, but there wasn’t any discretionary income to save for my college education. So, like most Black families, we financed my college education with student loans.

Here are the facts:

Student debt disproportionately affects Black students – but why? There is a connection between student debt and the racial wealth gap. As an educator, I see Black students who desire high-paying jobs and financial freedom, but this puts them in a bind. Their need for affordable access to higher education leads them to attend colleges with fewer resources, or that will take advantage of them.

For example, encouraging students to borrow more money than needed to receive a refund check at the end of the semester. Meanwhile, those same students are placed in challenging programs without proper academic counseling and support. The end result is that those students will fail out of school and have loan debt.

The truth is, I don’t believe that student loans are the only problem. It’s the way they are paid back. Repayment of student loans is driven by income, so this contributes to the burden of economic success for Black borrowers. Black graduates have to navigate the labor market and face discrimination that then requires them to return back to higher education. They believe a graduate degree will help them fight against some discrimination. Often, this is not the case.

Some people say that student loan debt is beneficial and can improve your credit score and demonstrate creditworthiness if payments are made on time. The reality is that regardless of their post-graduation incomes, Black households carry more student debt, which actually decreases their creditworthiness. Based on information from the Federal Reserve Bank of St. Louis, white households receive wealth transfers from their family to help pay for things like purchasing a home. Black households, on the other hand, transfer their increased, post-college income to help their family.

The ongoing argument now is whether to cancel student debt and if it would be regressive. In other words, because borrowers have college educations, they should be better off than those who didn’t go to college. Another argument I’ve heard is that higher-balance borrowers tend to have higher incomes. I don’t believe either is true or based on facts. Having student debt does not mean that one went to college, let alone graduated. Many families take on loans in order to contribute toward their children’s and grandchildren’s education.

There’s a good reason to cancel student loan debt: For many borrowers, it’s just never going to be paid back. President Joe Biden has committed to building back a more fair and inclusive American society through his American Jobs Plan and American Families Plan. In June 2021, he announced plans to build Black wealth and narrow the racial wealth gap by addressing racial discrimination in the housing market, growing federal contracting with small businesses, and supporting community civic projects in communities of color.

For his plan to be successful, Biden has to cancel student debt. This is for two reasons. First, canceling student debt will grow the economy by adding jobs, and improving the labor market for Black workers. Second, Black people will be unable to take advantage of this without student debt relief. Student debt can change a household’s decisions on where to live, what type of work to do, starting a family, purchasing a home, or starting a business.

Many of us had to learn the hard way that wealth is not a direct result of hard work and determination in college. My parents were not wrong for their beliefs. Yet, as the times change, realities change as well. I’m sure they’d see things differently now. The racial wealth disparities are not a direct result of differences in college completion rates. To ignore this in the search for solutions to the student debt crisis is to turn a blind eye to the systemic racism that created the crisis in the first place.