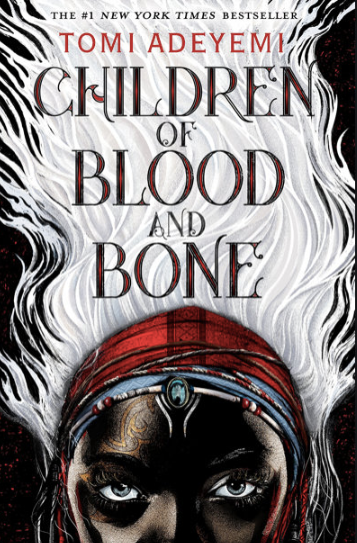 If you feel that the stories of Black female authors permeate us, as if their written words have some tangible magical power, it may be because they do!

There was a time that Black female voices were not considered a vantage point worth reading. However, those times have since changed. It’s certainly not an emerging movement, but the fluidity and versatility in which they maneuver are.

Their stories are shaping and cultivating an advanced mental infrastructure in us that is shattering the antiquated thinking and ideologies of yesteryear. Black women are uniquely and naturally juxtapositioned to convey facts, fiction, love, fears, and achievements like no one else can.

They have proven, time and time again, that “being limitless” is their inherited superpower, and they feel no loss when they have to share it. The literary works they present makes them a force to be reckoned with. Using broad strokes of timeless brilliance, their contributions range across the spectrum, occupying space in romance, comedy, drama, sci-fi, and even horror.

Colorful newcomers to the literary scene are captivating audiences everywhere, with extraordinary additions that we won’t soon forget. We have compiled a list of African American women who are cementing their places on the pedestals of timeless literature.

Let’s begin with Ampora Yazdani, the author of T.O.R.N., an especially riveting piece of work by this author. She’s definitely a newcomer to look out for.

Dr. Asante Argueta’s life has just been shattered into a thousand unrecognizable pieces. One minute she is self-assured, highly driven, an accomplished surgeon, and the next moment, she is being tranquilized and kidnapped, only to wake up in a mental health facility. As the mysteries of her tragic childhood unfold, a hidden world of miraculous abilities, secret factions, and the power of The Now are revealed.

Another young lady who is taking the world by storm with “Children of Blood and Bone” is Tomi Adeyemi. Her story is dynamic! So much so that her relatively new release is in the process of becoming a feature film.

Zélie Adebola remembers when the soil of Orïsha hummed with magic. Burners ignited flames, Tiders beckoned waves, and Zélie’s Reaper mother summoned forth souls. But everything changed the night magic disappeared. Under the orders of a ruthless king, maji were killed, leaving Zélie without a mother and her people without hope. Now Zélie has one chance to bring back magic and strike against the monarchy.

Next up, this particular novel is extremely noteworthy. It’s a subject matter that people of color are all too familiar with: The Darkest Child by Delores Phillips.

Thirteen-year-old Tangy Mae Quinn is the sixth of ten fatherless siblings. She is the darkest-skinned among them and therefore the ugliest in her mother Rozelle’s estimation, but she’s also the brightest. Rozelle — beautiful, charismatic, and light-skinned — exercises a violent hold over her children. Fearing abandonment, she pulls them from school at the age of twelve and sends them to earn their keep for the household, whether in domestic service, in the fields, or at “the farmhouse” on the edge of town, where Rozelle beds local men for money.

Women of Color have carved a place for themselves in horror as well! Zondra Hughes is the author of a script aptly named African American Psycho. Her script (in recent years) was chosen as a quarter-finalist in Shriekfest. Hughes has written several enlightening urban novels, but as of late, has set her sights on the fascination of fear.

Lastly, The Heads of the Colored People, by Nafissa Thompson Spires, is a funny and refreshing collection of vignettes about relationships and situations we experience as Black people on the whole.

There is some privilege in that. There’s a sense that sometimes you can even blend into the point that people forget that you are Black. But then I think that also has a very dark side, which is that white friends, or friends who are not of color find themselves saying things about black people and forgetting that we’re black, too, and saying things like, “You’re not like the other ones.”

Yvette Kendall is a biblical futurism/sci-fi writer and the author of The GOD Maps. She delivers her story with so many twists and turns that you’ll lose count.

Five very talented and ambitious scientists asked themselves an age-old question, “Where do our souls go after we die?” The question was posed, not in the esoteric sense, but in a geographical one. They committed themselves to find out the exact physical locations of “Heaven and Hell.” Moving forward, the fringe science team of Lab-J71’s ultimate goal is to unlock the mysteries of life, death, and God’s reality on a more tangible scale.

We count these women among the sorority of African American female authors who are opening the doors for those who are waiting in the wings.

Meet Tomi Adeyemi, the author of ‘Children of Blood and Bone’