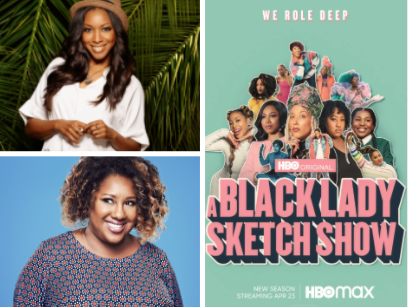 Since its debut on HBO in the summer of 2019, A Black Lady Sketch Show has been a critics’ darling. Created by actress-writer Robin Thede and executive produced by Issa Rae, the show follows in the tradition of In Living Color, Saturday Night Live (SNL), and Key and Peele but from a Black woman’s perspective.