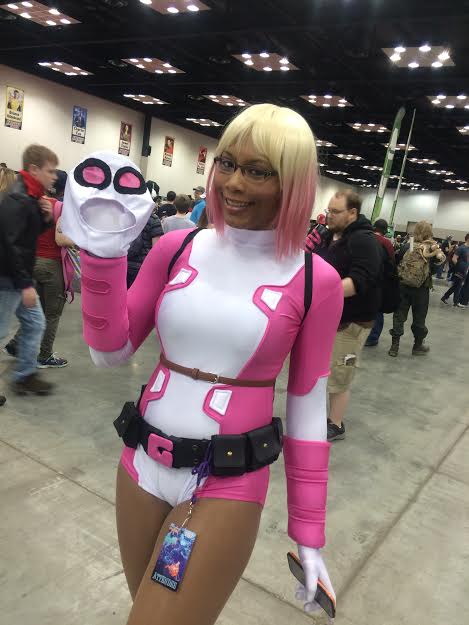 If imitation is the sincerest form of flattery, cosplayers might be the most vibrant representation of that truth. Cosplay, short for costume play, is a creative outlet for those who choose to dress up as their favorite comic book, anime, television and movie characters. In the world of cosplay, imagination rules as everyday people transform themselves into their favorite heroes and heroines. But for cosplayers of color, forms of discrimination in the larger cosplay community can make the realities of racism more visible than ever.

Last weekend, hundreds of people filled the halls of the Indiana Convention Center for Comic Con. Attendees met stars of their favorite television shows, attended panels and took part in a variety of games and activities. Biancha Silverstein dressed as a muse from the animated movie “Hercules,” said one of her favorite aspects of the convention was taking part in cosplay. 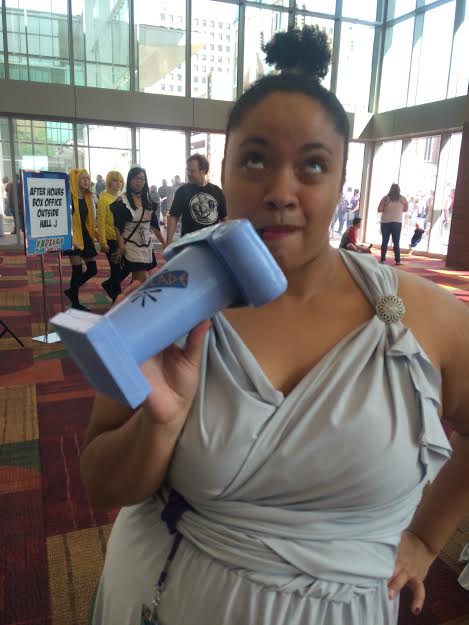 “I always wanted to do it; I have also always been really, really afraid to do it until I met other people who love to do it,” Silverstein said. “Growing up, I was a little bit bigger than usual, but when I lost weight, I gained more confidence to do it.”

Montez Harris, dressed as Solomon Grundy from the DC Comic universe, shares a similar story. Harris says he had an interest in cosplay for years before his friends encouraged him to give it a try.

“Just seeing how amazing, cute or cool everyone looked was and still is an awesome experience to be around. However, what motivated me to participate was a friend who was going to cosplay as a character from an anime series that I liked,” said Harris. “You can be any character, or any creature, or anything from your imagination that you want to be. (You can combine) characters, or just use an idea that you have off the top of your head that you thought was cool. It’s great being able to put a smile on somebody’s face, including your own.”

It’s not always all smiles for cosplayers of color. Many report facing sexism and racism within the community when cosplaying as characters of other ethnicities, but feel there are not enough compelling characters of color to choose from when deciding whom to portray. 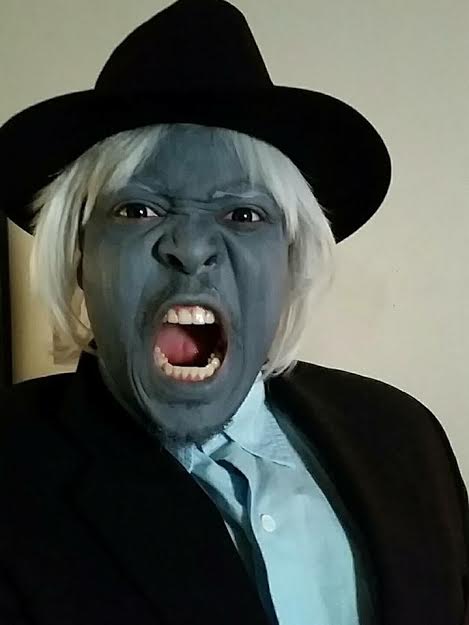 “I face discrimination in the cosplay community for my skin color. The first time was my very first cosplay. I dressed up as Chi from Chobits, and a person pointed out (that I was) a Black Chi,” said Watts. “At first it hurt me because I would never have thought people would be like that in the community. Thanks to friends and family, I kept doing what I love. People of color should be themselves and screw what others say. There is always someone around who’s a troll. Half the people are dressing up as Japanese characters, and they aren’t Japanese.”

Cosplayers of color have created communities where they can share their costumes without fear of backlash. For example, on Facebook, there is POC cosplayer group that has more than 8,000 members. More than anything else, Black cosplayers want the world to know that they can be geeks and still love their melanin. They feel the positive reactions they get outweigh the negative and say dressing up as other characters have helped them gain confidence in the skin they are in.

“My friend is doing a costume tomorrow that is tighter than she would like. We have been cheering her on, saying you got this, and just building her confidence,” Silverstein said. “I was really afraid, but surrounding yourself with people who love to do it is an excellent way to build trust. Confidence is what will sell it.

“If you are even remotely thinking about cosplay, I would say just jump in and do it. It is so much fun. It is a lot better than dressing up for Halloween.” 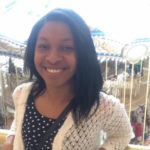 Keshia McEntire is a storyteller residing in Indianapolis, Indiana. Her nerdy interests include reading too many books and watching too much Doctor Who. You can follow her on Twitter at @Keshiamc12.

Going In-Depth: A Seat at the Table: The Importance of Black Representation in Nerd Culture

Best Black TV and Movie Nerds of All Time