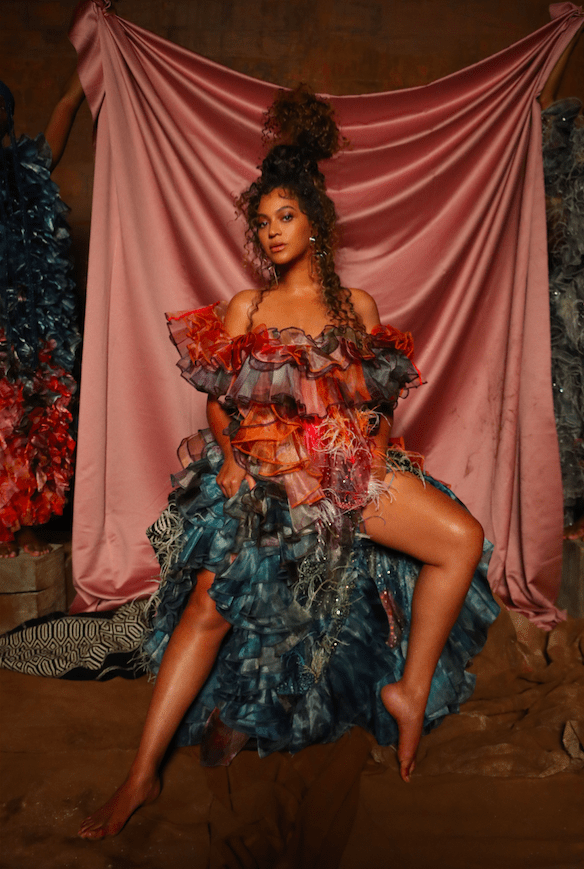 Today Disney+ released the highly anticipated Black Is King visual album. This is precisely two weeks after the one-year anniversary of the theatrical release of the popular Disney film, The Lion King.

The storytelling of this impactful visual album intercut with dialogue from the film The Lion King stems from places all along the African continent. From South Africa, Nigeria, Ghana, Ethiopia, Namibia, Kenya, Zimbabwe, and more.

Afro-Caribbean vibes fused with hip-hop was definitely a mood in many of the songs featured in Black Is King, and also songs with gospel undertones like “Spirit”.

One of my personal favorite tracks on this album is “Don’t Jealous Me”. Beyoncé once again throws high-key shade at critics and naysayers who always have something negative to say about her artwork. One of the best lines from her last visual album Lemonade, came from the song “Formation”.

As Michelle Obama once said, “when they go low, we go high.”

Beyoncé per usual makes it a family affair in Black Is King by bringing in her hubby Jay-Z, mother Tina Knowles, Blue Ivy, and the twins Rumi and Sir Carter. I can only guess that it’s both twins featured since obviously it’s difficult to tell them apart. At the end of the short film, she dedicates it to Sir Carter, who literally looks like a mini-version of Sean Carter (Jay-Z) himself.

Every piece of wardrobe worn by Beyoncé would make for some killer cosplay. And one thing can be said for sure, Beyoncé has mastered the art of taking a single cinematic shot and making it look like a portrait that you could sell in an art gallery for millions.

Beyoncé doesn’t shy away from biblical themes in this visual album either. Going back to the book of Exodus in the Bible, Beyoncé is seen placing her baby inside of a wicker basket within a wet marsh — allowing it to float away in the lake just like the mother of Moses.

In my opinion, this felt like a very spiritual album. Her song “Spirit” tops it all off on the theme of what Black Is King is all about. Black spirituality.

Something that can never be broken.

Black Is King is currently streaming on Disney+