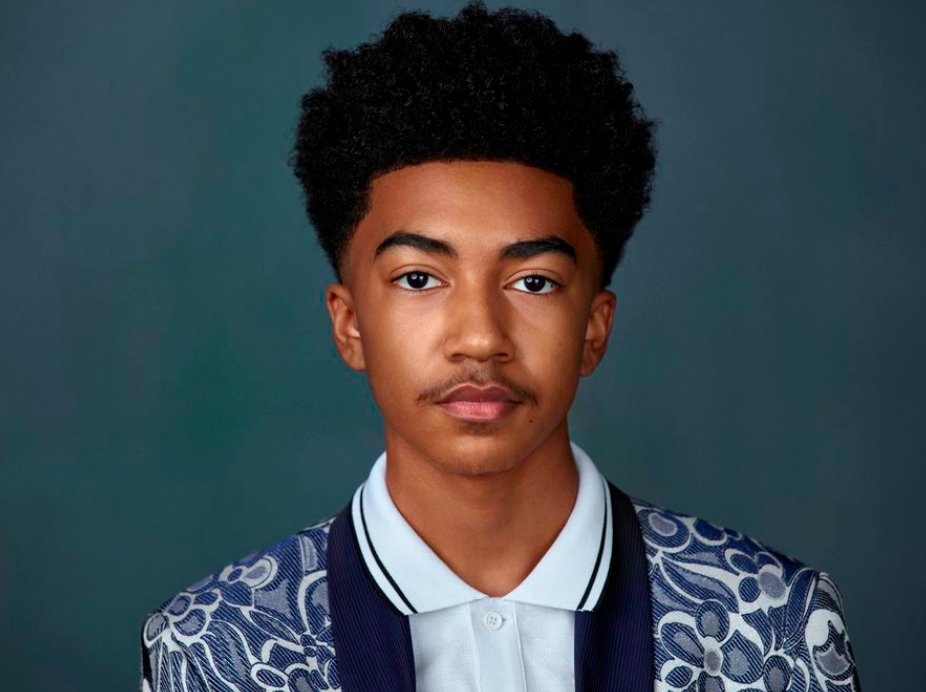 We know Miles Brown from his heartwarming portrayal of Black-ish’s second son Jack Johnson.  This talented multi-hyphenate artist has entered the music industry with the support of his family and community. “October 2020,” the title track of his first album, We the Future, was released on Spotify and has over 157,000 streams.The album is grounded in positivity, centering young people who are devoted to social justice, community care, and investing in advocating for a better world.

Brown has poured his heart into a musical work of art that reflects the powerful time we are currently living through. BGN spoke with him via Zoom about We the Future and the current season of Black-ish.

Congratulations on the new album, We the Future.  What was it like producing music during the pandemic?

A  lot of the songs were written slightly before COVID. A really tough part about that is that since COVID happened, it took away the ability to work on the album. The first drafts of my recordings sounded completely different when we finally were able to produce them because my voice has changed so much throughout this whole pandemic. So we ended up re-recording my voice throughout the whole album. If I didn’t do that, I would have uploaded a whole album that did not sound like me at all, so that’s what we did.

Music lives in us and leaves an impact. What impact would you like We the Future to leave on listeners?

It’s really in the title. I guess what I wanted to get, with this being the first project that I can really call mine, was that I wanted to speak to the next generation, really, my generation. We’re gonna be the ones who are gonna be the next Presidents of the United States, we’re gonna be the ones who are gonna be in charge of whatever goes on in the government, not only in that realm but in the entire world. It’s really a calling to the next generation to learn that we’ve got to stand up and really understand what we’re going to be taking up soon. There’s multiple focuses but that’s really, if you listen to my lyrics, the main focus of this album.

Your intention comes through really beautifully. On some of the tracks, you’ve got some impressive hip-hop legends involved who I call “living ancestors” passing the tradition of hip-hop on down the line.

I really think We the Future could be included on the soundtrack for the twenty-first century Civil Rights movement. How did creating this album connect you to your living ancestors and any ancestors who inspired you to create this music?

My family, and the people that I’ve known, have always been around so I mean, I can say anything I’ve done really is inspired from them. Number one. I’ve always appreciated my family’s input and direction. I say this in one of the songs. I want to say the things that people in my generation wish that they had a voice they could say but can’t.  I feel I can speak up for my generation and give voice to what they are going through and what they want to talk about in the world that isn’t really being spoken about.  I think that really came from Black-ish. Those ideas and that passion of me wanting to speak up about certain topics. Black-ish and my dad.

Black-ish this season: What are you excited about?

Every time there’s a new season there’s always something surprising that happens with the Johnsons. You kinda get the memo when it comes to a new Black-ish season, you can’t really know what to expect, it just turns up every year.

Tell me what is bringing you the most joy right now.

Being able to see my family every day. Obviously, I live with them, but my extended family are here having fun with me. And, being able to see my friends more. Because of what’s going on, I have seen my friends like three times this week. It’s like before June all the way to December, I don’t think I saw my friends even once. Being able to reconnect with everybody is really great. Things are starting to get a little better, so we can’t mess it up.  We gotta keep going in that direction.

“Jack’s First Stand”: When Jack decides to go vegan, Dre is unsupportive because he is worried about messing up their bonding nights where they both would eat BBQ and watch MMA fights together. Meanwhile, Diane wants to buy a limited edition Beyoncé doll with her allowance, which concerns Bow that Diane is not saving money.  Black-ish airs Tuesdays at 9:00 PM EST on ABC. Episodes can also be viewed the next day on demand and on Hulu.

Miles Brown’s album We the Future is available on Apple music and on Spotify.