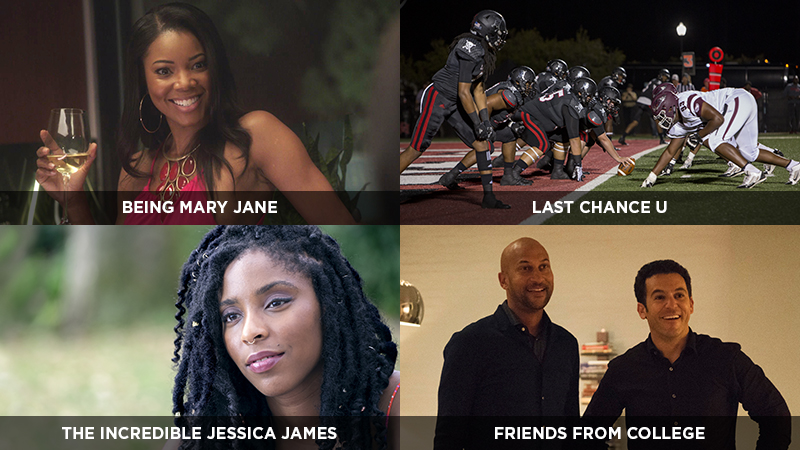 This summer, Netflix is bringing us some awesome, strong, black female characters, the comedy stylings of Ice Cube, and the teaser trailer to Spike Lee’s She’s Gotta Have It ten-episode series.

Check out the trailer and see what other content with black or diverse voices are coming to Netflix this July.

Are We There Yet? & Are We Done Yet? – Ice Cube’s family comedy success may have been unprecedented back in the early 90s, but it’s totally part of his brand now.

Code Name: The Cleaner stars Cedric the Entertainer in a 2007 comedy about a man who wakes up with no memory of who he is — but he may have been a spy. It also stars Lucy Liu and features Niecy Nash, DeRay Davis, and more.

Lion – This powerful and heartwarming film — based on a true story — stars Dev Patel (who doesn’t love Dev Patel?) and tells the story of what people go through to find their family. Also, Sunny Pawar is the cutest.

Friends from College — If you were wondering what Jordan Peele’s partner in comedy was up to, this was one of the many projects. Keegan-Michael Key stars in Netflix’s new original comedy, Friends from College, about a group of college friends (who’da guessed?) twenty years after the good old days. If you’re nearing 40, you might relate to this series more than you’d like.

The Incredible Jessica James — We’ve been waiting for this one. We would have loved Jessica Williams to take over the Daily Show, but her acting career is about to blow up for sure. Jessica James (don’t confuse it with our favorite snarky superhero) is an aspiring playwright looking for love. Artsy black folk, Brooklyn, the adorable charm of Chris Dowd, and Get Out and Atlanta breakout star Lakeith Stanfield make this romcom a delight to see.

TBD Being Mary Jane. If you’ve been looking for a way to binge BMJ, now is your chance to watch all four seasons. Hopefully, Netflix hits us up with the release date so we can watch Gabrielle Union to continue to never age.