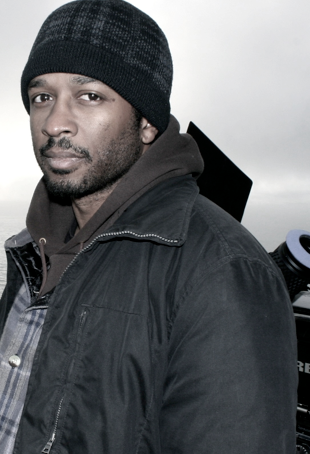 A feature film needs many different people filling many different roles to come to life but it all often starts with the script. Though Director Ryan Coogler is credited as screenwriter, he shares the title with wordsmith Joe Robert Cole.

Like Coogler, Cole has made a huge impact on the screenwriting community. Growing up, he was an only child who moved around a lot. Cole loved narrative, he wasn’t a fanboy in his youth. In his interview with LRM he described his relationship with comics:

I am not a big comic book reader. I wasn’t a big comic book reader growing up. I read some of the Christopher Priest run once I was an adult, and I found the Panther character fascinating. I love heroes and anti-heroes, so I have a natural inclination towards comic book movies, and that was more of my introduction to the Marvel universe, was through their films. I knew once Captain America: Civil War introduced T’Challa in it, that they would likely be doing a standalone, so I was very excited about it.

The University of California-Berkeley alumnus, Cole’s first project post-graduation was writing for the 2006’s “ATL” starring rapper TI. Five years later, he wrote the indie film “Amber Lake” about three half-sisters who offer different accounts of the events leading to the discovery of their father’s body. Then in 2016, Cole co-produced the critically acclaimed “The People VS OJ Simpson,” writing two of the series’ episodes. Cole may not have grown up reading comics but once he entered Marvel’s two-year writing program he had to read entire character arcs. He talked with Mother Jones about how his attendance put him on the radar of Marvel Studios President Kevin Feige.

It (Marvel’s writing program) familiarized Marvel with my work and with me as a person. Being able to interact with [studio president] Kevin Feige and have him know who I am and know me as a person, and be able to then sit down and have a conversation about story with someone who’s familiar and comfortable is invaluable.

But just because Kevin Feige was familiar with Cole’s work the screenwriter wasn’t guaranteed to get the position. In the same interview, he talked about his experience.

Having gone through the [Marvel] writer program, I knew Black Panther was in the pipeline and I knew they were big fans of my writing. But I had to compete with the other writers who were put up for it—no one hands out jobs.

Cole pulled from multiple African countries to get the Black Panther storyline just right. In his interview with Slash Film, he discusses his research and inspiration:

Africa is such a huge nation,” Cole said. “There are so many countries, each of them with different histories, mythologies, and cultures but what we tried to do was hone in on some of the history, some of the cultural influences and then extrapolate out in our technology, extrapolate out in how we see Wakanda and the different parts of the country and the culture of the country as well. So we wanted to root it in reality first and then build out from there, so we’d feel pretty authentic and grounded.

He read every Black Panther comic, each and every issue in order to understand the setting and characters. Naturally, there were characteristics that he and Coogler decided to revise for the big screen. In the interview with Comic Book, he said:

Yeah, there was a lot of conversations about M’Baku, about the Dora and the rules that surround their existence and kept from making those things progressive and contemporary. I’ll speak first about M’Baku: we really felt like his character had something really to offer to the tapestry of the movie. The Jabari tribe that he is the ruler of has a very interesting and unique point of view that we felt was important for the story, and in a way it also gave us an opportunity to reclaim his character by giving him his original name, M’Baku, and also reclaim what the Dora is by empowering them and stripping away some of the non-progressive elements that exist within the founders.

Critics have been raving about the film. Washington Post’s Ann Hornaday says, “Director Ryan Coogler, working with a script he co-wrote with Joe Robert Cole, doesn’t just meet but exceeds those expectations, delivering a film that fulfills the most rote demands of superhero spectacle, yet does so with style and subtexts that feel bracingly, joyfully groundbreaking.”

Moviegoers have only been even more excited after these reviews, ecstatic to step into the realm Coogler and Cole have created. If this film was a body, the script is the backbone and these two creators have made one of steel and we all can’t wait to be immersed.

Silk Jazmyne is a reading, writing, drinking student of life who loves narrative in all its
forms. She’s an account coordinator at a boutique advertising agency by day and a
magical realist author by night. She loves the artistically strange and currently lives and
works in Florida. Follow her on twitter