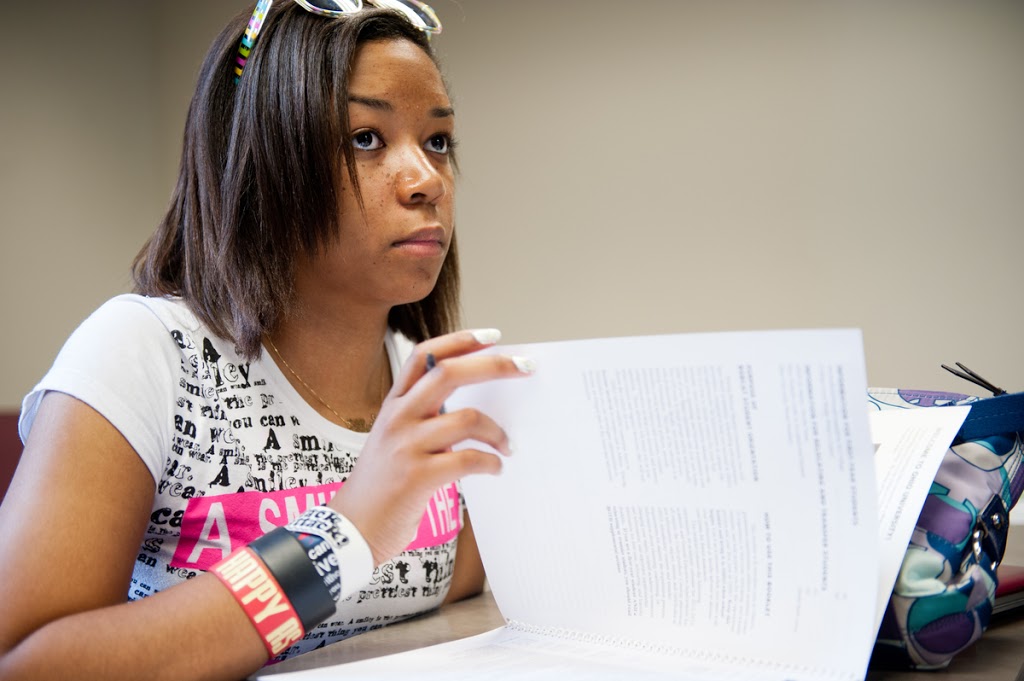 Being a Black woke millennial attending a predominately white institution (PWI) makes you realize how much harder you have to work to get noticed or be heard in comparison to your white counterparts. Now although working harder than the next person builds character, that shouldn’t be the case for a second-year college student who is trying to take advantage of the opportunity to not only better herself but the other students of color around her.

This is not JUST a black girl problem, it’s a black student at a PWI problem.

All black students who attend PWI’s can agree that they always feel themselves competing with their white peers to be heard in a group discussion. When you’re the only black person in class arguing a different perspective it’s more than difficult.

After spending two years at my institution of higher education I learned two important things: One, you’ll never receive respect unless you fight for it and two, you’ll never be noticed by being civil. Sometimes have to be loud, unapologetically loud, so that your point is heard and action is taken.

Attending a school in the third whitest state in America as of today doesn’t make it any easier for me, a black woman, to be heard on campus. My school lacked representation for students of color. They seek diversity, to improve their numbers but don’t know how to meet the needs of the audience they were looking for. And I decided to change that.

When my first piece was published, I felt proud while others felt offended. “What if someone creates white girl problems”, said one student. “Well, let them create one”, I said back. It annoyed my soul that I had taken the time and energy to create something that was never here for students like me, to have my white counterparts question my motive, assuming it was done to exclude them from the discussion.

However, when they excluded black students from multiple events, parties and discussions, not once did we complain. We peeped what was happening and made note of it, while professors and advisors turned their heads, pretending to be oblivious to what was happening around campus.

I didn’t let this stop my goal. I wanted to awaken and enlighten the minds of the students on campus and the best thing to do was hold an event in the heart of campus, dedicated to { you guessed right} women of color.

It wasn’t as easy as I thought It’ll be. I needed money to run the event the proper way, so I went to a meeting to propose my idea. At the time, the Student Senate was comprised of white men from New Hampshire. They saw the target audience (minority), the target gender (woman) and didn’t see the value of having this event. I was questioned on how I was going to educate those who aren’t black about the struggles of a black woman. I became so furious, I let my true unapologetic blackness rise.

“Black female students aren’t on display for our white counterparts. This event will be the first event ever dedicated to women of color. It is much needed. This will give women a chance to share their testimonies with other women who can relate. This isn’t to educate others, this is to embrace one another.”

And of course, they still didn’t understand.

They didn’t understand why would I even want to have this event or was it worth $2000? But having these obstacles made me realize this is how the real world is outside of college. There are probably thousands of brilliant Black individuals pitching amazing ideas and receiving the negative feedback from their white counterparts because they fear the unknown or fear what would come from having that type of event.

But I was too passionate and in too deep to give up. This event was needed to help black women students on campus who I saw every single day walk around without identity and self-love. They walked around not fitting in, not having a group to call their own. The whole time I was thinking about Shirley Chisholm and a quote that resonated in my soul.

That’s all I wanted to do: implement ideas that would benefit woman of color.

So I didn’t take no for an answer. On February 17th, 2017 I held my school’s very first Woman of Color: Embrace Your Beauty event. And it was my proudest moment thus far in my college experience.

Attending a PWI as a black student who wants to do so much will be challenging. You’ll deal with people who don’t understand your views. Those people will never be open minded to understanding because they don’t care to. They don’t care because it doesn’t affect them. But it is up to you to be heard, to be respected. To see whatever vision you have come alive.

Representation Matters But So Does Embracing Fandom & Nerding Out