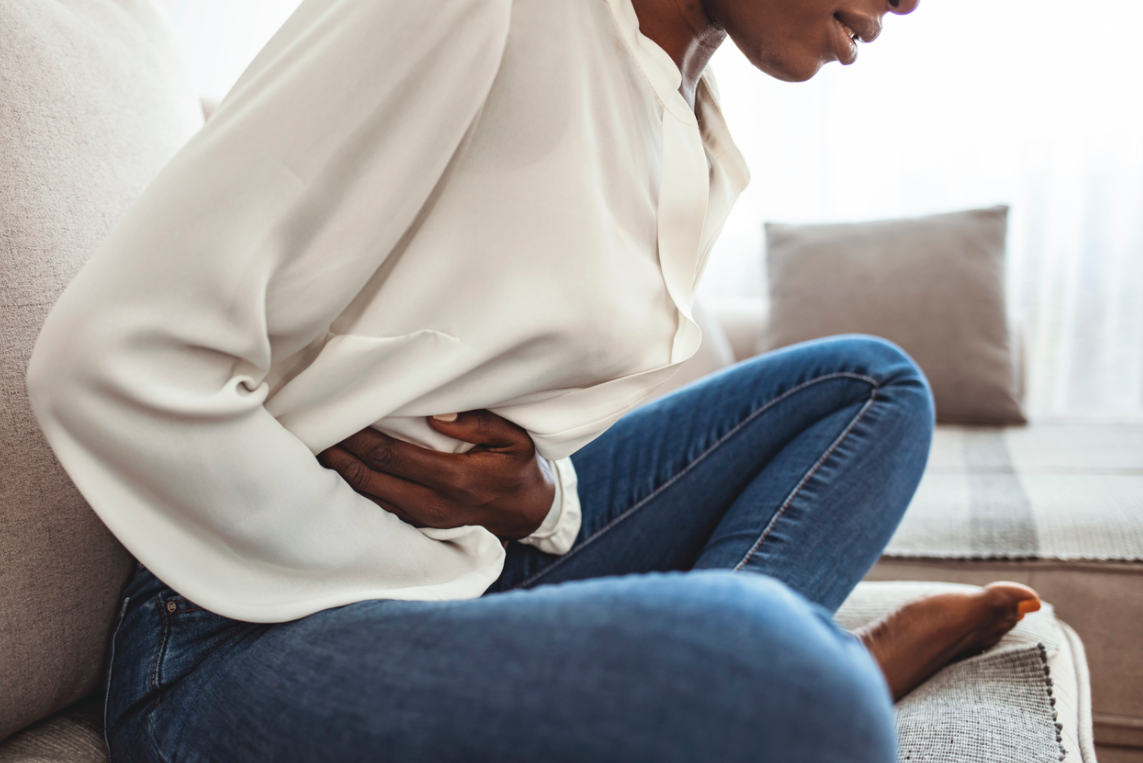 Towards the end of 2020, I noticed that I had gained a considerable amount of weight, mostly in my mid-section. At first, I blamed it on quarantine — eating more than usual and not exercising enough. But I had also noticed that my monthly periods were more painful. Several years prior to this, I had been diagnosed with adenomyosis, which causes a thickening of the uterine wall, as well as pain between periods. I felt something might be going on.

I’m never shy about going to the doctor, so I made an appointment with my OBGYN. An ultrasound showed that my adenomyosis was indeed worse and it also revealed that I had uterine fibroids. This explained a lot, including the permanent bloat in my mid-section.

The first order of business was to address the adenomyosis by having an endometrial biopsy. It’s a medical procedure that takes a tissue sample of the lining of the uterus. In my case, due to my thickened uterine lining, my doctor wanted to make sure there were no precancerous cells or abnormalities.

Now that the biopsy is over, I am scheduled for a follow-up ultrasound to check the fibroids again. At this point, I don’t know how many I have or their size. So, I can’t even think about my options yet. What I know for sure is that it has been affecting my quality of life, and not in a good way. It’s frustrating and scary.

According to Michigan Health Lab, “Nearly a quarter of Black women between 18 and 30 have fibroids compared to about 6% of white women. By age 35, that number increases to 60%. Black women are also two to three times more likely to have recurring fibroids or suffer from complications.”

Some research as to why Black women develop uterine fibroids more often than other women suggests certain risk factors might play a role:

When I read the risk factors, I thought about my vitamin D deficiency and how I’ve used hair relaxers since I was a teenager. I wondered if I had somehow contributed to my own diagnosis. I also remembered my mother having fibroids, but hers weren’t that bad. She was able to manage hers without any treatments or surgery.

The most frustrating thing is that many women will have fibroids but no symptoms. Women may not recognize that they have a problem for months or even years. If not for my other diagnosis, I’m not sure if I would know I had fibroids.

Now I want to educate myself as much as possible not only about uterine fibroids but also about periods. As girls, many of us were raised to believe that periods are supposed to be painful. Recently, I was shocked to learn otherwise.

Necole Kane, editor-in-chief of xoNecole, recently introduced a new wellness brand for women called My Happy Flo. After suffering through debilitating periods every month, Kane had blood work done that revealed high levels of estrogen. She declined the birth control pills and other synthetic hormones commonly offered by OBGYN doctors and started making nutritional and lifestyle changes, as well as adding micronutrients to her daily routine. She went from painful periods with heavy cramping and clotting to completely pain-free.

Too many Black women do not realize what a normal period should be. I certainly didn’t. We suffer with painful periods and fibroids before seeking help. This would explain why Black women have higher rates of hospitalization for fibroids compared to white women. According to Black Women’s Health Imperative, we are “two to three times more likely to undergo hysterectomy (removal of the uterus by surgery) for fibroids and seven times more likely to have a myomectomy (surgical removal of one or more fibroids).”

I’ve had time to process what’s been happening with my body, as well as become more educated on my diagnoses of adenomyosis and uterine fibroids. Here is what I’ve discovered:

It’s better to talk with your OBGYN. It’s natural these days to jump on the internet to try to self-diagnose ourselves. Although nothing is wrong with educating yourself of a specific condition, it can be overwhelming and cause more harm than good. Any questions I have, I save them for my doctor. I express my concerns and am not afraid to seek another medical opinion if needed. As Black women, we have to take agency over our own bodies and be relentless with our health.

You have to take action. There may be some things I am not able to change. However, I can change my diet, learn more about hormonal health, and continue to educate myself on what’s best for my body. As I wait for the next round of tests, I want to arm myself with as much information as I can. I have to ask questions and not be afraid to challenge my doctor if something doesn’t seem right. We have to stop accepting what’s being told to us and make sure we are proactive with our health.

You’re not the problem. I had to stop asking why this is happening to me and what I could have done to prevent it. Truth is, I am not the problem and cannot blame myself. My goal is to do everything I can to feel better and take care of myself. We all deserve that.