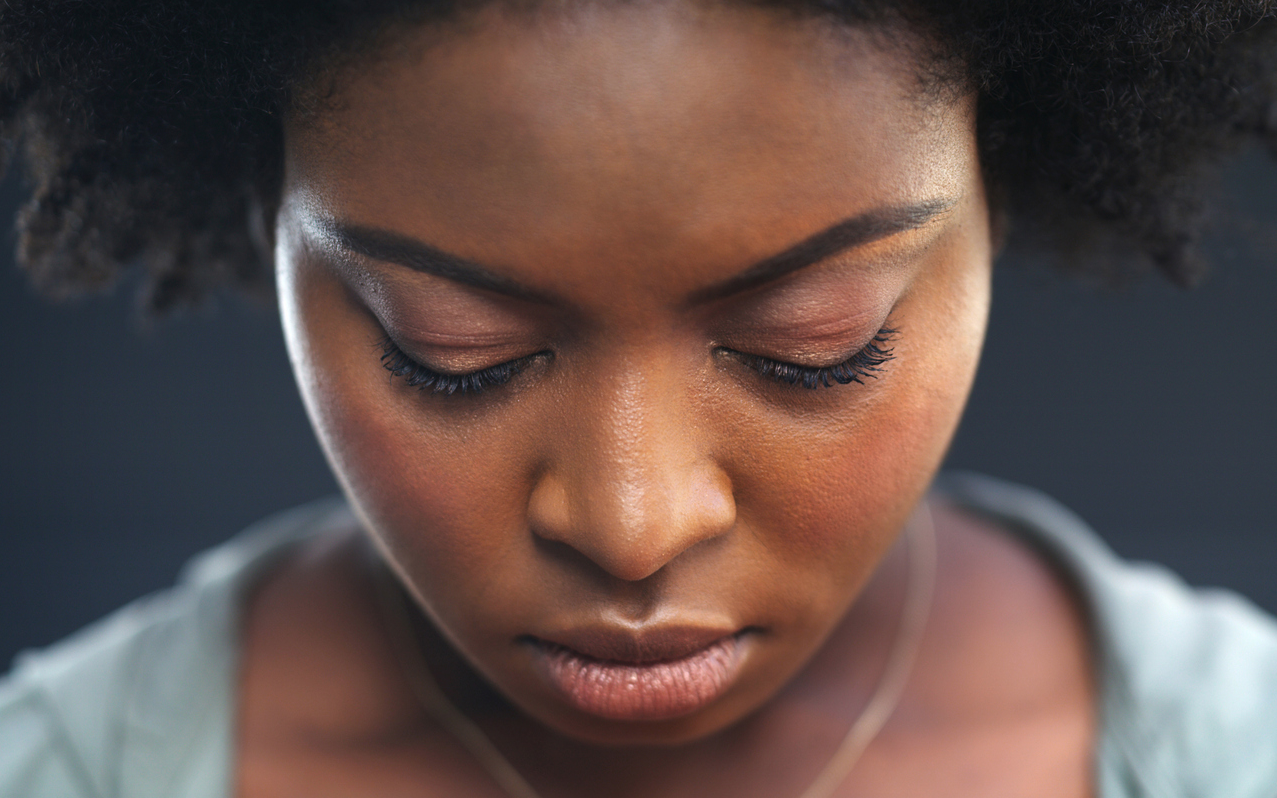 According to the National Crime Information Center, one-third of the nearly 300,000 women and girls reported missing in 2020 were Black. Some have been trafficked, others abducted by people they know or by strangers. Black women are often reduced to being invisible. There is no public outcry when we go missing.

The statistics are staggering, but you wouldn’t know it from the news media. In a 2016 study called Missing White Woman Syndrome, law professor Zach Sommers found that when Black people are missing, the news media cover that with fewer stories in comparison with other demographic groups. All this results from society’s systematic marginalization of Black women.

Often it feels as though from the moment Black women enter this world, they are devalued. It’s invisibility that we know all too well. This, coupled with policymaking and the news media, fail to represent or include Black women. When we go missing, no one seems to care.

Along with invisibility, there is hypervisibility in which the opposite happens. Black women and girls are disproportionately visible and connected to negative stereotypes (mammy, welfare queen, jezebel) that mark Black women deviant. We see this with Black girls, who are often treated as adults in the school system and punished at disproportionately high rates.

In either instance, Black women and girls are ignored or negatively treated. Understanding these two concepts helps us understand why Black women physically disappear and why they are not recognized in the news.

It’s a sad truth. White women get news coverage when they go missing. But missing Black women get media coverage only when people notice how much attention everyone is paying to the white women.

Black and Missing, a four-part HBO docuseries follows the work of Derrica and Natalie Wilson. They are founders of the Black and Missing Foundation and fight to bring awareness to the Black missing person cases to the mainstream by the national media and law enforcement. The series began production three years ago and made its debut on HBO just weeks after the climax of the two-month Gabby Petito case.

There’s a lot of statistics and information given in the series. Watching it, I walked away knowing without a doubt that hundreds of thousands of women and girls reported missing each year go unnoticed, many of them Black, Latina, or Indigenous. They are often presumed to be runaways, trafficked, or dead. What’s also clear is they are not priorities for the media or police.

The truth is, we don’t want white girls to go missing either. What we do demand is the same level of attention, concern, media coverage, and law enforcement participation for Black women and girls when they do.

This is not the first time HBO has attempted to bring the stories of missing Black people to the forefront. About a year ago, they aired another docuseries Atlanta’s Missing and Murdered: The Lost Children, which focused on the Black children in Atlanta that were abducted and later found murdered. Again, a lot of awareness.

I learned of an organization in California called Our Black Girls. The founder, Erika Marie Rivers, is a journalist. She started this organization to center the untold stories of Black women and girls who have gone missing or, in some cases, were found dead under mysterious circumstances. She spends her free time, after working her full-time job, going through missing person databases, news footage, old articles, and whatever else she can get her hands on to try and piece together these stories. She doesn’t want them to be forgotten.

There is also a podcast called Black Girl Gone where each week host Amara tells the stories of missing Black women and women of color in America.

If you’re like me, it can all be overwhelming to hear about. But our feelings are not going to make the problem better. We can start by staying informed of what’s happening in our own communities, and sharing the information we see. It could mean utilizing the power of social media to retweet a missing person’s alert or share it on Facebook. We can support those who are already doing the work like Erika and Amara, as well as social media accounts that keep people informed on the cases of missing Black women and girls.

We repeat the African proverb, “It takes a village” often when we refer to our children. It has to apply to this as well. We have to continue these collective efforts within the Black community to not only raise awareness but actually solve these cases. If no one else will, we must.