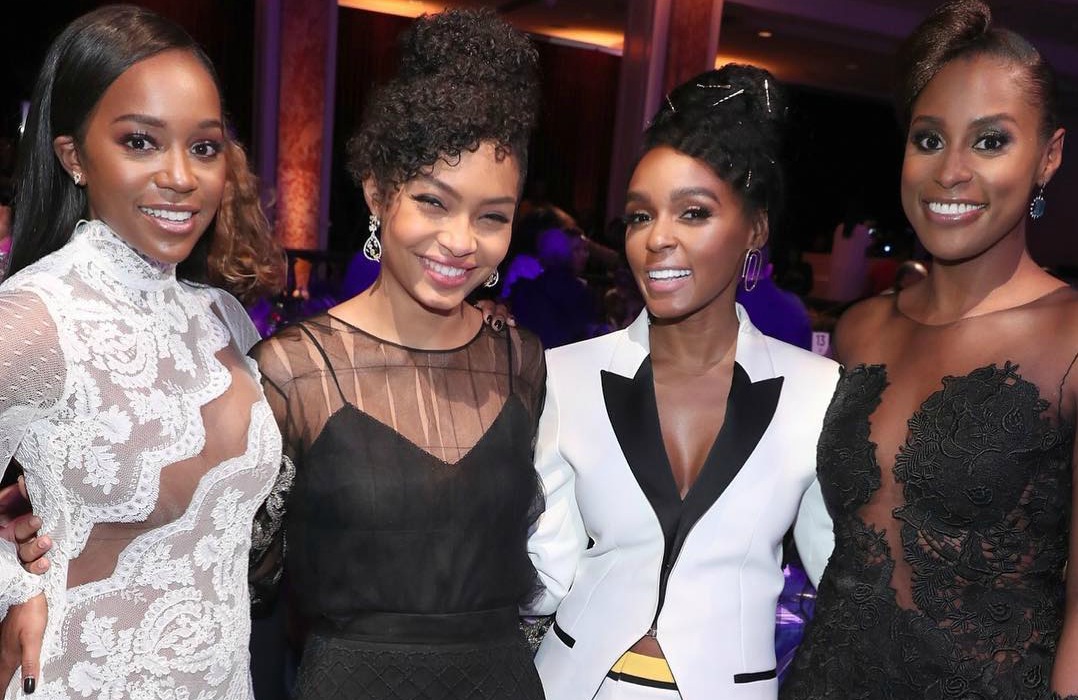 The 10th anniversary of Time Inc.’s Essence “Black Women in Hollywood Awards,” will air as a primetime television event on Sunday, March 5 at 10 p.m. ET/PT on OWN.  For the past decade, the star-studded celebration has been at the forefront of spotlighting Hollywood’s most creative and accomplished African-American female visionaries both in front of the camera and behind the scenes.

Airing for the third year on OWN, the celebration will honor Hollywood’s “Next Generation,” young women who are excelling and elevating their crafts. Triple-threat actress/musician/entertainer Janelle Monáe (Hidden Figures, Moonlight) receives the Breakthrough Award; groundbreaking actress/writer/producer Issa Rae (Insecure) receives the Vanguard Award; standout actress Aja Naomi King (How to Get Away with Murder) receives the Lincoln Shining Star Award; and dynamic actress Yara Shahidi (Black-ish) receives the Generation Next Award. Actress/producer Gabrielle Union (Being Mary Jane) will serve as the program’s host. This year’s event, held at the famed Beverly Wilshire Hotel in Beverly Hills, California, will shift from a daytime luncheon to an evening gala for the first time.

The special is produced by Time Inc. Studios for the Oprah Winfrey Network. Visit Essence.com and Oprah.com/Essence for more information and join the conversation on social using #BlackWomenInHollywood

About OWN: Oprah Winfrey Network

OWN: Oprah Winfrey Network is the first and only network named for, and inspired by, a single iconic leader. Oprah Winfrey’s heart and creative instincts inform the brand – and the magnetism of the channel.  Winfrey provides leadership in programming and attracts superstar talent to join her in primetime, building a global community of like-minded viewers and leading that community to connect on social media and beyond. OWN is a singular destination on cable.  Depth with edge.  Heart. Star power. Connection.  And endless possibilities.  OWN is a joint venture between Harpo, Inc. and Discovery Communications.  The network debuted on January 1, 2011.  The venture also includes the award-winning digital platform Oprah.com.  For more information, please visit www.oprah.com/own and www.press.discovery.com/us/own.

ESSENCE Communications Inc. (ECI) is the number one media company dedicated to African-American women, with a multi-platform presence in publishing, live events and online. The company’s flagship publication, Essence magazine, is the preeminent lifestyle magazine for African-American women, generating brand extensions such as the Essence Festival, Essence Black Women in Hollywood and Black Women in Music, Window on Our Women and Smart Beauty consumer insights series, Essence.com, and ventures in digital media (mobile, television and VOD). For 46 years, Essence, which has a brand reach of 20 million, has been the leading source of cutting-edge information and specific solutions relating to every area of African-American women’s lives. Additional information about ECI and Essence is available at www.essence.com.

PODCAST: Building Our Legacy with Shaunte Mears-Watkins and Cassandra Lewis

2019 Seems Hopeful For Leading Black Women In Film — But Will It Be Enough?