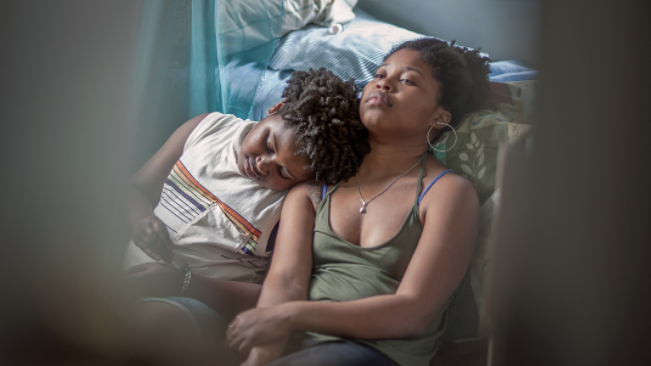 It’s that time of year where in the coldest month of the year film critics and fans everywhere head over to snowy Park City, Utah to catch some of Hollywood’s best and brightest make their debut on the movie scene.

Black women at Sundance is not an anomaly.  We’ve seen Black women filmmakers and starlets show up and show out at Sundance from Julie Dash’s Daughters of the Dust to  Dee Rees’ Mudbound.  This year a Black woman-owned media outlet is covering Sundance 2018 and bringing to you highlights from the festival.  I wanted to feature in this write-up some of the #BlackGirlMagic you will expect to see at Sundance in 2018. 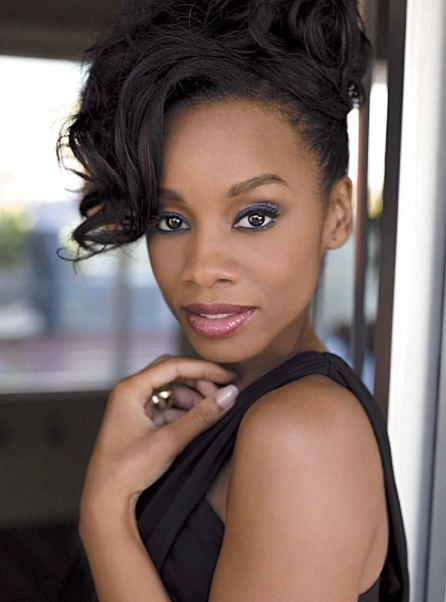 BGN Podcast guest Anika Noni Rose plays the mother of the characters played by Abra and Suki Waterhouse in the film Assassination Nation. High school senior Lily and her crew of besties live in a haze of texts, posts, selfies, and chats—just like the rest of us. So when a provocateur starts posting details from the private digital lives of everyone in their small town of Salem, the result is a Category 5 shitstorm. We’re talking browser histories, direct messages, illegal downloads, secret text chains, and way, way, way worse. People get angry. Like, “rampaging murder posse” angry. And Lily finds herself right in the middle. Anika Noni Rose’s show on BET “The Quad” was renewed for a second season and premieres Tue Jan 23rd. 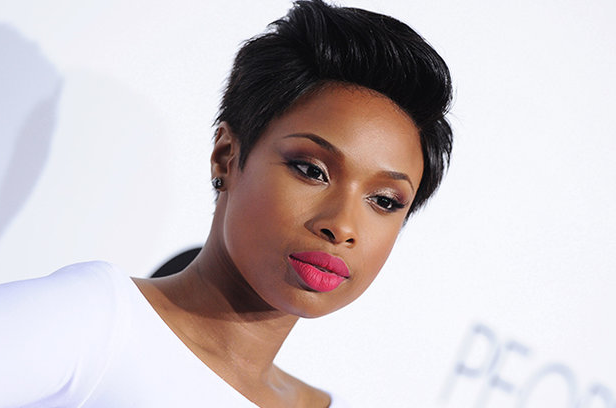 Academy Award-winning actress Jennifer Hudson will star in the award-winning young adult novel by Walter Dean Myers, Monster. A bright, sensitive 17-year-old, stands trial for acting as a lookout during the lethal armed robbery of a Brooklyn bodega. Before his arrest, he was an honors student and aspiring filmmaker taking street-level snapshots and on-the-fly footage of neighborhood life. Now, Steve is seen as just another young Black criminal, assumed guilty and labeled a monster. The film stars Jeffrey Wright, Jennifer Hudson, Jennifer Ehle, and Tim Blake Nelson.

Nicole Beharie and Chanté Adams in Monsters and Men 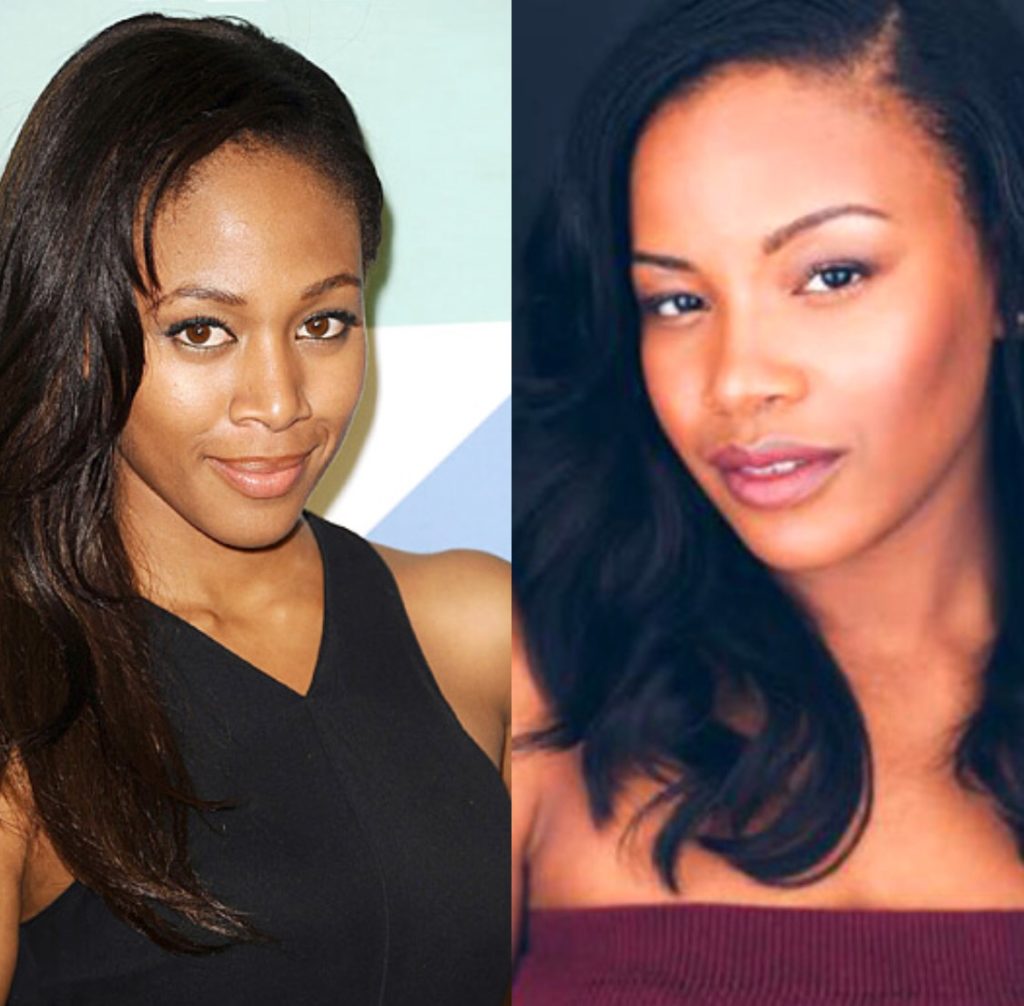 Nicole Beharie is finally back on the big screen and makes an appearance along with Roxanne, Roxanne darling Chanté Adams in the film Monsters and Men. One night, in front of a bodega in Brooklyn’s Bed–Stuy neighborhood, Manny Ortega witnesses a white police officer wrongfully gun down a neighborhood street hustler, and Manny films the incident on his phone. Now he’s faced with a dilemma: release the video and bring unwanted exposure to himself and his family, or keep the video private and be complicit in the injustice? This is also not Beharie’s first stint at Sundance. Films such as; My Last Day Without You (2011), Shame (2011), The Last Fall (2012), Apartment 4E (2012), and American Violet (2008) have all premiered at the festival.

Tessa Thompson in Sorry To Bother You 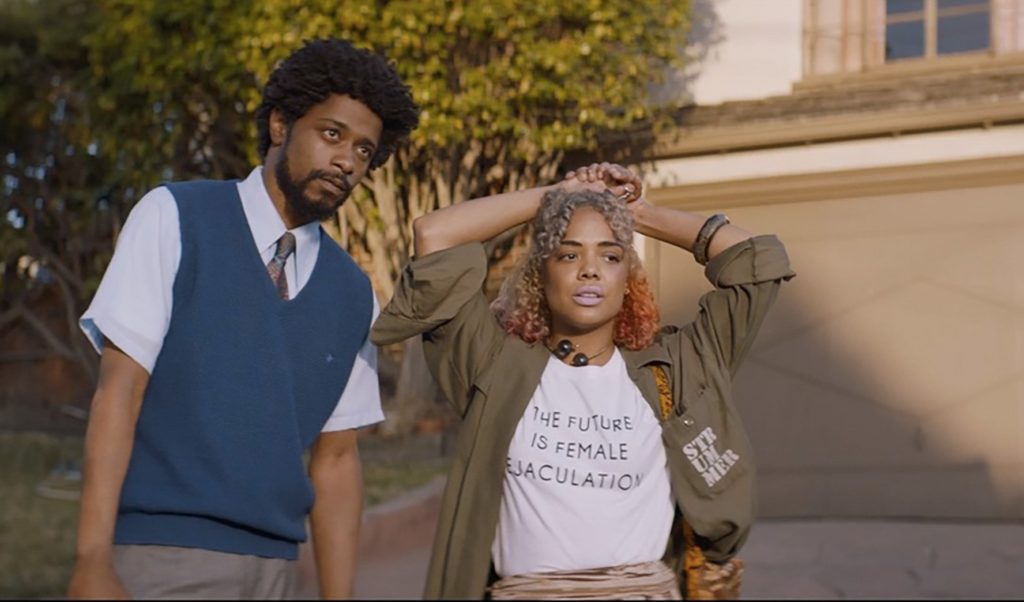 As she takes a quick break from being a superhero and gets prepared for Sundance, we’re excited to see Sorry To Bother You starring Tessa Thompson. Cassius Green (Lakeith Stanfield), a 30-something Black telemarketer with self-esteem issues, discovers a magical selling power living inside of him. Suddenly he’s rising up the ranks to the elite team of his company, which sells heinous products and services. The upswing in Cassius’s career raises serious red flags with his brilliant girlfriend, Detroit (Tessa Thompson), a sign-twirling gallery artist who is secretly a part of a Banksy-style collective called Left Eye. But the unimaginable hits the fan when Cassius meets the company’s cocaine-snorting, orgy-hosting, obnoxious, and relentlessly optimistic CEO, Steve Lift (Armie Hammer). This is Thompson’s and Stanfield’s second film together after their work in the critically-acclaimed film Selma. 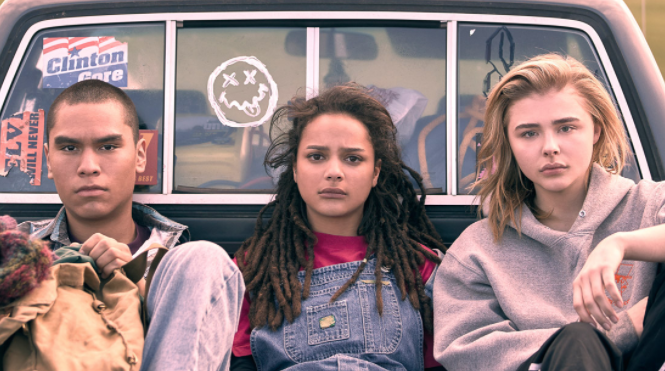 Sasha Lane was the talk of the Toronto International Film Festival last year with her debut film American Honey which earned her several nominations and a win from the British Independent Film Awards. Sasha now is appearing in The Miseducation of Cameron Post, Cameron Post (Chloë Grace Moretz) looks the part of a perfect high school girl. But after she’s caught with another girl in the back seat of a car on prom night, Cameron is quickly shipped off to a conversion therapy center that treats teens “struggling with same-sex attraction.” At the facility, Cameron is subjected to outlandish discipline, dubious “de-gaying” methods, and earnest Christian rock songs—but this unusual setting also provides her with an unlikely gay community. For the first time, Cameron connects with peers, and she’s able to find her place among fellow outcasts.

Franchesca Ramsey in “Franchesca” as part of the Indie Episodic Program 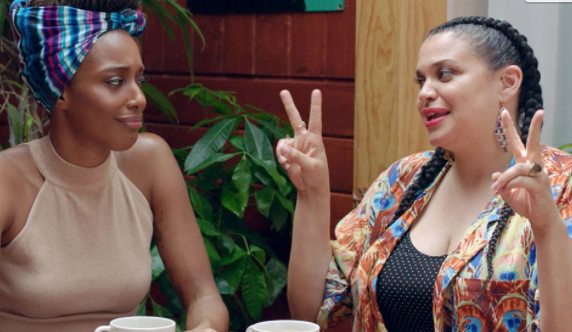 We here at Black Girl Nerds are big fans and supporters of Franchesca Ramsey, and it’s super exciting that she is making her debut at Sundance with a pilot of a new independently produced series she’s starring in. Comedian Franchesca Ramsey finds communion and culture in this short-form series that explores beauty and fashion in the digital age. This episode finds Franchesca escaping ubiquitous internet trolls as she spends the day with friend Michelle Buteau getting an ornate Japanese gel manicure.

Dominique Fishback and Tatum Hall in Night Comes On

If you’re a fan of HBO’s Show Me A Hero and The Deuce, then you’re probably familiar with Dominque Fishback’s work. Dominique is starring along newcomer Tatum Hall in the film Night Comes On. Co-written by Angelica Nwandu the founder of The Shade Room, a celebrity gossip site that has since branched out into covering politics and focusing on Black culture news.  Eighteen-year-old Angel leaves her stint in juvenile detention with nothing but a few bucks and a dead cell phone. After serving time for unlawful possession of a weapon, she’s thrown back onto the streets and into a world riddled with the demons of her past. Her little sister, Abby, is stuck in foster care while her dad, responsible for the murder of their mother, roams free in some undisclosed suburb. But Angel, strong-willed and resourceful, has a quick-fix plan: find Abby, get a gun, hunt down her father, and hit the reset button on her and her sister’s life.

Meagan Good in A Boy, A Girl, A Dream 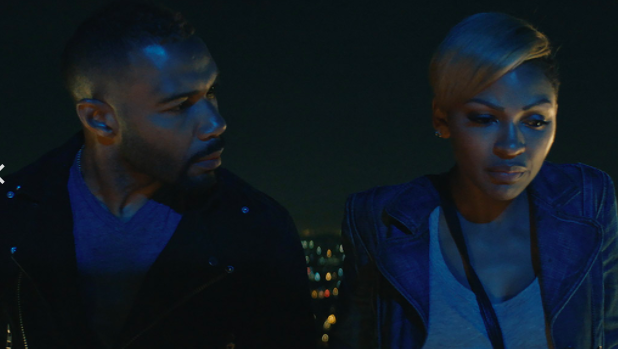 You can never have too much of Meagan Good in your life.  We’re seeing her on the big screen at Sundance 2018 in the film A Boy, A Girl and A Dream directed by Qasim Basir.  Cass (Omari Hardwick), a handsome USC grad stalled in his career, is getting lost in the alcohol- and drug-infused world of LA club promotion. On the night of the 2016 presidential election, he meets Frida (Meagan Good), a beautiful, spirited midwestern visitor dealing with a difficult breakup. Their chemistry is undeniable. Nothing will ever be the same again. We’re excited to see this as we wait with bated breath for Good’s impending Hulu TV series reboot of the famed blaxploitation 70’s film Foxy Brown. 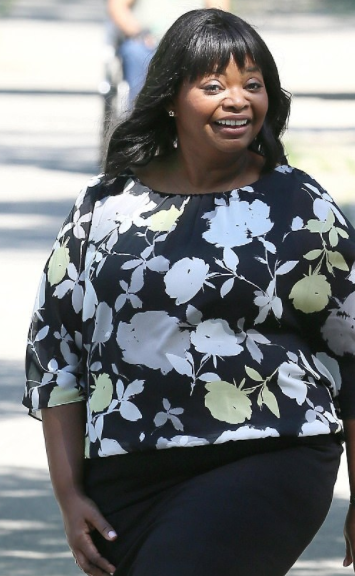 Academy Award-winning actress Octavia Spencer who’s performance in The Shape of Water is currently buzzing among film critics everywhere, is set to appear in A Kid Like Jake at Sundance 2018. In a supporting role, Spencer stars in this story about loving parents Alex (Claire Danes) and Greg (Jim Parsons) are faced with the daunting task of applying to prestigious kindergartens in NYC for their 4-year-old, Jake. Competing in this cutthroat environment means focusing on what is most unique about a child, forcing Alex and Greg to consider Jake’s love of dresses, fairy tales, and princesses. These qualities never seemed unusual before, but when Jake begins to act out in preschool, Alex and Greg—suddenly at odds—must find a way to support Jake’s identity without losing each other in the process. 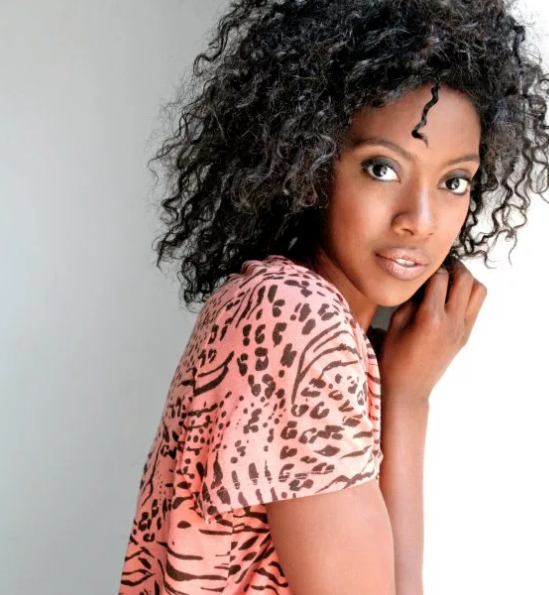 Condola Rashad will play Gina, the wife of Carlton Pearson (Ejiofor) in the Netflix drama Come Sunday. Every Sunday, Bishop Carlton Pearson—evangelical mega-star, brilliant orator, and television host with millions of followers—preaches the fundamentalist gospel to 6,000 supplicants at his Higher Dimensions Church. He’s the pride and joy of his spiritual father, Oral Roberts, and the toast of Tulsa. One day, rattled by an uncle’s suicide and distraught by reports of the Rwandan Genocide, Pearson receives an epiphany. Suddenly it’s crystal clear—God loves all humankind; everyone is already saved, whether Christian or not; and there is no hell. But these ideas are heretical, violating sacrosanct doctrines. Fun fact: The script was written based on a 2005 episode of the popular radio show “This American Life”. 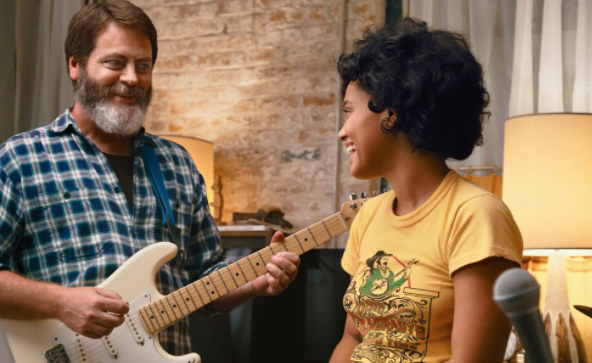 Kiersey Clemons who’s getting prepped for her role as Iris West in Flashpoint will appear at Sundance 2018 in Hearts Beat Loud. As single dad Frank (Nick Offerman) prepares to send hardworking daughter Sam (Kiersey Clemons) off to UCLA pre-med, he also reluctantly realizes he has to accept that his own record-store business is failing. Hoping to stay connected with his daughter through their shared love of music, he urges her to turn their weekly “jam sesh” into an actual band. Channeling Sam’s resistance into a band name, they unexpectedly find We’re Not a Band’s first song turning into a minor Spotify hit, and they use their songwriting efforts to work through their feelings about the life changes each of their faces.

Seeing Black Women Directors Profiled in Half The Picture 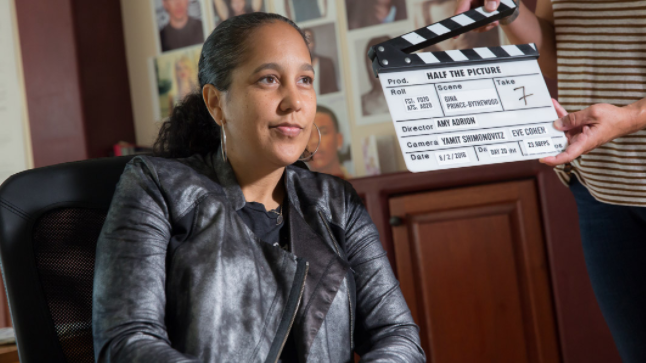 As a film school grad, current film critic and fan of women filmmakers, I am beyond excited to see Half The Picture. I’ve had the pleasure of interviewing some of these women featured in this documentary and I’m curious to see and hear more about their journey in the entertainment industry.  The following Black women directors profiled are Gina Prince-Bythewood (pictured), Kasi Lemmons, Tina Mabry, and Ava DuVernay.