Music and sports weren’t the only form of entertainment to break barriers and introduce us to new and exciting material. Both the silver and living room screens offered us such a beautiful variety of content that boasted a diverse blackness, never painting us all with the same brush but instead taking care to show the many nuances and differences that come with being Black.

There were a number of documentaries released this year that really offered a compelling look at many important topics. Ava DuVernay’s 13th discussed in-depth how broken the U.S. justice system really is, shining a light on the mass incarceration of Black people and how it extends from the 13th Amendment’s abolishment of slavery, except for punishment for a crime. It was haunting and infuriating, but an extremely necessary film that chronicled racism in America and where we go from here.

Earlier in the year, we saw PBS’s doc The Black Panthers: Vanguard of the Revolution by filmmaker Stanley Nelson. This film deeply examines the movement in the 1960s from tales by former Black Panthers themselves, reinforcing how powerful and culturally important the movement was and the groundwork it laid for social justice movements today. From discussions on its vilification by the government to hairstyles and clothing worn by the Panthers, the film slices the movement thin enough to inspect every aspect from a first-person perspectives.

PBS also produced A Ballerina’s Tale, a documentary on ballerina Misty Copeland, documenting her rise to fame, becoming the first Black principal dancer with the American Ballet Theater. The film takes a look at Misty’s career and the history of ballerinas of color as well as their lack of representation inside of ballet companies. 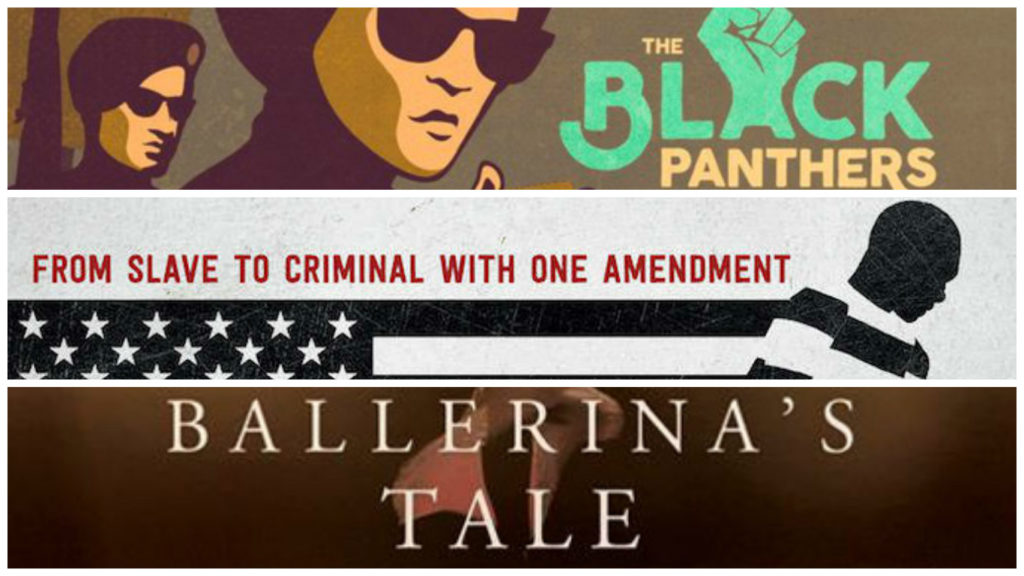 2016 was also a phenomenal year for Black people on television. I can’t stress enough how amazing it was to see such a vibrant and multifaceted display of blackness every night on prime time TV, with us as principal characters. We got to be the heroes and the villains, in comedies and dramas, in front of the camera and behind it.

black-ish pulled off one of the best episodes of the spring season in “Hope,” where Andre and Rainbow have The Talk with their children about police brutality. Through humor and heartbreak, the show nailed it, perfectly balancing a difficult topic inside the parameters of a sitcom. Empire also delved into a police brutality narrative, acutely displaying what police violence looks like and how we combat it. The show is known for taking its stories from headlines and was praised for addressing real problems and authentic experiences that far too many of us are familiar with.

One of the greatest additions to television this year was the sheer amount of high-quality shows we got featuring Black characters. While staples like Shondaland’s Scandal and How to Get Away with Murder kept us on the edge of our seats with their typical melodrama in storylines like a tumultuous election season and…yet another murder, their were so many new shows that exploded onto the scene in fantastic ways.

Issa Rae’s Insecure and Donald Glover’s Atlanta were the two freshest comedies to debut this year, both bringing wildly different looks at life in young Black America to the small screen. Queen Sugar was another star of 2016, a beautifully shot drama by Ava DuVernay about estranged siblings in the south coming together after their father’s death. Other than being enticingly addicting, the nuances behind the scenes are commendable, like the perfect lighting on different shades of black skin and having each episode directed by women.

Pitch gave us feels from its pilot episode, featuring Kylie Bunbury as Ginny Baker, the fictitious first female pitcher in Major League Baseball, and showing her journey from childhood to achieve her dreams. One of the best things about Pitch, similar to Insecure, is its precise display of Black female friendship, showing a deep, unique love and support, especially in such a grandiose situation.

Other much anticipated tv shows came not on cable or satellite, but streamed on Netflix. Luke Cage and The Get Down were two breakout hits that featured largely Black casts and hit it out of the park. Luke Cage was every comic book nerd’s dream come true, steeped in hip hop culture and Luke’s occasional corny lines, the show is as indestructible as the titular character himself. The Get Down remixed the birth of hip hop in 1970s New York, to some viewers dismay, but ultimately gave us great performances from a multitude of young actors and also some great afros.

Black Girls Rock! gave us so many powerful moments, from Tracee Ellis Ross slaying like her mama to Gladys Knight’s Living Legend Award speech and Rihanna’s tearful speech of her own. It spanned generations of celebrating Black girlhood.

Shondaland’s own Kerry Washington and Viola Davis both started their own independent production companies, which we will surely see amazing things from in the coming years, and Denzel Washington directed the harrowing mid-season premiere of Grey’s Anatomy that left the audience speechless as only a Shonda production could. 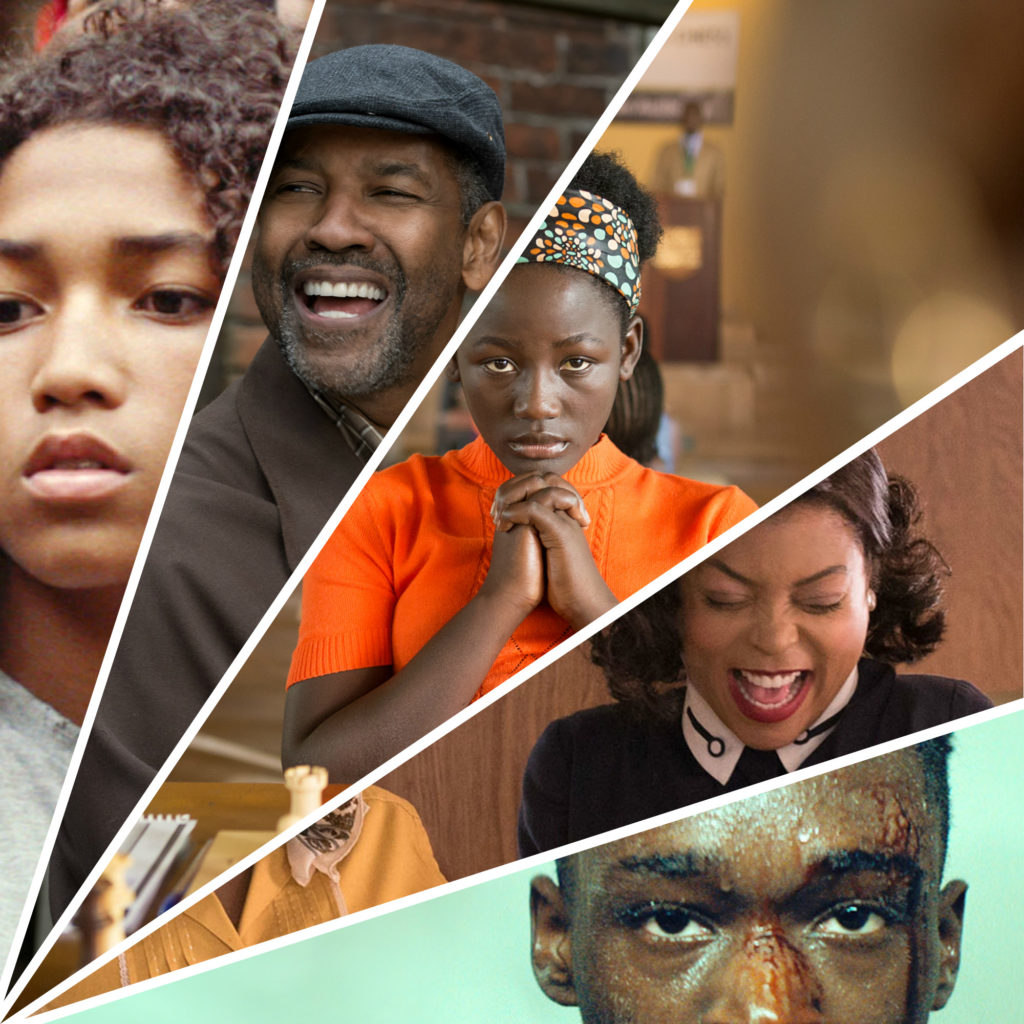 Television was vibrant and bright this season, and was matched perfectly by its counterpart in film. Moonlight  has been the talk of the town for the past few months, and for good reason. The movie is supremely vital and brilliant in so many ways. It’s breathtaking, dreamy, dizzying, and absolutely remarkable; there’s a reason everybody has been talking about it.

This year gave us so many other movies about the adventures of Black youth, like Kicks, which chronicles a young boy’s journey to get back the sneakers that were stolen from him, and The Fits, about a mysterious girl who loves boxing and how her transition into adolescent girlhood plays into her passion. We saw Queen of Katwe, based on a true story of 10 year old Phiona and her rise to chess champion in Uganda, with incredible performances by Lupita Nyong’o, David Oyelowo, and newcomer Madina Nalwanga.

Barbershop: The Next Cut brought back a host of old characters from a decade past and introduced the series to a new generation through new players and its discussion of real world issues, like gang violence and racism.

HBO’s powerful masterpiece Confirmation tells the story of the sexual assault case brought against Clarence Thomas by Anita Hill during his Supreme Court hearings, with roles fulfilled phenomenally by both Kerry Washington and Wendell Pierce. It gave a unique and formidable insight into the 1991 court proceedings.

Black actors gave great performances, like Leslie Jones in Ghostbusters, Chadwick Boseman as Black Panther in Captain America: Civil War, and so much more. Ending the year were the powerhouse performances by Viola Davis and Denzel Washington in Fences. The much awaited film was remarkable in every way, delving into the racial tensions of 1950s Pittsburgh and generating serious Oscar buzz. On Christmas Day, the much awaited Hidden Figures with Taraji P. Henson, Octavia Spencer, and Janelle Monae, enjoyed limited release and will spread to wide release on January 6 of this year.