Rogers showed us the type of man he was (not a good one) and Berringer got his comeuppance. 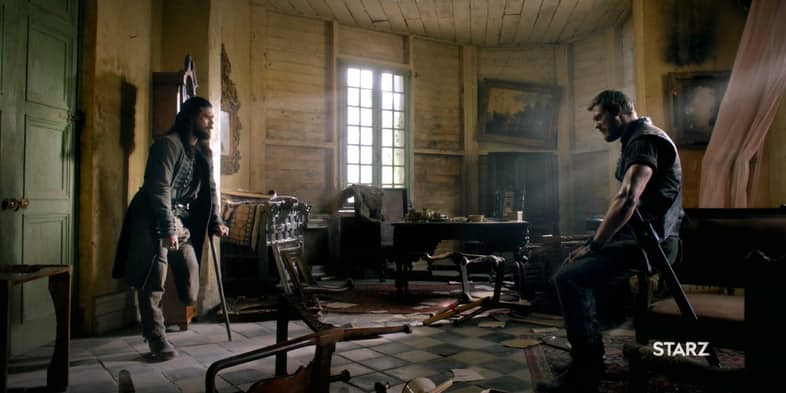 Since the upheaval of Rogers regime, Nassau is going wild, so Flint suggests they try to reign in the men. The men he chose to do this argue with him and refuse to bring them in until Silver tells them to do it. Flint is not happy and he says that once the men realize that he and Silver are co-partners they’ll listen to Flint better. The problem is, they aren’t co-partners. Silver is the face of the movement and Flint is having a hard time accepting that.

Flint and Silver are trying to find Max for an exchange with Eleanor, but no one has seen her. Silver asks about Billy and Dobbs tells him they’ve been avoiding Billy’s crew as they don’t want to cause any issues. Silver tells Dobbs that he wants Billy asap.

Flint, Silver, and Madi are worried about Billy’s influence on the island — and they should be worried. Billy shows up and says he’s trying to help the transition. Madi is to go to the slave estate so she can try to salvage their relationship which Billy ruined, but we find out that Billy has Max, and that’s a problem.

Billy shows them Max and wants to talk to Silver alone. Billy talks about using Max to give justice to the one responsible and he says it’s not worth giving her up for 20 men. Silver says those are his brothers. Billy says that Flint will just drive them into one storm after another until they are all gone. Billy warns Silver that Madi will be consumed by Flint’s need for war.

Hands foreshadows to Flint that Teach gave him up for someone better and that Silver may be doing the same. We already know that Hands is Silver’s right-hand man on Treasure Island.

Silver visits Max. He really needs another leg because he is struggling with those crutches. Silver was able to arrange that Max is taken to Eleanor and he asks her why she didn’t kill him. She said that she couldn’t live with killing him and that she was gonna send him to work for a man in Florida who takes family members of wealthy people that are seen as troublesome. Silver asks if she knows what families and she says she does not. I can see where Silver is going with this and I really think (hope) that Thomas is there.

Silver tells Flint that Madi is his most vulnerable point and he can’t bear the thought of losing her. Silver asks Flint if he’d be willing to trade all of this for Thomas. Flint non answers and tells Silver that Billy got inside his head.

The issue with Thomas being alive means that Flint has spent years trying to avenge his death when he could’ve rescued him this whole time. Miranda would still be alive and their lives would be so different and at this point, Flint won’t be able to let go of his need for vengeance.

Madi heads to the estate Billy took and she talks to Ben Gunn. She sees some of the men are still in chains and he tells her that they were not happy and he couldn’t risk letting them go. Madi asks about the other slaves and Ruth tells her that after her beating at the beginning of the episode, some of the men rose up and conquered the slave owners. They are building an army ran by Julius and they don’t see a difference between slave owners and pirates and anyone that associates them. This puts Madi in a pickle and when push comes to shove, I think Madi is gonna choose Silver over her people. 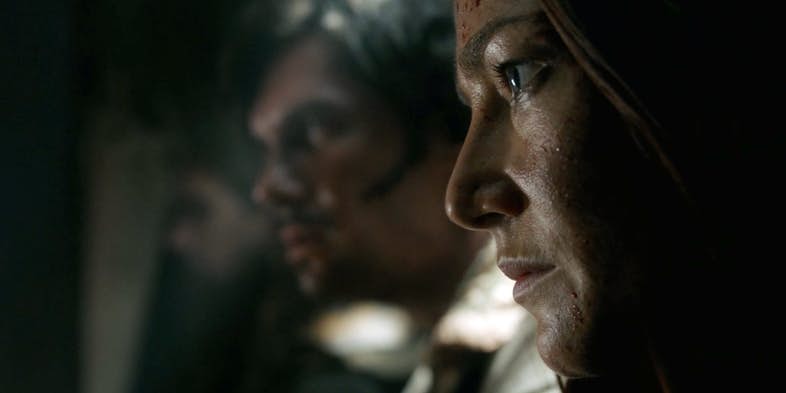 Rogers finds out that Eleanor didn’t leave Nassau so he takes a small ship to Nassau and leaves the pirates with some of his men who are not happy about staying behind.

And of course, the man Rogers left decides that because he doesn’t get to fight at Nassau he wants the pirates they captured to fight them which is foolish. Rogers really needs to pick better men to leave in charge because so far they have all made bad decisions.

Rogers man says that they won’t be taking all 42 of them, that Rackham has to choose who goes first to fight and of course they don’t fight fair.

Anne tells Rackham that they have to send someone they won’t expect meaning herself. Anne lets herself get beat as she crawls towards some glass. She grabs it and stabs two of the men then throws the keys to the tied up pirates. They start fighting the other men and Anne is really jacked up. I hope she’s okay.

The thing that annoys me is that Rackham is always letting others do the heavy lifting for him. Vane, Teach, his own men, and now Anne have all had to try and get them all out of a bind while he sits back and does nothing.

Eleanor makes it to safety under the fort. Planters (slave owners) are having revolts with their laborers (slaves). She thinks that she can make Nassau the same again, but that’s not gonna happen. We find out that Eleanor is expecting which of course she is. She doesn’t want to leave her husband to this gruesome place, but Rogers and his men are worse than the pirates.

Max makes it to Eleanor and tells her that she warned her that all of this would happen. Sails are seen and it’s Rogers. Eleanor sends for Flint and Silver and she tells them that she will give them the Fort, guns, and everything if they give her the cache of the Urca de Lima gold. Eleanor says she’s tired of all of this and wants it to end, but she started all of this. She is the one that sent Flint for the gold and only now that Rogers has the Spanish after him does she care about it. Flint agrees to stay with her, which is also a bad plan.

Flint’s making decisions without Silver because he’s trying to gain his power back and we already know he doesn’t think in the long term. I also don’t know why Eleanor thinks that Rogers will go for this plan as he’s as intent on having Nassau as much as Flint is. 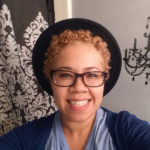