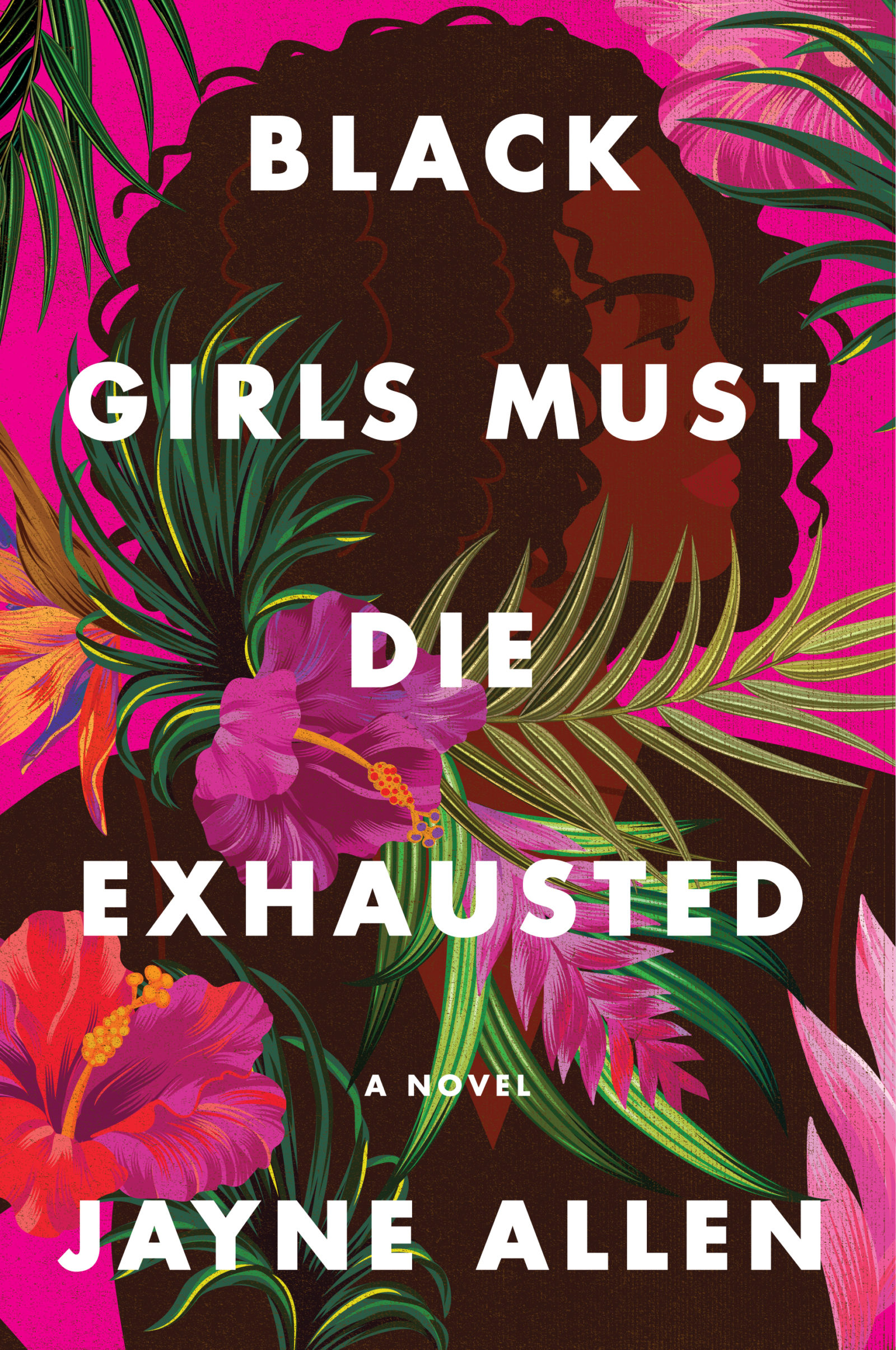 Since its original self-published release in 2018, Black Girls Must Die Exhausted has been on the radar of well-read Black girls. The book was originally a trilogy project by author Jayne Allen. Yet after a massively positive independent release, Allen was offered a four-book deal by Harper Collins — a highly unusual feat in the publishing world.

So how good does a book have to be to get published twice? Let’s discuss.

Tabitha Walker has it all — a well-respected job on the local news, an enviable boyfriend, supportive friends, and ample savings to put a down payment on the house of her dreams. As a woman in her early thirties, everything seems right on track for her. That is, until a routine checkup reveals that she also has a dwindling egg supply that’s been diagnosed to run out within the next six months if she doesn’t do something. Fast.

Determined to have the biological family of her dreams, Tabitha must scramble to pull her life together against a ticking clock. This means getting her boyfriend on board with the domestic future she’s aiming for, figuring out how to finance the five-figure expense of egg freezing, supporting her friends in their own spiraling romantic lives, and trying to score a promotion over her cocky coworker.

At its core, Black Girls Must Die Exhausted is about the never-ending series of demands that are constantly placed on Black women and how we are expected to manage them all without breaking a sweat. In Tabitha’s case, these demands show up in family, friends, and work responsibilities. The stress and fast-paced nature of her life are ultimately the cause of her infertility issues in the first place. As the pieces of her life begin to fall apart, her interpersonal relationships become strained, and we see the facade of perfection fall away as she makes increasingly desperate and erratic choices.

All the while, many of the white characters are eager to pile onto her, expecting her to prioritize their issues, as well as relinquish her free time and commitment to her personal life. Even when she’s not being directly asked to take on new burdens, society demands that she go the extra mile to be “presentable” as a Black woman — straight hair, perfectly neat appearance, and always in shape to meet beauty standards.

Affairs, workplace competition, pregnancy bombshells and more abound in this true-to-life story of a Black woman on the edge. And make no mistake about it — Allen knows how to write compelling drama. This novel was definitely a page-turner from start to finish. It’s also clear that when it comes to writing about the inner life of a successful young Black female professional, Allen has plenty of experience to pull from. The author herself is a Harvard Law graduate turned speaker, business executive, and “serial entrepreneur,” in addition to being a writer of clear talent.

All of that being said, I did have a few reservations about the book.

On a personal level, while it was an entertaining read, the narrative didn’t really resonate with me in a number of ways. Allen’s fervent emphasis on the precarity of Tabitha’s “only” shot at a family, coupled with the fairly hostile attitude the book had towards characters who weren’t particularly interested in marriage or children, was off-putting. As a Black woman with my own infertility issues and differing attitudes towards family and relationships, it was often an isolating read. Kudos to Allen’s skill as a writer in making me invest and sympathize with her main character, despite feeling like I almost certainly wouldn’t like Tabitha’s more shallow and classist tendencies if I knew her in real life.

One thing I did love, however, was the beautiful way Allen portrays complex familial relationships. Tabitha and her grandmother of the same name are thick as thieves, and the story does a brilliant job of capturing the depth of their bond and the importance of intergenerational relationships. As someone with a similar relationship to my own grandmother, I thoroughly enjoyed the representation of that. There were also a lot of great illustrations of the complicated dynamics between parents, step-siblings, blended families, etc.

This book is the beginning of what aims to be a series. As such, a lot of threads remain unresolved by the end but offer a good amount of intrigue to keep readers wanting more. The novel is scheduled for release on September 28, 2021.