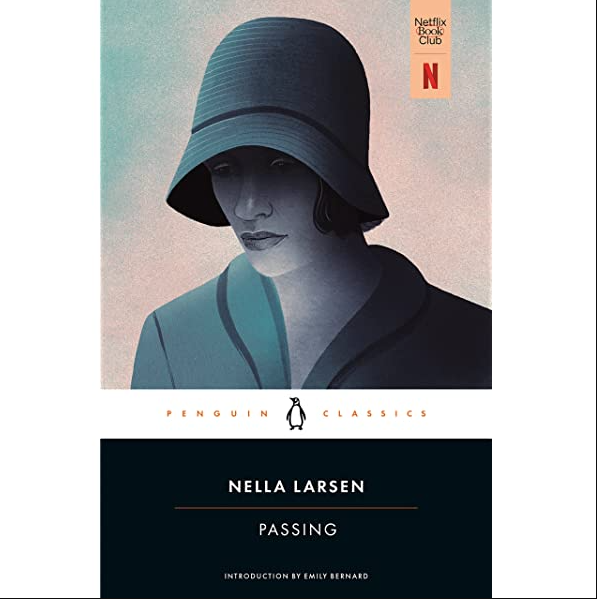 Imagine this: You’re living your adult life in the 1920s, at the onset of the Harlem Renaissance. You are extremely light-skinned but still labeled Negro because of your ancestry. You grow up in a world of fear, discrimination, and poverty. You are also a girl in a patriarchal society.

You realize that you have an opportunity to “become white.” You can finally forget everything you have been through in your childhood as a Negro. You can cross over to the mainstream life. You can have a white husband; you can have all the things you’ve ever wanted. Now, there is a new fear — the possibility of becoming a mother and your child being born darker than it should. You would be found out and the “white life” as you know it would be over.

The classic novel Passing, by author Nella Larsen and originally published in 1928, focused on the fluidity of racial identity. In just over 100 pages, Larsen tells the story of Clare Kendry, a light-skinned Black woman who chooses to “pass” as a white woman and is married to a racist white man. Clare’s childhood friend, Irene Redfield, also light-skinned, has chosen not to pass and is conflicted over Clare’s decision to do so.

The story is more than just a light-skinned Black woman having the ability to pass for white. This is a story about the rules of race, gender, class, and ambition; about refusing to allow anything to discourage you from your goal; about the mental and emotional breakdowns that happen due to a lack of communication.

The language of this book is eloquent, which helps to bring the character’s thoughts and feelings to life. It is written in the third person but from the viewpoint of Irene. This is important because you always have to consider the reliability of the narrator. There are moments when I needed to know more and was unsure how to feel about certain things taking place. But if the narrator, from their perspective and truth, is not willing to take the reader on that journey, you’re left to just wonder.

Clare is the most memorable character of this novel. She is beautiful and charismatic, perpetrating this life as a married white woman. Her husband has absolutely no idea; in fact, he makes off-color jokes about her tan skin. She is reunited with her childhood friend, Irene, who is a wife and mother. Irene is very accomplished and part of Harlem’s elite crowd. Even though her husband and sons cannot pass for white, Irene often does in public to ensure her safety or comfort in white spaces. She is doing so the day she runs into Clare.

From the book: “Irene squirms under Clare’s unflinching stare, terrified of being seen for who she is, and also afraid of the embarrassment that would result from being ejected from the hotel. But even as she squirms, Irene cannot help but be aware of the exquisite beauty of the woman with the potent gaze.”

The subtext of this novel is the sexual tension between Clare and Irene. Throughout the novel, Irene expresses not just her love, but her desire to be Clare since she represents everything Irene is not. Clare lies throughout the novel, which gives her a freedom that Irene denies within herself. As a result, Irene shifts to hating Clare because she discovers a sexual passion inside herself for Clare. Irene tries to push these feelings away by not responding to her letters as well as refusing to invite her anywhere. Ultimately, Irene continues to deny what she’s feeling and projects her anger onto her husband, Brian. She starts to hallucinate that the two are having an affair behind her back.

The Harlem Renaissance was such a defining movement for Black arts and culture. According to a 2014 article from The New Yorker, “The Harlem Renaissance was surely as gay as it was black.” There was a growth in art, jazz, and blues, and yes, drag. This time period was defined as a “homosexual mecca and queer paradise.” So, I was not surprised at all by the subtext of this novel. It serves as a worthy backdrop.

At times, I found myself feeling sorry for Clare, even though she is willingly participating in something that is insulting to other Black women. Although she can be arrogant and even annoying, she is caught up in the desire to be part of a life that was better than the one she had. When she says how much she wants “to see Negroes, to be with them again, to talk with them, to hear them laugh,” the author describes her facial expression as “groping, and hopeless, and yet so absolutely determined.” Clare misses her Black people. But that feeling was not greater than having the life she wanted.

This is also a story about the gap between who we are and who everyone thinks we are. What is interesting is that the book offers up standards of beauty that are just as ingrained in us now as they were back then. Passing opens the door a little wider for conversations about racial identity, colorism, and self-preservation.

America has come a long way since this book was written, but there are still so many expectations about what Black women should be as representatives of our culture. Passing suggests that white women are not held to the same standard. Women of all races have pressures and obstacles to bear. However, these burdens are carried differently.

Passing has been selected as the first pick for the new Netflix Book Club, hosted monthly by actress Uzo Aduba. The official movie edition of Passing goes on sale November 9th. The film adaptation of the novel, directed and written by Rebecca Hall and starring Tessa Thompson and Ruth Negga, will begin streaming on Netflix November 10.