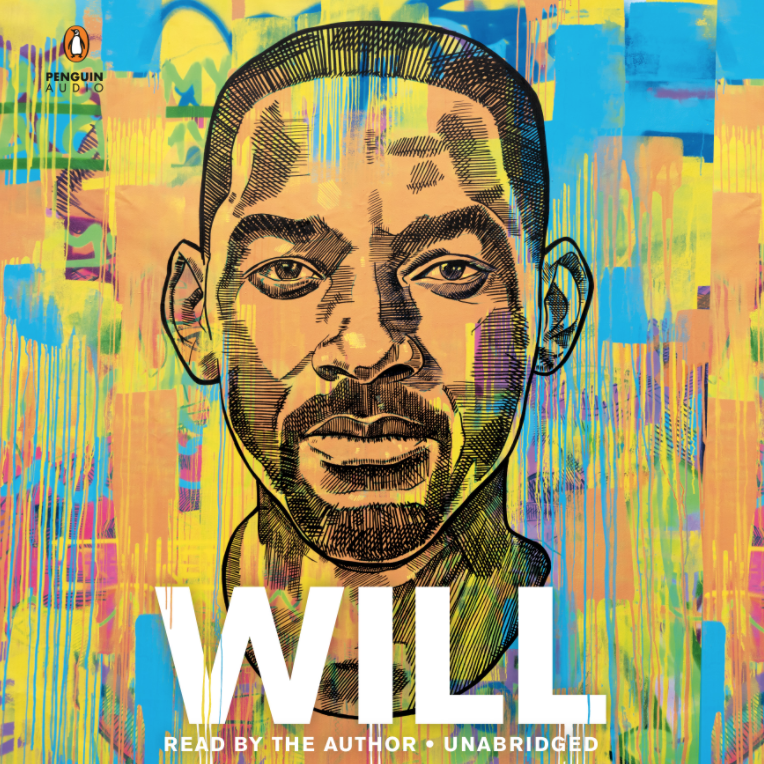 The entire world knows Will Smith. No, I mean really, it’s like we know him. Our Fresh Prince, our Man in Black, our Bad Boy, our hero that saves the day. There aren’t too many people I meet that have not been a fan of Will Smith’s since the ’90s. In the audiobook version of his new memoir, Will, Smith gets real, raw, and honest from the start. He introduces another side of himself that has driven his unmatched work ethic and is also rooted in pain.

I love rich storytelling, and Smith doesn’t disappoint. He begins not with the Fresh Prince of Bel-Air theme song we all love so much or even a wild Hollywood story. He begins with him being 9 years old standing in the doorway watching his father beat his mother. It was a moment that shaped his identity. He described his father as being the “greatest blessing and the greatest source of pain” in his life.

From the book: “What you have come to understand as ‘Will Smith,’ the alien-annihilating MC, the bigger-than-life movie star, is largely a construction — a carefully crafted and honed character designed to protect myself. To hide myself from the world. To hide the coward. How we decide to respond to our fears, that is the person we become.”

Listening to this audiobook gives extra special features. Smith raps, plays piano, and plays sound-bites from his life. It was so well done. It covered everything from his early home life, how he got started rapping, his rise to fame and immense success, but also the downfalls. It was hilarious, especially his teenage stories. It was the humor we have come to love from Will Smith.

Smith is a master storyteller. A few stories he admits to not remembering all the details fully. It’s okay, because he still has a great memory. I laughed out loud about Uncle “Whatchamacallit” and Charlie Mack, cried tears over his grandmother GiGi, gave gratitude he had a friend like J.L., became shocked over how he handled his 2011 break-up with now wife Jada Pinkett Smith, and got up off my couch to dance and rap along to the music.

In Chapter 5, entitled “Hope,” Smith tells the story about receiving his SAT scores midway through his senior year of high school. “Low 1200s. This was far from a perfect score but for a Black kid from an inner-city school in Philadelphia, those numbers were more than good enough to get me really good options for college.”

Smith excelled in math and science. His mother, who he affectionately called Mom-Mom, valued education more than anything. She was an educated woman herself. He said that “she loved words and spoke with an academic excellence.” You could hear his voice beaming as he described how Mom-Mom built a “war room” for him. She had a map of the United States, cross-referenced engineering schools with cities where they had family. She narrowed down the schools, filled out all the applications, handled all the logistics for housing, travel, and financial aid.

This story particularly stood out to me because this was a moment in Smith’s life where he was attempting to declare his independence. We’ve all had that moment — the moment when parents, or anyone, are trying to create your path, and all you want is the opposite. You start to get down on yourself, because you don’t see the light at the end of the tunnel. But I also felt for his mother. As most mothers would, all she wanted was the best for her son and to get him out of West Philadelphia.

Something happened that changed everything. Smith was working a job bagging ice and thinking maybe he could just get a job selling mattresses. He was really in a defeated place. Then, as he listened to the countdown on Power 99, “Girls A’int Nothing But Trouble” took the #1 spot. That song used to be my jam, by the way! He heard his song on the radio for the first time. This was his something that changed everything.

Smith also gives us some sugary tea. Like, the time he fell in love with his co-star Stockard Channing from Six Degrees of Separation. He was newly married at the time and just welcomed his first son Trey. “After the film wrapped, Sheree and Trey and I moved back to L.A,” Smith writes. ”Our marriage was off to a rocky start. I found myself desperately yearning to see and speak to Stockard.”

This is what we want from a Will Smith memoir — great moments that are transparent, behind the scenes, heartbreaking, joyful, and even a little boastful. All of them from his life let us see who Will Smith was, is, and still wants to be. I was impressed by the level in which he opens up. It allows the reader to make a connection with him, outside of the big screen. He lets us see that he’s a real person just like us — managing life, failing, succeeding, and becoming a better version of ourselves.

Even though this audiobook has a lot of profanity, don’t let that deter you. Smith has focused on some very emotional lessons in each chapter, but you have to follow the entire story to fully understand them. It was worth hearing them straight from his mouth. I can tell there’s still more to his story, which I hope he shares with us at some point.

Oprah was right: ”It’s just the best memoir I have ever read because you got the perfect combination of telling me the story and giving me the wisdom behind the story. And then telling me another story and making it so funny.”

Will Smith’s latest film King Richard is currently playing in theaters and streaming on HBO Max.